CELTIC interim boss John Kennedy has slammed the “greed” of the clubs involved in the proposed Super League.

Six English sides and six other top European outfits yesterday announced their plans to break away from UEFA next season, as CQN reported earlier today.

Kennedy, preparing his players ahead of the team’s trip to face Aberdeen at Pittodrie tomorrow night, said: “It’s not for me. I think it’s taking away from traditional football which is ultimately about the support, fans and community.

“It becomes about greed and not what football is all about.”

Turning the focus to events at Parkhead, Kennedy welcomed the early arrival the club’s new chief executive Dominic McKay who will officially take over when Peter Lawwell retires from the position at the end of June. 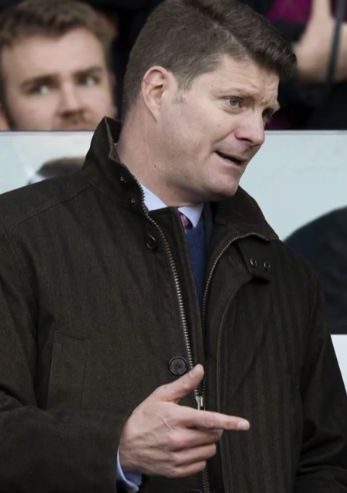 The 42-year-old was originally due to arrive from his executive post at Scottish Rugby in the summer to take over the post, but he checked in yesterday with the Hoops poised for an upheaval of staff following their first trophyless season in 11 years.

The stand-in gaffer, speaking to the Daily Record, said: “I have been here long enough to understand the demands straight away in terms of getting the squad together, getting the team prepared and then you are going into European competition very quickly before your domestic season starts, so I think it is good timing.

“He comes in, he gets a feel for the place, he gets an understanding of how it operates and what he might have to do and that will make the transition easier, having Peter there to help him with that, rather than coming in cold, right on top of the qualifying games.

“So, it is better he is in early, gives him time to bed in and we will see what happens from there.”

Kennedy is ready for the trip to the north east and intends to tweak the line-up that went out of the Scottish Cup at Ibrox on Sunday.

He added: “We’ll make some changes in the coming games, but with a consistency to go out to win the games and represent the club properly.”