PRACTICALLY every Saturday night for almost 18 years, Celtic fan Stephen Donohoe watched a rerun of Martin O’Neill’s team’s gallant effort in their epic UEFA Cup Final encounter against Porto in Seville on May 23 2003.

There was something missing, though, from the traditional weekend viewing – the extra-time period.

Lifelong Hoops supporter Stephen ritually watched the silverware showpiece spectacular and revelled in the perofmance of his team as the confrontation ended 2-2 after 90 pulsating minutes in which Henrik Larsson scored two sublime headers.

The 56-year-old from Glasgow went to the pub with his friends every Saturday evening and, more often than not, would return after his night-out, put on the video tape of the classic meeting with Jose Mourinho’s side before falling asleep in his armchair. 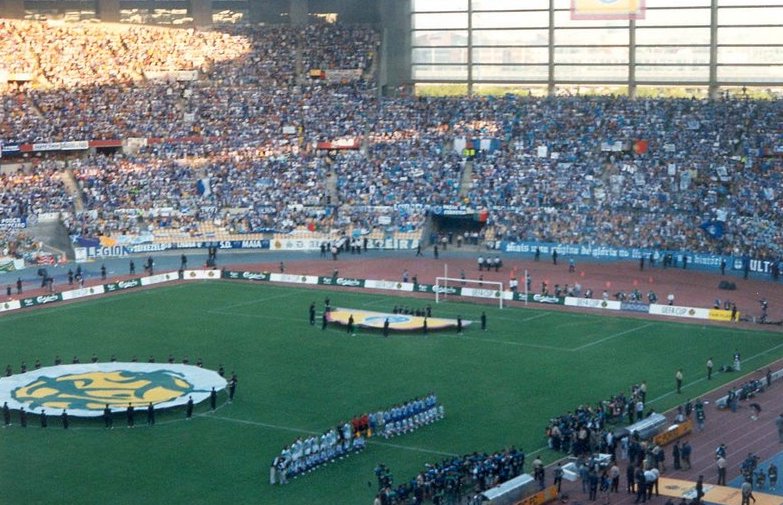 GRAND FINALE…Seville prepares for the epic UEFA Cup Final between Celtic and Porto in 2003. 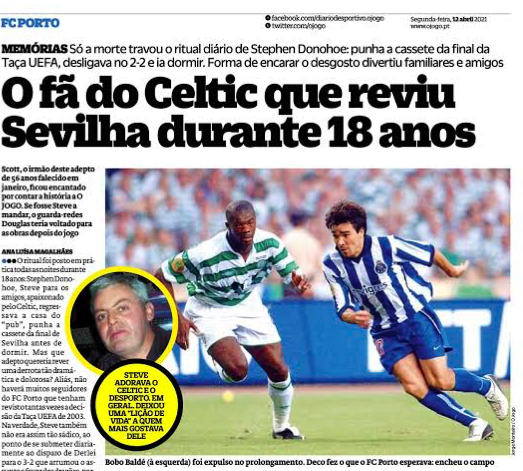 REMEMBERED…Stephen Donohoe in a Portuguese newspaper.

A friend said: “Stephen loved Celtic and thoroughly enjoyed the spectacle in Seville and loved the long and successful journey through many rounds of the-then UEFA Cup that saw the team beat several big-name sides, including Liverpool. It was a very big occasion and a proud memory for the club and its supporters. An incredible 80,000 fans were reported as travelling to that grande finale in the Spanish city.

“It was a really good match and Henrik Larsson, the hero of all Celtic fans, had a fantastic game, scoring two goals.

“Yet Celtic made some really poor defensive errors in the game. Stephen especially blamed goalkeeper Rab Douglas for Celtic losing.

“Nearly every Saturday night when Stephen got home, he watched the video tape, but switched it off at 90 minutes with the game tied at 2-2, before Porto scored the winning goal in extra-time. That way he enjoyed the best bit, but could not bring himself to relive the pain of seeing Porto lift the Cup.” 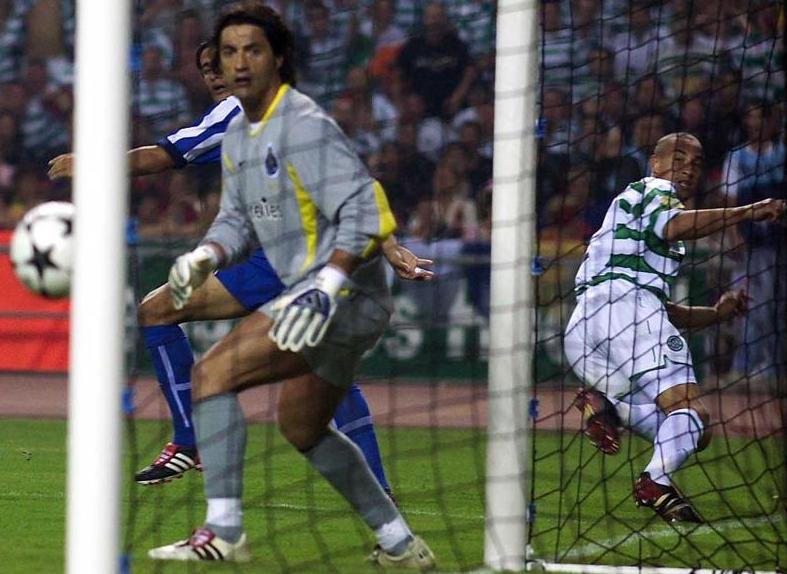 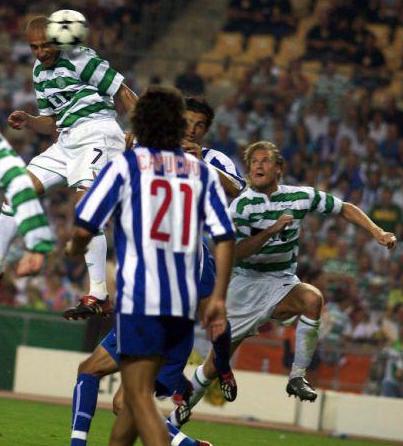 NUMBER TWO…rise and shine as Henrik Larsson thumps in another devastating header.

Brother Scott Donohoe recalled: “There were 13 or 14 people in my house to watch the game. We had some music and beers plus the football, of course.

“The next day, there were some heavy heads with hangovers, mine included.

“Stephen had a great sense of humour and he was a lesson on life to us all. After the defeat he knew to see the positive side of the situation and make some jokes.

“Henrik Larsson and Deco were to be two superstars with Barcelona. And Porto had a fantastic team demonstrated the next season when they won the Champions League.

“Despite the defeat, it was so close to a victory for Celtic. Rab Douglas made some mistakes in the game and Stephen wasn’t happy. 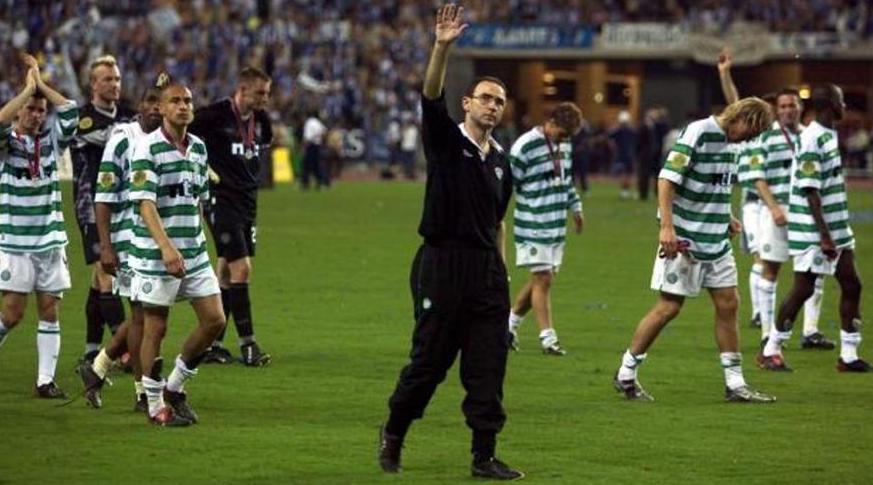 THANKS, FANS…Martin O’Neill leads the crestfallen Celtic players as they wave to their remarkable supporters. 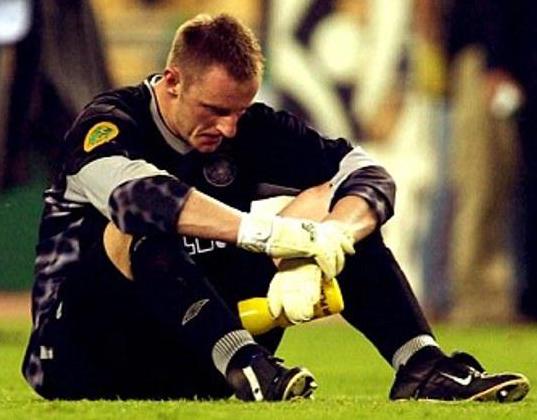 DOWN AND OUT…Rab Douglas looks shattered at the end of the classic encounter.

“He always said he would not die a happy man until he saw the goalkeeper ‘back in his old job as a bricklayer with a trowel in one hand and a brick covered in cement in the other’.

“Eventually, I think Stephen forgave Rab, but did not forget.

“Above all, Stephen had a pride in Celtic and loved sport.”

His friend added: “Stephen’s story is a bit like Bill Murray’s character in the movie ‘Groundhog Day’ where he relives the same day over and over again, but wants it to have a better ending. By Stevie switching off the game at 2-2 it kept the memory sweet and avoided the agony of having to re-live what happened in extra-time.”