The Hoops gaffer is convinced the 34-year-old midfielder can still perform at the highest levels for his country, but believes a recall could upset some of Steve Clarke’s current squad.

Brown quit the Scots in February last year, but left the door open on another cap return in time for the Euro 2020 play-offs in March and potentially the finals in the summer.

Lennon insisted talks with his player would have to take place before any decision was rubber-stamped.

The Irishman, speaking to the Daily Record, said: “The midfield’s functioned very well for Scotland in their last few games and you have Scott McTominay to come back in, as well. 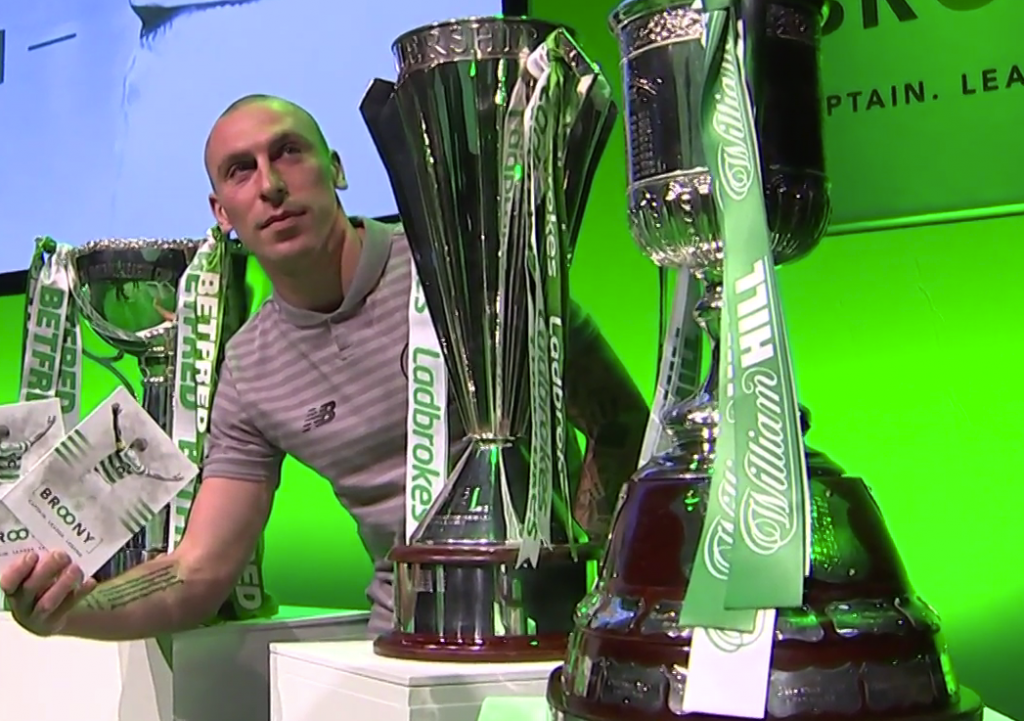 SKIPPER AND THE SILVERWARE…Scott Brown with the trophy haul.

“He’s currently getting a benefit from not playing international football, but how much I don’t know.

“He’s certainly playing very well at the moment and there’s no question he could still make a contribution to the Scottish team.

“It’ll be down to the chat between those two. I think they’ve had conversations before, but I don’t know whether or not that line is still open.

“I wouldn’t be surprised if he was to be called up, but then we’d need to talk about it.

“I totally get the attraction for Scott of having an appearance at a major finals on his cv, but how would his comeback affect the rest of the group, the people who’ve been performing?

“Ultimately, it’ll come down to Steve’s call and then we’ll take it from there.”

Originally, the Hoops powerhouse retired from international football in August 2016, only to overturn his decision two months later. He stepped down again in February last year after a heart-to-heart talk with incoming boss Alex McLeish to focus on Celtic.