CELTIC face a sweat to see if the derby against Steven Gerrard’s Ibrox side at Parkhead on October 17 gets the green light.

The threat of governments on both sides of the border imposing a temporary lockdown to coincide with the October school holidays has raised fears over one the fixture.

Politicians are trying to establish how best to correct a dramatic rise in the coronavirus infection rate.

Ms Sturgeon warned yesterday that “additional restrictions will almost certainly be put in place in Scotland over the next couple of days”.

That could mean a two-week ‘circuit breaker’ lockdown taking place on local October holidays, according to a report in the Scottish Sun.

A leaked memo has claimed that no spectators would be allowed into football stadiums during this period, with “only low-risk outdoor live events” allowed. 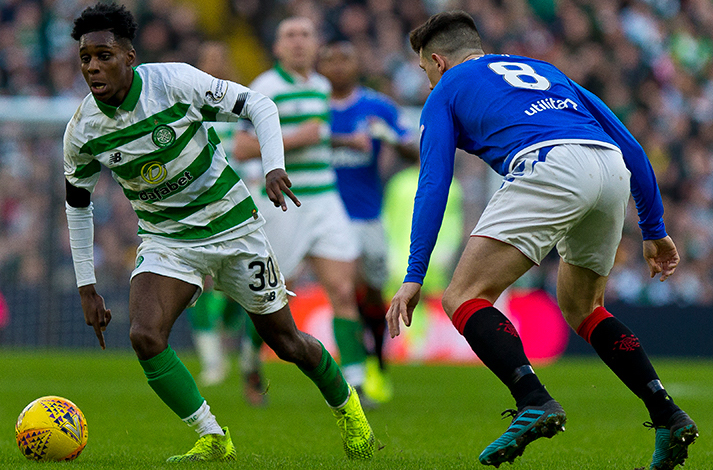 The first Glasgow derby of the season is due on Saturday, October 17, the final weekend of the local school holidays.

Of course, fans are not due to be allowed into Parkhead in any case, but the Scottish Government will see even a closed-doors games between Neil Lennon’s side and Gerrard’s Govan outfit as a high risk encounter that won’t be worth taking.

While the league bosses are still keen that the game goes ahead, they have received no guarantees so far.

Public health officials are also concerned that supporters may gather in large numbers in house parties to watch the game on TV where it is scheduled to be beamed live by Sky Sports.

There is also the danger that clusters of fans could gather near the stadium before and after the match.

The first minister said yesterday: “Any responsible government is looking at a whole range of options. We haven’t reached final decisions yet.”

The Betfred League Cup is due to kick off on Tuesday October 6 while, two days later, Scotland face Israel in a crunch Euro 2020/21 play-off at Hampden. Slovakia are scheduled to visit in the Nations League the following Sunday, then the Czech Republic on the Wednesday.

A full SPFL card in all divisions is currently earmarked for the weekend of October 17/18.