CELTIC have been linked with a THIRD raid on Spurs.

The Hoops signed 34-year-old 75 times-capped England keeper Joe Hart in a £1million swoop at the beginning of August.

And US international central defender Cameron Carter-Vickers arrived on a season-long loan deal just minutes before the August transfer deadline.

Now the Parkhead men have 20-year-old winger Dilan Markanday, who is out of contract in June, in their sights, according to a report in the London Evening Standard. 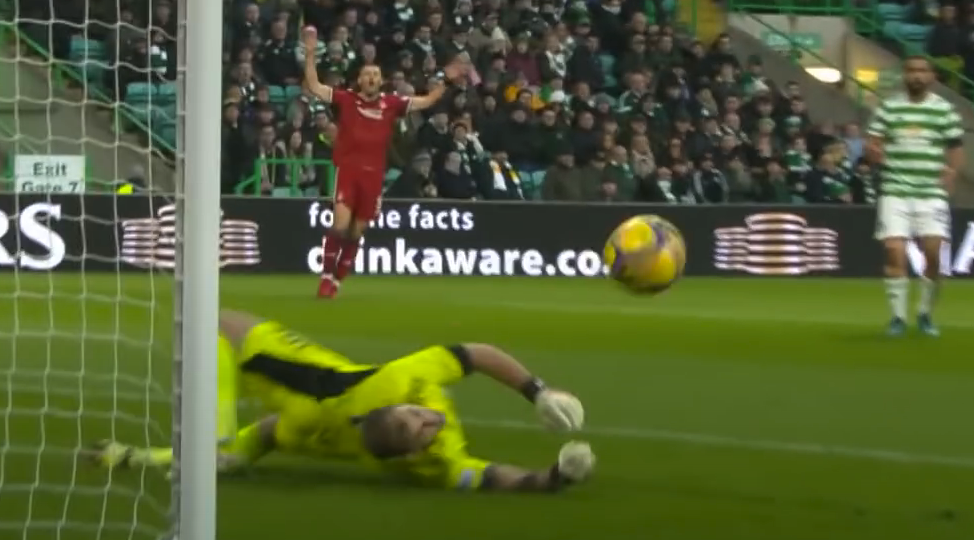 BARGAIN BUY…£1million man Joe Hart makes a superb diving save in the 2-1 win over Aberdeen at the weekend.

The highly-rated youngster, who made his first-team debut in the Europa Conference League game against Vitesse Arnhem in October, is also being chased by a host of Championship sides, including Bournemouth, Nottingham Forest, Queens Park Rangers and West Brom.

Former Fulham boss Scott Parker, who signed Ryan Christie for the south coast club in the summer, worked with Markanday during his time as a youth coach at Spurs and has continued to chart his progress.

With the touchline ace under 24, the London outfit would be due a compensatory fee if he joins another club at the end of his contract, which would be set by a tribunal if he remains in England.

Celtic took advantage of the situation when they fixed up midfielder Liam Shaw and versatile defender Osaze Urhoghide from Sheffield Wednesday in the pre-season.