Celtic Quick News on News Now
You are at:Home»Latest News»CELTIC MISFIT ON MOVE
By CQN Magazine on 24th May 2019 Latest News

CELTIC misfit Cristian Gamboa is poised to return to Danish champions FC Copenhagen – six years after laving them for Rosenborg.

The 29-year-old Costa Rican international right-back is out of contract next week and will be leaving the champions after three seasons at the club, according to a report in The Sun.

Gamboa was one of Brendan Rodgers’ first signings for the club when he arrived in a £1.2million switch from West Brom in August 2016.

The defender had a torrid debut as the Hoops were routed 7-0 by Barcelona in the Nou Camp on September 13 on Matchday One of the Champions League. 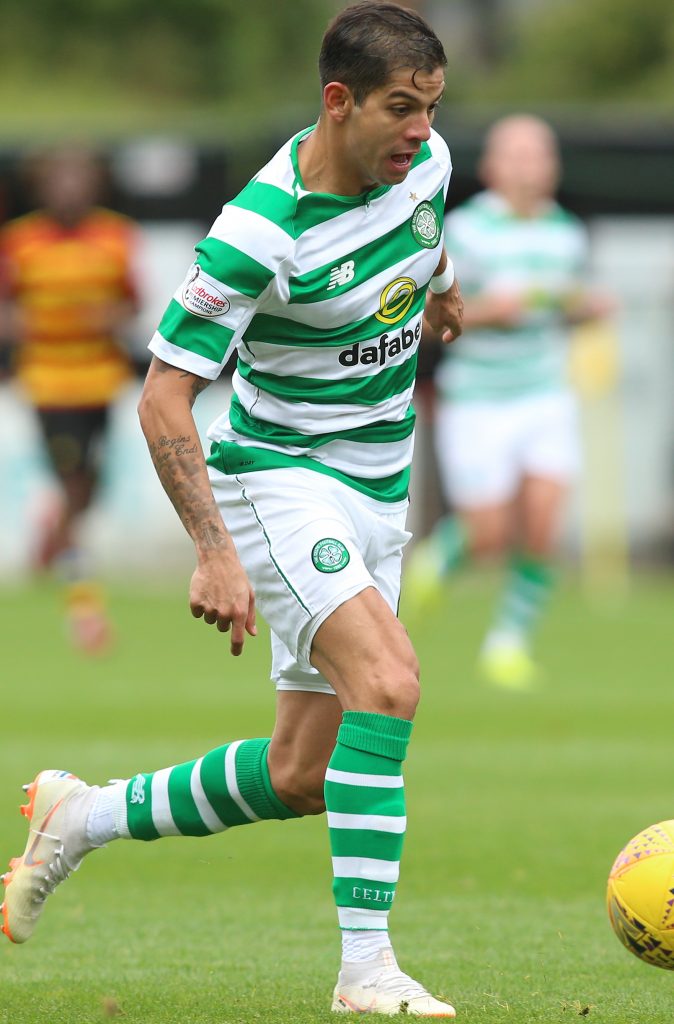 The attack-minded back-four operator hasn’t made a solitary appearance for the Parkhead men in 2019 and can claim only 16 Premiership starts during his stay at the eightin-a-row title kings.

Gamboa was offered a return to Costa Rica by 29-times champions Deportiva Alajuelense, but he rejected the offer to remain in Europe and has been targeted by the Danes.

The pacy full-back won 70 caps for his country, but failed to convince Rodgers or Neil Lennon he was worthy of a consistent place in the top side.

He has been unable to replace 32-year-old Mikael Lustig who is also a free agent after tomorrow’s Scottish Cup Final against Hearts at Hampden.

Gamboa has scored just one goal in his club career – for Norwegian club Fredrikstad eight years ago, but has netted three for his country.