Celtic Quick News on News Now
You are at:Home»Latest News»CELTIC STAND BY FOR EURO BOOST
By CQN Magazine on 16th March 2020 Latest News

SCOTTISH football bosses are poised to make a plea for direct entry to the group stages of UEFA competitions next season.

It comes as the SPFL prepare to announce the league season is officially over – with Celtic declared Premiership champions and Hearts toppling into the Championship.

Scottish football is attempting to keep pace with developments in the midst of the coronavirus pandemic that has put the game in universal cold storage.

According to a report in the Daily Record, there is a growing belief among some top-level clubs the game might not restart until SEPTEMBER at the earliest.

The Scottish Cup semi-final and final ties, originally scheduled over the next two months, are now likely to act as curtain-raisers for the new campaign, as CQN reported earlier today.

There will be no Scottish Cup replays next season, Betfred League Cup group stage games will be vetoed, along with the winter break to free up as much space as possible for domestic and European fixtures. 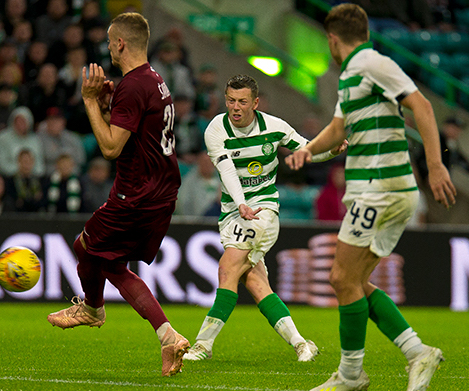 EARLY START…Callum McGregor scores against FK Sarajevo in the Champions League quailifier at Parkhead on July 17.

The SFA are ready to make a representation to the powerbrokers in Nyon that Celtic be allowed direct entry to the group stage of the Champions League, with Steven Gerrard’s Ibrox side, Motherwell and Aberdeen going into the Europa League.

UEFA will make a decision this week on the continuation of its competitions this season and may decide to hold over the remaining ties until later in the summer.

Its competitions for season 2020/21 are likely to be truncated, possibly with only one winner from each group qualifying for knock-out rounds, while home and away matches against the same opposition could be dropped.

In recent years, Scottish clubs have had to undergo the qualifying route to the lucrative group stage, but coronavirus is expected to reach its peak in large parts of Europe by mid-June.

Neil Lennon’s side kicked off this campaign with a Champions League qualifier against FK Sarajevo in Bosnia on July 9 which they won 3-1. They had completed the previous term with a 2-1 Scottish Cup Final victory over Hearts at Hampden on May 25. 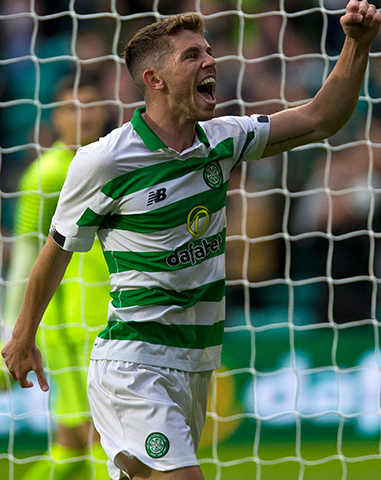 JOLLY IN JULY…Ryan Christie celebrates after scoring against FK Sarajevo in the 2-1 win in Glasgow.

UEFA competitions for this season may yet be decided in the autumn, but the newspaper report states their understanding is that the SPFL are unlikely to follow suit after legal advice not to declare the season null and void, without formal league winners and losers.

SPFL tournaments could be completed from September, but there are fears clubs will not survive over the summer without a cash lifeline in the coming weeks from league bosses.

They cannot distribute prize money until league positions are decided, but would leave themselves open to legal challenge from broadcasters, league sponsors and even club season ticket holders if they simply declared it null and void.

In effect, they have been told by lawyers it would be a declaration of the season never having taken place and would open the floodgates for stakeholders demanding a return on their sponsorship and investments.

Instead, before the end of the month they are likely to call the leagues as they stand, which would give Celtic their record-equalling nine-in-a-row.