THIRTEEN years ago, Stephen McManus and Scott McDonald had Celtic Park rocking to its foundations with two goals in a brilliant 2-1 Champions League triumph over AC Milan.

Gordon Strachan’s side registered a famous 2-1 victory over the reigning European champions on the unforgettable evening of October 3 2007 under the lights in the east end of Glasgow.

Alas, the confrontation is also memorable for one of the most pitiful pieces of play-acting ever witnessed from the Italian club’s Brazilian goalkeeper Dida.

Following McDonald’s late winner, the 34-year-old international dramatically collapsed to the ground after being merely touched on the side of the face by a celebrating fan who was later banned for life by Celtic, who were fined £25,000 for their part in the incident.

Dida ran after the offender before toppling over as though he had been hit by an invisible juggernaut.

He was given treatment as he lay on the turf and was then stretchered off in bizarre circumstances. Onlookers berated the player for overacting. 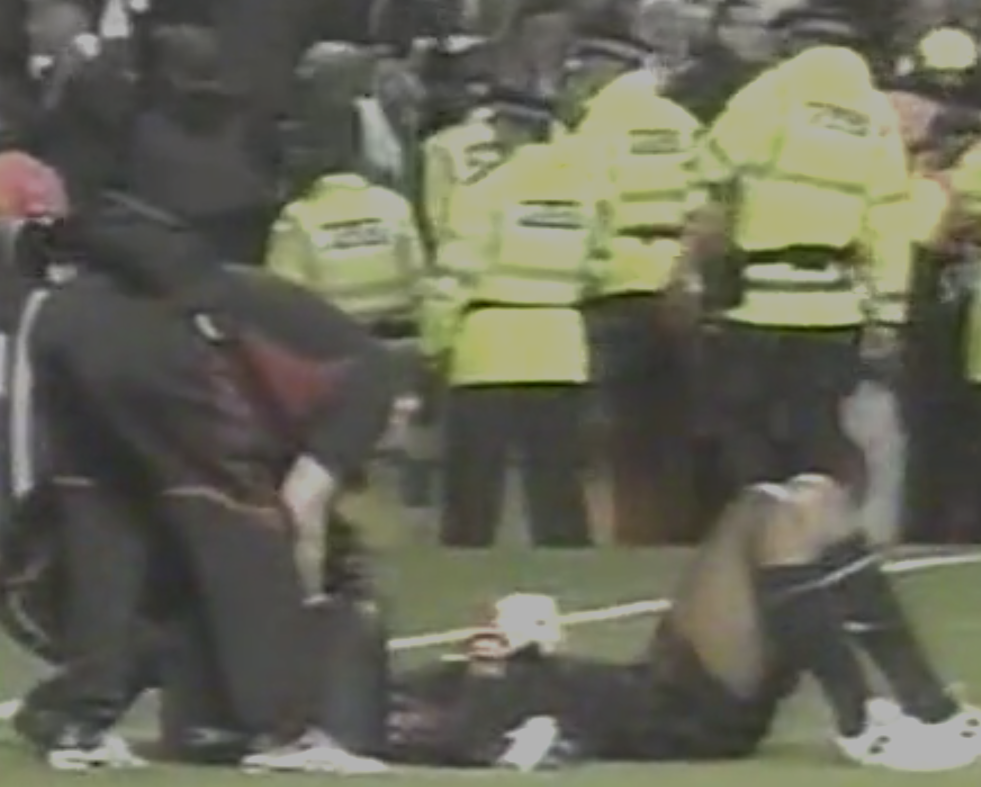 IT’S A KNOCK-OUT…Dida lies on the ground after the incident.

UEFA Control and Disciplinary bosses agreed with them and took a dim view of the keeper’s theatrics, charging him with a lack of sportsmanship.

Dida was banned for two Champions League games for feigning injury. Remarkably, it was reduced to one match after an appeal by the Italian giants.

Rob Faulkner, spokesman for Europe’s ruling body, said at the time: “It involved the fan, we don’t condone that, hence, the fine for Celtic.

“But at the same time it was fairly clear that what happened after Dida had set off, fallen to the ground and the antics after that were a little bit out of keeping with the incident.

“I think that’s why he has come out with a two-game ban.”

Australian Zeljko Kalac replaced the ‘stricken’ Dida for the fading moments of the tie which had seen McManus give the Hoops the lead which was nullified by Kaka’s penalty-kick.

Let’s hope there are no action replays at Parkhead for the Europa League Group H encounter this time around.

*DON’T miss the unbeatable match report from Celtic v AC Milan this evening – only in your champion CQN.