ANTHONY RALSTON’S only first-team appearance for Celtic last season came in a drab goalless draw against Livingston at Parkhead in January.

The right-back had returned from a season-long loan at St Johnstone the previous year after a similar stint at Dundee United.

Tonight, though, Ralston is a certainty to start against Hibs at Easter Road as he continues the revitalisation of his career since the appointment of Ange Postecoglou.

The powerful defender, who was introduced to the top side by Brendan Rodgers, agreed a one-year extension in the summer and is now poised to be offered a bumper new deal by the Parkhead club. 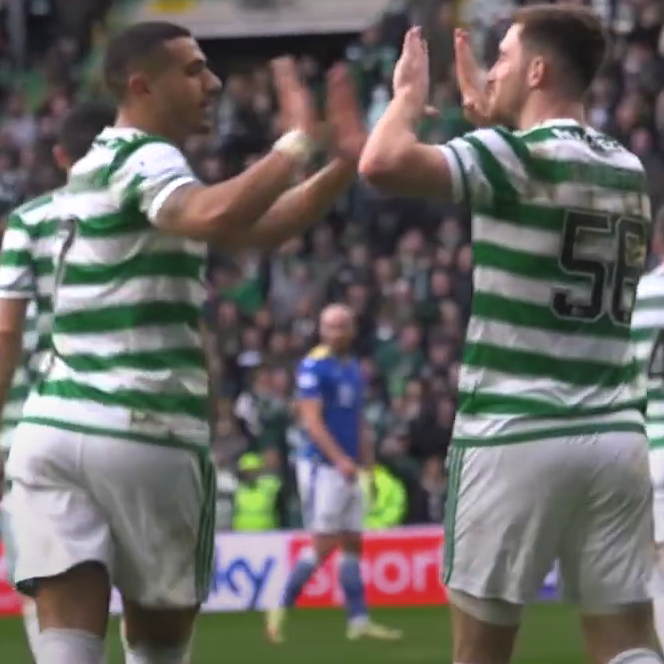 SLAP HAPPY…Anthony Ralston and Giorgos Giakoumakis celebrate the Greek striker’s first goal for Celtic in the 2-0 win over St Johnstone at Parkhead on Saturday.

The 22-year-old Glaswegian, who has scored three goals this season, has done enough to convince the Greek-Australian gaffer to field right-sided Croatia international Josip Juranovic, a £2.5million arrival from Legia Warsaw, on the left flank.

Neil Lennon’s successor inherited a squad struggling for players for the No.2 position after Jonjoe Kenny returned to Everton after failing to impress during his six-month loan period.

Jeremie Frimpong, sold to Bayer Leverkusen for £11.5million in January, and Hatem Abd Elhamed, who returned to Israel in a £700,000 switch to Hapoel Be’er Sheva, had kicked off the campaign as rivals for the slot in the back four.

Postecoglou is delighted with the form of Ralston and said: “The important thing for Tony is to keep doing what he’s doing.

“Every week he works hard and wants to improve. He’s having an impact in games.

“Like all footballers, when they do those things, the rest of it takes care of itself, contract issues and all that kind of stuff. I’m sure he’ll get rewarded. 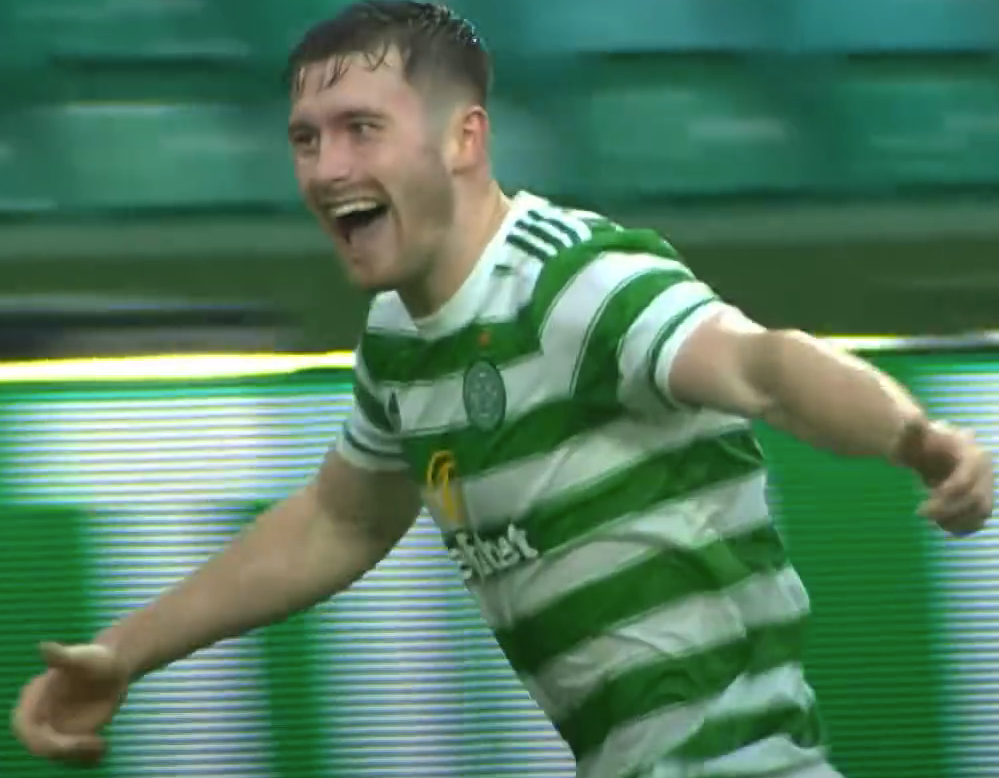 SMILES BETTER…Anthony Ralston races away in joy after netting in the 6-0 win over Dundee.

“Other people might have a different opinion of him, but, from the moment I walked in, all I’ve seen is a footballer who’s really eager to learn.

“You want guys who will give everything for that opportunity, who want to learn, be better and who demonstrate that every day in training, not just in games.

“Tony is one of those guys.”

Postecoglou, speaking to the Daily Record, added: “Sometimes in a football career when there’s uncertainty or it looks like something could be taken away from you, getting a second bite at it makes you even more determined to get it right.

“He’s done everything right so far. I think there’s more to come.”