Celtic Quick News on News Now
You are at:Home»Latest News»HOT GOSSIP AND FAKE NEWS AS CELTIC PICK UP A TREBLE AT SPORTS WRITERS DINNER
By CQN Magazine on 22nd May 2017 Latest News

CELTIC went along to the Scottish Football Writers Association last night and must have been somewhat surprised to actually win some awards from the Sports hacks.

Brendan Rodgers narrowly squeezed past Pedro to pick up the Manager of the Year, although the voting was so close that there were calls from the Record’s table for a recount.

How Kieran Tierney got the Young Player of the Year award was a complete mystery to The Sun who pointed out that he had been out injured for ages and revealed that they are about to expose him as a fully paid up member of the Green Brigade. Apparently Kieran has also been playing rebel song on the Celtic team bus and has been guilty of tapping up Paddy Roberts to ensure that he completes his £8million transfer to Celtic at the start of next month. 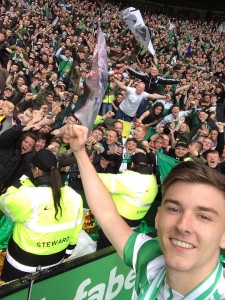 After being involved in that racism row with some Chelsea fans on a weekend trip to Ibrox, no-one from the Evening Time could believe that Scott Sinclair – who they pointed out isn’t actually a Scott but a Scotty, won the Player of the Year award.  Sinclair, they pointed out missed that penalty against Patrick Thistle to deny Celtic 2 additional points. That stopped them beating the Paris St Germain record for the biggest points margin in winning the league.

His decision to celebrate a goal at Ibrox, and let’s be honest it’s not the first time this season he’s done that, should have ruled him out.

The guys at The Express’ table were too busy working on three exclusives for the paper this week. Bournemouth are about to appoint Brendan Rodgers as their new manager as the Irishman is frustrated at the lack of support he has received from the Celtic board.

Kieran Tierney will be sold to Port Vale in the summer so that he can be team up with his best mate Patrick Roberts, who is to be loaned out to the Stoke side by his parent club Manchester City, who want him to play at a higher level this season. 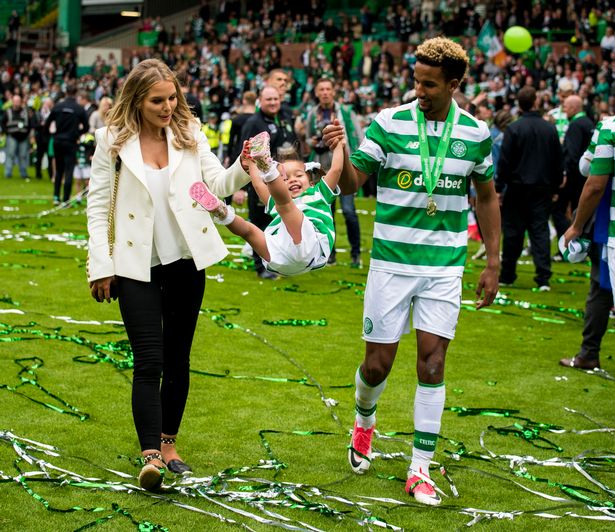 Scott Sinclair, meanwhile, has decided to quit football altogether as he finds it way too easy, and is planning to seek a new challenge by taking up acting and joining the cast of Coronation Street where he will work behind the bar in the Rovers Return.

The Scottish Sports Writers perform a valuable role in promoting the game in Scotland. 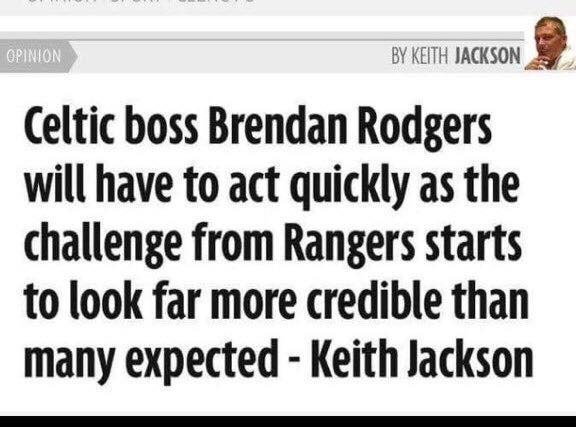 They provide honest, decent, fair and accurate reporting,always with a slight bias towards the Hoops it has to be said, and that is why they remain the so popular with the Celtic supporters.

We salute them this morning as they write about Celtic, The Invincibles.

Rodgers, Sinclair and Tierney also picked up the main awards at the PFA Scotland Awards earlier this month and have been collecting various supporters awards too, Sinclair was recognised as the Celtic Supporters Association Player of the Year on Friday evening.

Sinclair is also currently well ahead Kierna Tierney with both Brendan Rodgers and Grace much closer in the race to win the Celtic Song of the Year. You can vote HERE and catch up with the way the voting has gone.