JOZO SIMUNOVIC was part of the Celtic line-up that meekly toppled out of the Champions League qualifiers last season in the miserable performance against AEK Athens on August 14.

The Croatian central defender missed the first game against the Greeks at Parkhead where Brendan Rodgers went with a pairing of youngsters Jack Hendry and Kristoffer Ajer at the heart of his rearguard.

Callum McGregor fired the Hoops into an early lead, but the expected goal glut never materialised and some slack defending allowed the visitors to snatch an unlikely 1-1 draw.

Simunovic was paired with Hendry for the return in the Greek capital a week later and the Hoops, attempting to reach the money-spinning group stages for the third successive year, still expected to advance, despite the hiccup in Glasgow.

Unfortunately, two more awful lapses in defence gifted their opponents two goals. Scott Sinclair clawed one back with a header and came close in the dying seconds with another effort that flew just wide. It was too late to prevent a massive setback against a team who made it through to the sectional games and were beaten in all six outings. 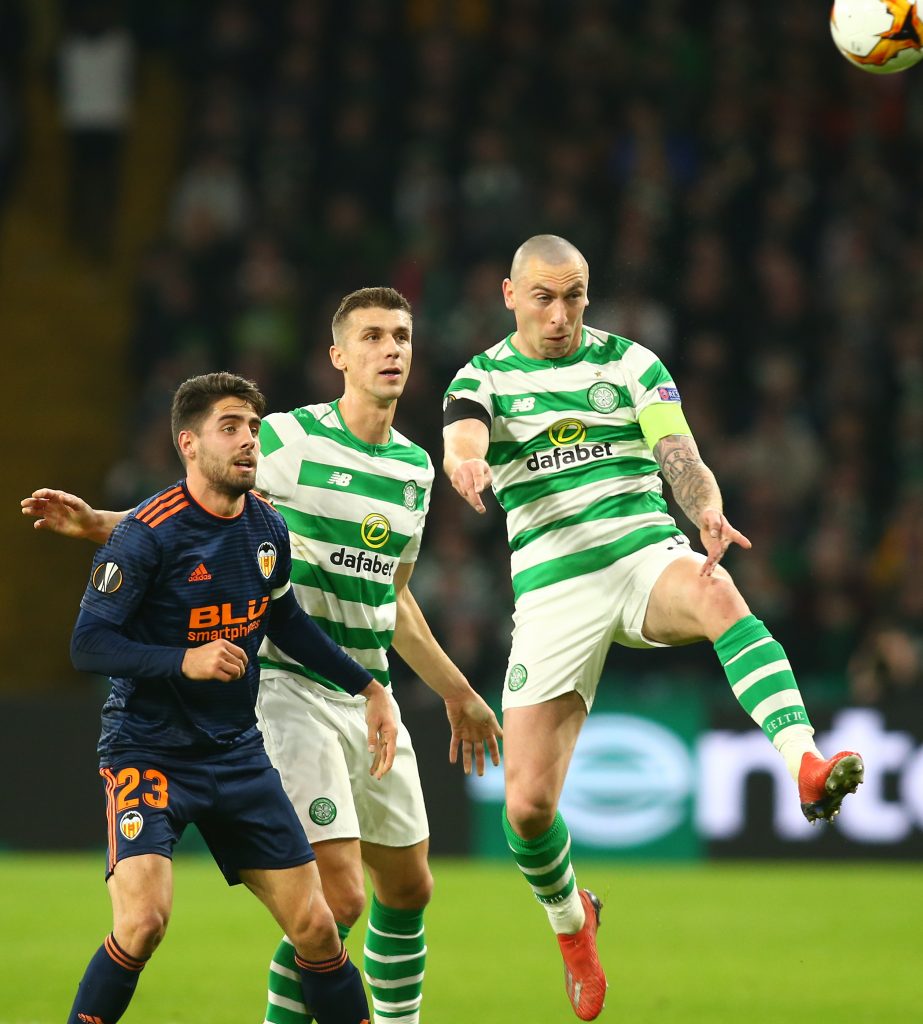 IN CONTROL…skipper Scott Brown heads clear against Valencia in February as Jozo Simunovic looks on.

Simunovic, who also played in both legs of the 3-0 aggregate loss against Valencia that ended the team’s interest in Europe last time around, is now out to make sure there are no such qualification heartache in the new campaign.

He performed well in the 3-1 first leg win over FK Sarajevo in Bosnia last week and will figure again tonight in the return tie at a sell-out Parkhead.

The former Dinamo Zagreb star, speaking in the official match programme, insisted: “The Champions League is the best competition in club football.

“It would mean a lot to play in the Champions League again. It’s always a very rewarding experience and we’re going to do everything we can, the coaches, the squad, everyone, to get there this year.

“It would be better to go straight in, don’t get me wrong. But what can we do? It is what it is, and now we need to prove that we can be there, and that we deserve to be there.

“We prove that by winning games, winning qualifiers, progressing through the rounds and our reward is being part of it. We’d love to go straight in, but this is where we are.

“And it’s good for us because we can test ourselves.”