NEIL LENNON has slammed referee Willie Collum for some “baffling” decisions in Celtic’s 3-3 draw with Aberdeen at Pittodrie this afternoon.

The match official awarded three penalty-kicks – one in stoppage-time for Lewis Ferguson to drill in the Dons’ equaliser to deny the champions three points.

It was the midfielder’s second spot-kick after notching one in the first-half. The whistler was quick to give one following a challenge by Olivier Ntcham on Ferguson who pulled up to invite the clumsy clash.

Goals from Callum McGregor, substitute Leigh Griffiths, who came on for the anonymous Albian Ajeti, and Ryan Christie, from a penalty, had the Hoops 3-2 ahead until the fading moments.

An exasperated Lennon, speaking to BBC Sportsound about the ref’s decisions, said: “I’ll need to see them again, but I think the referee had a very poor game today.

“This is the first time really I’ve been semi-critical of a referee. I thought he was poor.

“In decision making, in being influenced by his assistants, some of the decisions were baffling. That’s not an excuse for us dropping points, but it didn’t add to what was an incredible game of football.

“I thought he was poor for a referee of his level.” 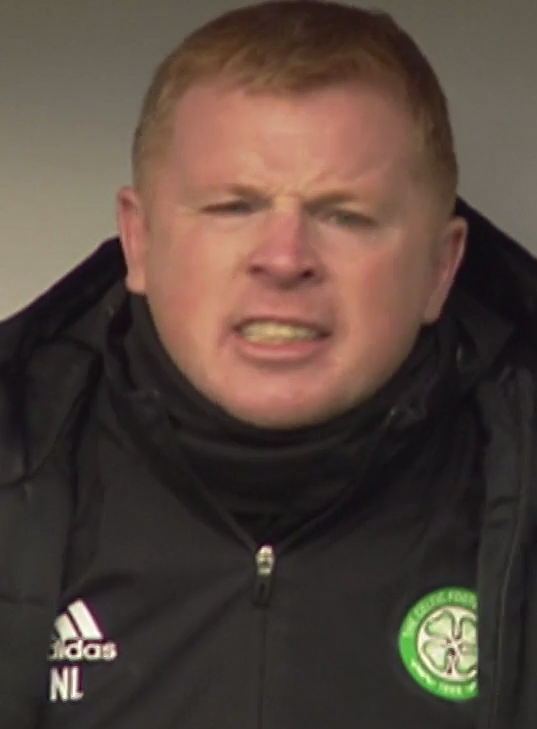 Lennon also admitted that some of his players are feeling the heat after three games without a win while surrendering eight goals in mistake-riddled performances.

“It’s a little phase that they are going through at the minute, a few of them might be a little bit fragile confidence-wise.

“It’s my job to keep them going and we will work through this. There are signs we are getting better, but we’ve got to stop inviting the pressure.

“We were sort of passive. There’s a minute to go in the first-half and we should play it forward rather than still trying to play.

“So, decision making has to be a little better and see the game out at 3-2. We had plenty of bodies to deal with it.”

The Hoops’ next game is the Europa League Group H encounter against Lille in France on Thursday before they take on Derek McInnes’ Dons outfit again in the delayed Scottish Cup semi-final at Hampden a week today.