IT was 64 years ago today when Celtic enjoyed their biggest victory over old foes Rangers.

With a certain display of elan and uncanny timing, they chose the League Cup Final at the national stadium to mark the achievement.

CQN rolls back the years to look at the famous encounter.

POOR George Niven hadn’t a clue what fate was about to befall him as he took his place in goal for Rangers in the League Cup Final against Celtic at Hampden on a crisp, clear Saturday afternoon of October 19 1957.

The trophy was virtually already bedecked in the colours of the Ibrox club who were expected to overcome an erratic Parkhead outfit that would be without inspirational centre-half Jock Stein who was injured.

It was the first Cup Final duel between the two Glasgow sides for 30 years and, in truth, no-one could mount a persuasive argument against the bookmakers who made the Govan side clear favourites to lift the silverware.

Celtic were struggling for consistency and were hardly a threat in the championship. They actually finished third that season which looks reasonable enough. Closer inspection, though, will show they were a massive 16 points adrift of winners Hearts in the days when you got two points for a win.

The defence also shipped a disastrous 47 goals in the 34-game set-up. Rangers were second, three points ahead of the Hoops.

Players, possessing talent that was never much above the ordinary, passed through Parkhead without the hint of an impact, but the team could boast such exhilarating individual talent in the form of the dazzling Charlie Tully on the wing, the cultured Bertie Peacock in midfield, the skilful Bobby Collins and Bobby Evans, a solid centre-half. A combative Irishman by the name of Sean Fallon was at left-back. 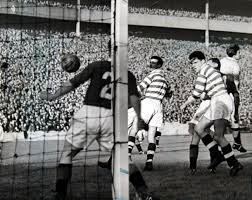 Remarkably, Celtic were actually defending the trophy after winning the League Cup the previous season by beating Partick Thistle 3-0. However, most of the so-called smart money reckoned the prize would be crossing the Clyde following 90 minutes of action at the national stadium.

For 22 minutes, Rangers keeper Niven had not been invited to retrieve the ball from the back of his net, despite the men from the east end of Glasgow starting the stronger and more eager of the combatants.
And then the roof fell in on the unsuspecting Ibrox custodian with 82,293 spectators viewing events from the packed, heaving terracings.

Sammy Wilson claimed the opener and no-one could deny the Parkhead outfit deserved their advantage. How would Rangers respond? Not too well was the answer! 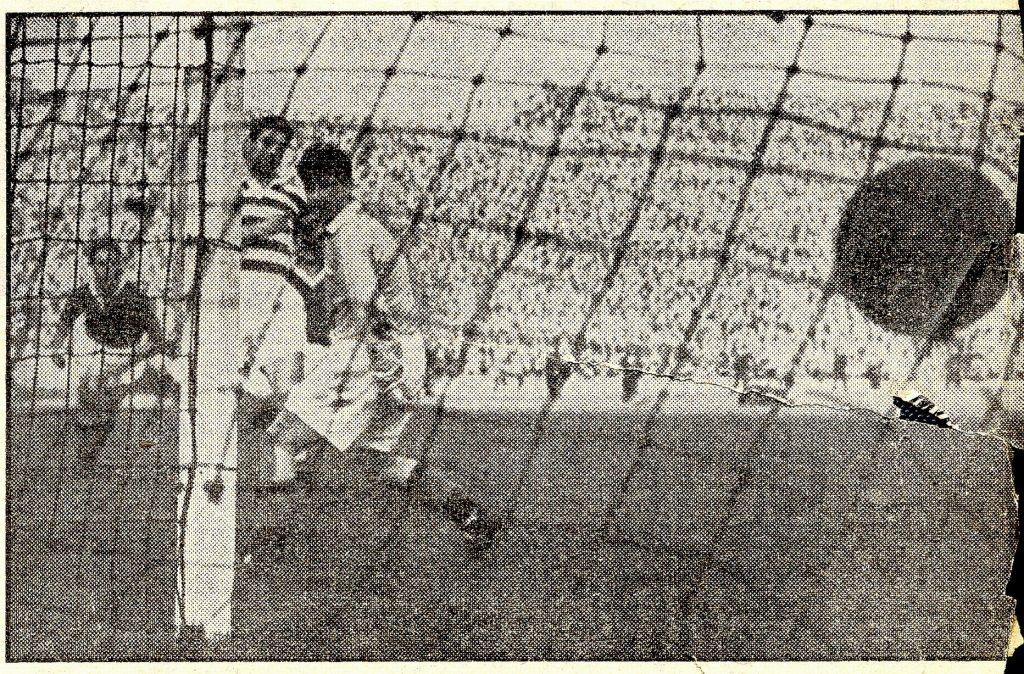 WALLOP…Rangers keeper George Niven gets that sinking feeling again as the ball flashes into the net.

Neilly Mochan, whom manager Jimmy McGrory had brought back into the team at outside-left at the expense of Bertie Auld, doubled the advantage with an angled left-foot drive a minute before the turnaround.

The Celtic end at the old stadium rocked throughout the interval as the fans celebrated wildly; a hush descended upon their opposite number.

Eight minutes after the interval, Billy McPhail grabbed the first of his excellent hat-trick and, although there was a response from Rangers three minutes later, the intelligent centre-forward knocked a fourth beyond the bemused Niven in the 69th minute.

Mochan drove in a fifth five minutes afterwards and it was only a matter of time before McPhail capped a fine individual performance by completing his trio which he duly did in the 81st minute.

With almost the last kick of the ball, Willie Fernie, a lavishly-gifted performer, strode up to slot a penalty-kick beyond the keeper who barely moved as the ball swept into the rigging.

The final whistle was greeted with half of the stadium engulfed in joyous bedlam while their deflated, dejected counterparts, so optimistic at 3pm, flooded out onto the streets of Mount Florida, clearly befuddled at the spectacle they had just witnessed. 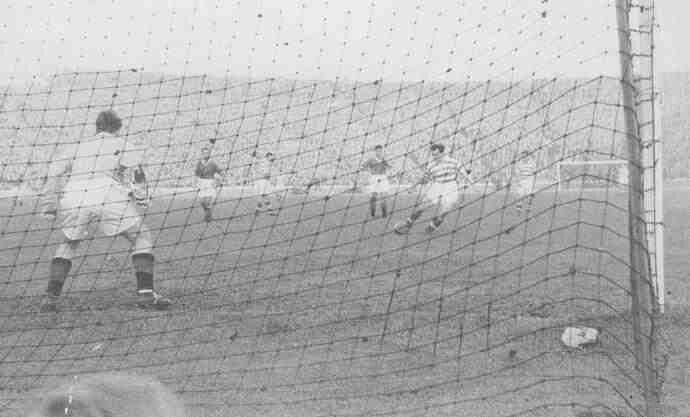 SEVENTH HEAVEN…Willie Fernie strokes a penalty-kick past the demoralised George Niven in the fading moments.

Celtic keeper Dick Beattie happily posed for the photographers as he held up seven fingers to indicate the amount of goals tucked into the opposition’s net that memorable afternoon in the south side of the city.

One newspaper the following day produced the banner headline: ‘JUST ONE WORD FOR CELTIC – MAGNIFICENT!’. It seemed apt, to say the very least.

It had been a still, cold afternoon, but the autumn sun certainly shone brightly and fittingly on Hampden that extraordinary day.

For the record, here is the Celtic team that took their well-deserved place in the club’s folklore: Beattie; Donnelly, Fallon; Fernie, Evans, Peacock; Tully, Collins, McPhail, Wilson and Mochan.