BRENDAN RODGERS admitted he was baffled at Filip Benkovic’s disallowed ‘goal’ as Celtic dropped two points in a 1-1 draw against Motherwell at Fir Park tonight.

The Hoops had gone in front with a 13th-minute strike from Ryan Christie before the Croatian centre-half turned in a right-wing corner-kick from Leigh Griffiths before the half-hour mark.

Astonishingly, referee Kevin Clancy chalked it off for an unseen infringement and the Hoops were denied what looked like a perfectly good goal.

Rodgers, though, refused to point the finger at the whistler and said the team had no-one but to blame but themselves.

He admitted: “I don’t know why it was disallowed, I think Filip Benkovic, they were jostling, him and the centre-half and he’s finished it really well.

“I don’t know why that was cancelled, but, to be fair, we’ve got to see out the end of the game.” 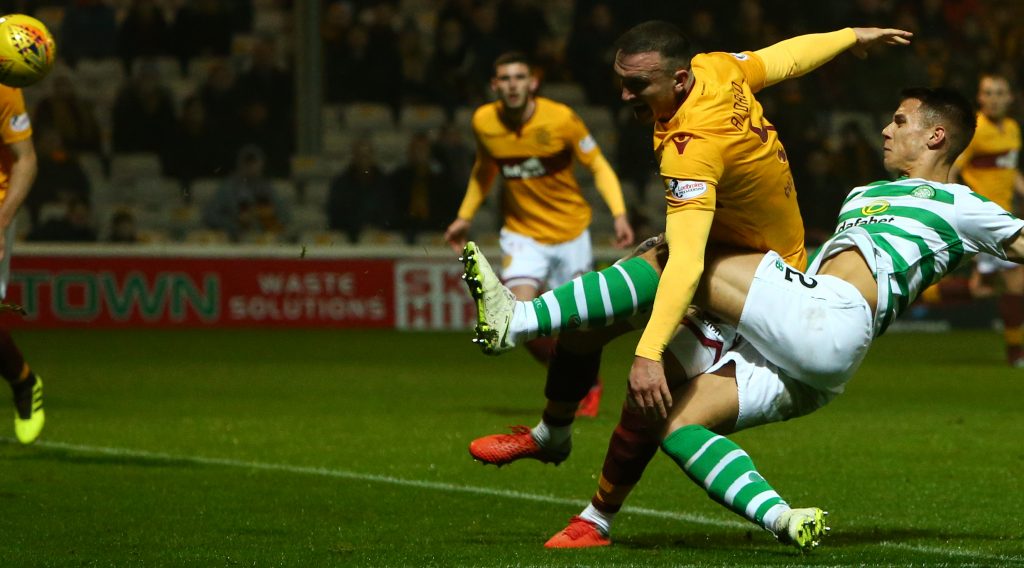 NO GOAL PUZZLER…Filip Benkovic gets in front of Motherwell defender Tom Aldred to flash in what looked like a perfectly good goal, but referee Kevin Clancy thought otherwise.

Leigh Griffiths added to the manager’s disappointment when he had a 40th-minute penalty-kick saved by Mark Gillespie before the home side snatched a draw with a low angled drive from Danny Johnson in the 88th minute.

“I think that we got the goal, which was a very good goal. We don’t score the penalty which can give you some comfort in the game.

“It was disappointing. First-half, okay, we made changes, but it was nothing to do with the changes. We didn’t stick to our plan and it’s a wee bit like what it was a couple of months ago, to be honest.

“Too many individual performances. The strength of us is the collective and the team, but there were too many players wanting to do what they wanted to do rather than what the team requires, so that’s something that we’ll reflect on. 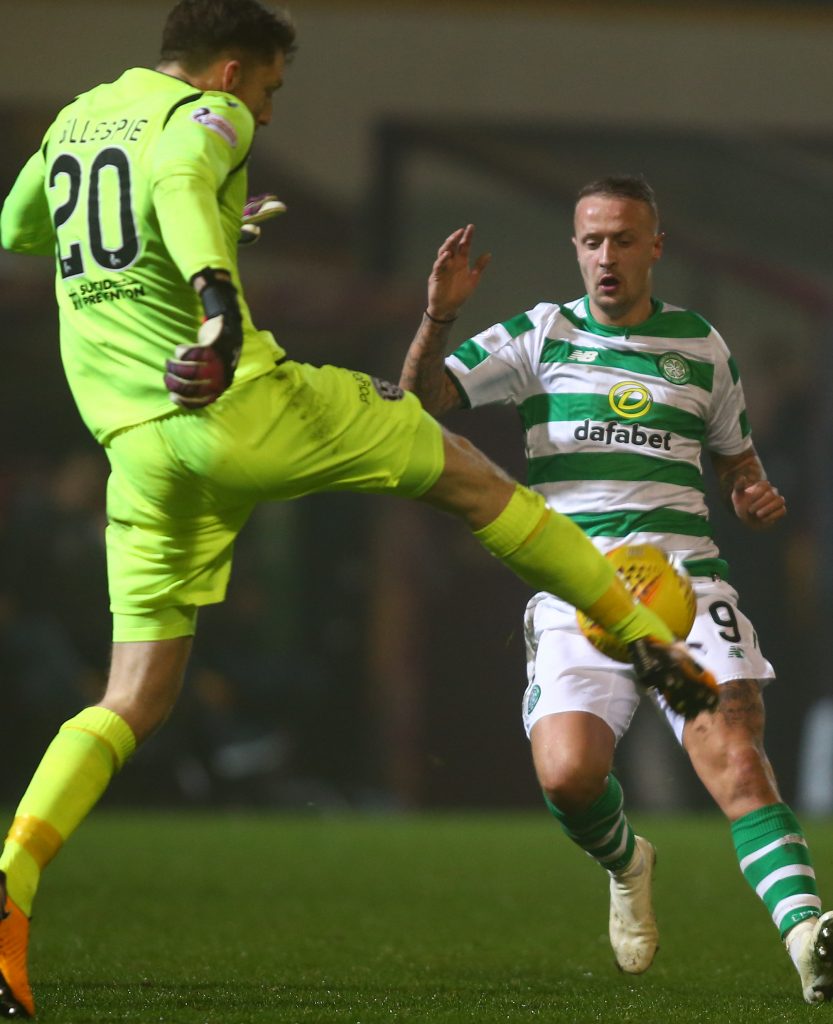 “It’s a point, it should’ve been three, because we didn’t give too much away, but towards the end of the game, you have to take away those balls and it’s a very, very disappointing goal from our perspective.

“We have no excuse, we can only blame ourselves because Kevin Clancy was good in the game. It was a very poor goal that we gave away.

“But we have to look at ourselves and our performance, for me, wasn’t at the level I’d want it to be at.”

Celtic face surprise Premiership leaders Kilmarnock, who beat Livingston, at Parkhead on Saturday. Steve Clarke’s men are a point ahead, but the champions have two games in hand.

Steven Gerrard saw his side lose 1-0 to Aberdeen in Govan where former Hoops target Scott McKenna claimed the only goal of the game. Alfredo Morelos became the eighth Ibrox red card of the season and the Dons also had Sam Cosgrove sent off.

One way or another, it was an extremely interesting night in the Premiership.