NEIL LENNON threatened to quit in only his third full season as Celtic manager.

The sensational story is told in Alex Gordon’s latest Celtic book, ‘50 Flags Plus One,’ which is published today.

The pressure is building on the Hoops boss once again after the 2-0 Betfred League Cup loss against Ross County at Parkhead yesterday.

Ironically, it was a game against another Highland side, Inverness Caley Thistle, that came close to prompting the dramatic action from the Irishman.

In season 2013/14, there was enormous pressure on Lennon, who had replaced Tony Mowbray in March 2010, to clinch a second successive crown. The team had failed to spark on a consistent basis and there were some rocky moments during a topsy-turvy campaign.

It’s history now Lennon was successful in his quest for the championship, but his hopes of being in charge for this season’s bid for a historic tenth flag in a row have taken a blow with the club 11 points adrift of Steven Gerrard’s Ibrox outfit, although they have two matches in hand. It’s clear recent events have jolted the manager.

And the team’s former captain, who lifted five titles as a player, was equally disappointed back on November 24 2012 as he talked of walking away from his dream job.

To the backdrop of supporters’ derision, Lennon was ready to make a momentous decision.

Alex Gordon’s new book states: “The Parkhead side were massive favourites to retain the title while claiming their forty-fourth flag in the club’s history.

“Some had already written off the challenges of every other side which was clearly an insult to Motherwell, Dundee United, Hearts and St Johnstone who had teams decent enough to have qualified to represent Scotland in Europe that season.

“Having said that, Celtic did win the crown with four games to spare following their worst start since 1998/99. It was an unusual campaign that saw Neil Lennon threaten to quit following a particularly awful result against Inverness Caley Thistle, managed by Terry Butcher, on Saturday November 24 when the Highlanders won 1-0 in front of 44,379 fans at Parkhead.

“Possibly it was understandable the stunned crowd reacted with a fair amount of derision at the full-time whistle and the manager responded: ‘Look, if they’re not happy with what I’m doing and they want me to go, I will!'” 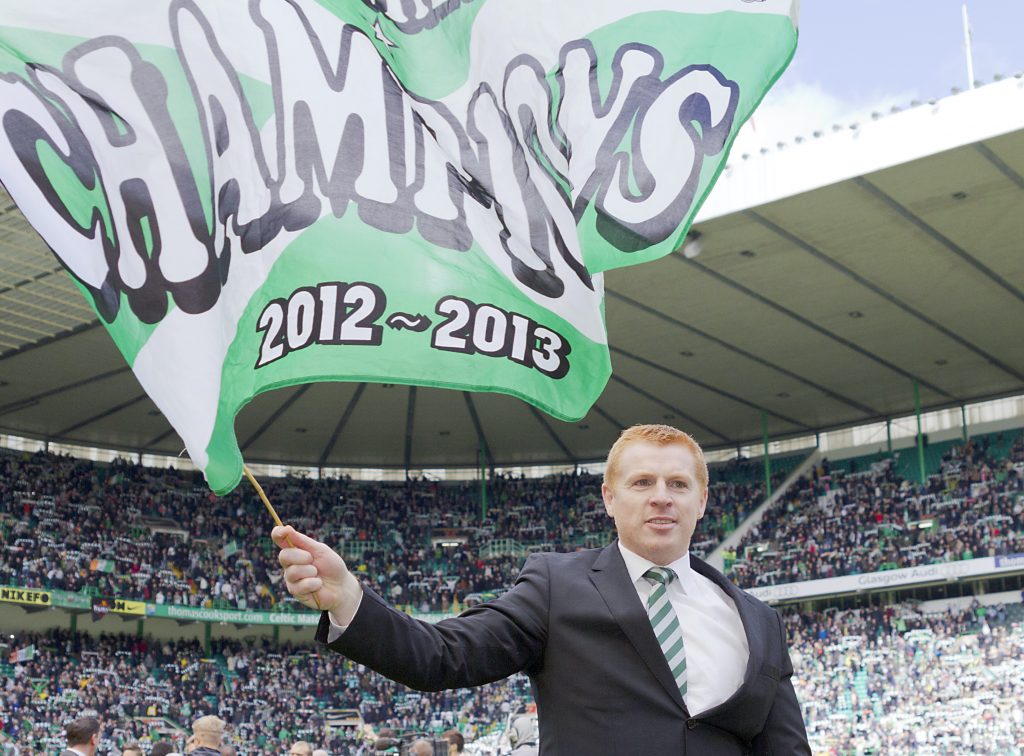 Alex told CQN: “Ironically, Celtic claimed the title that season with a 4-1 win against Inverness Caley Thistle, of all teams!

“In the space of five dramatic months, Neil Lennon went from talking about chucking it to completing the term waving flags at Celtic Park as the supporters cheered to the rafters.

“Even old Ibrox foe Terry Butcher says in the book that he applauded Celtic for their victory and admitted they had deserved to lift the championship.”