VIRGIL VAN DIJK won the battle of the Old Bhoys as Liverpool triumphed 3-1 over Lyon, with Moussa Dembele and Jason Denayer in the team, in a pre-season friendly in Geneva last night.

The Anfield side’s £75million former Celtic central defender came on just after the hour mark to help ease Jurgen Klopp’s to victory after four games without a win as they prepare for the Community Shield encounter with Manchester City at Wembley on Sunday.

Van Dijk was on the substitutes’ bench when Dembele, linked with a big-money switch to Manchester United, was involved in the opening goal for the French outfit in the third minute. 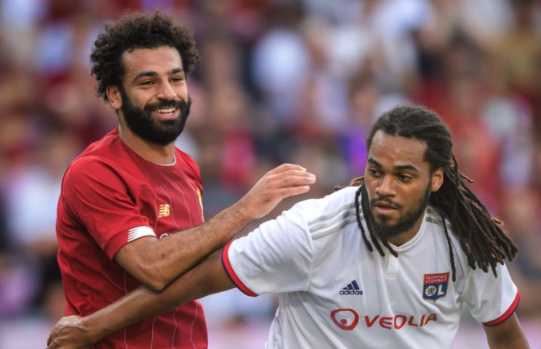 Brazilian international keeper Alisson made a rare blunder to present the ball at the feet of the ex-Hoops hitman who was then brought down for a penalty-kick that was converted by Memphis Depay.

Roberto Firmino spared the blushes of his goalie with the leveller before a Joachim Andersen own goal and a Harry Wilson thunderbolt gave them a triumph in their final pre-season warm-up game which also featured Scotland skipper Andrew Roberston as a second-half replacement.

Klopp, who has told Ibrox boss Steven Gerrard there will be no chance of a loan deal for Ryan Kent this season, spoke to LFC TV afterwards and said: “It was good to finish on a high – it was important. A lot of things were really good, although the first goal we conceded was like slapstick. Welcome back Alisson!