The on-loan Southampton striker, who cost the Premier League outfit £16million when he signed from Basel just over a year ago, has been impressed with the versatile defender since arriving in August.

Ajer was linked with several clubs in the summer since becoming a Hoops regular two years ago.

Ironically, his form recently has not been overly-impressive and was culpable for the penalty-kick from which Rennes scored their goal in the 1-1 Europa League Group B encounter in France while he also netted an own goal in the 1-1 stalemate with Hibs at Easter Road.

Neither Ajer nor central defensive partner Christopher Jullien looked comfortable throughout Sunday’s flop against Livingston when the champions lost their unbeaten domestic record. 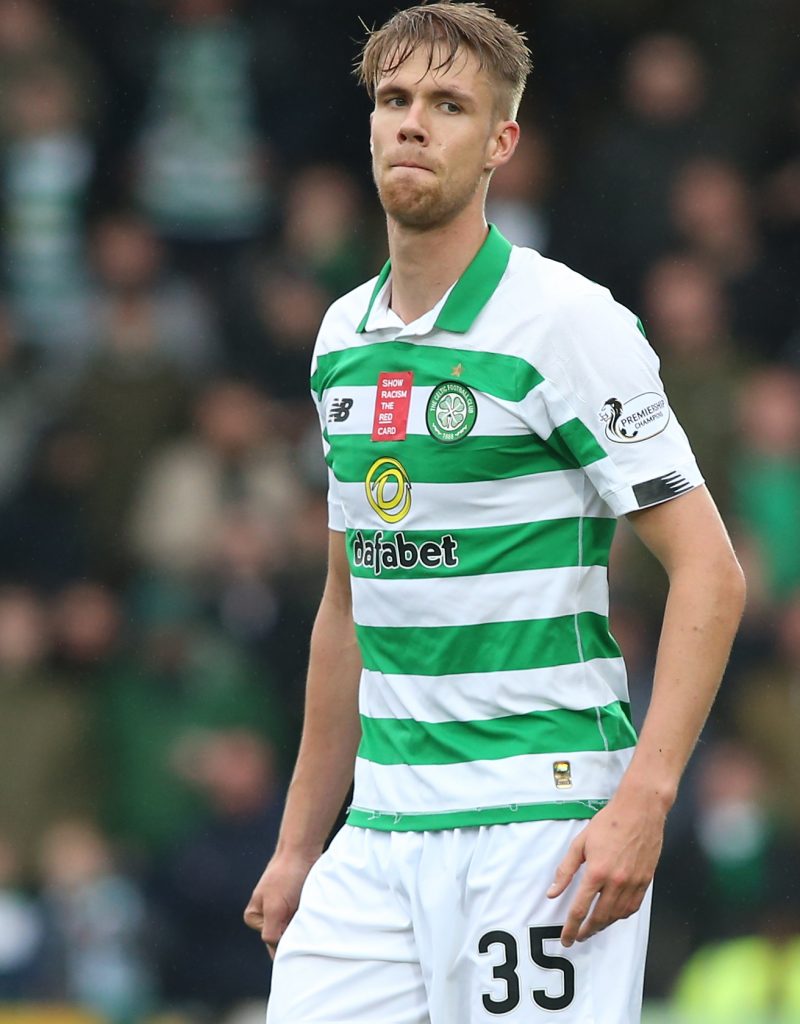 However, Elyounoussi, who also started in the 2-0 defeat to Livi, is certain teams south of the border will come calling for the player.

“He’s been here a couple of years and done extremely well. I expect to see him in a bigger club in a bigger league.

“From what I have watched of him in the past and now on a daily basis and in combat, he is more than good enough for the Premier League.”

Ajer is under contract until June 2022 and manager Neil Lennon has already made noises about offering the 21-year-old a contract extension.