EVERY season, prior to the Champions League and Europa League draws, journalists line up in anticipation to see which teams will be drawn in the dreaded so called “group of death”.

Although it may be verging on hyperbole to suggest that Celtic’s Europa League Group H mission falls into such a category, there is no doubt that any group which includes Lille, AC Milan, Celtic and Sparta Prague would not look out of place in the Champions League.

In this article we assess how all three of Celtic’s Group H foes have been measuring up in their respective domestic campaigns, as well as looking at whether Celtic are likely to make it through to the knock-out stages, a boost that is much needed after the disappointment of missing out on the Champions League once again. 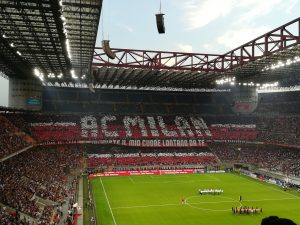 It would be remiss of us not to start with the most prestigious of Celtic’s Group H rivals, although the Rossoneri were somewhat fortunate to even make it to the group stage having been pushed all the way to penalties by Rio Ave.

That scare aside, the Italian giants have shown early signs of re-awakening of late, with young guns such as Rafael Leão and Brahim Diaz getting Milan off to a perfect four wins from four games in Serie A. They now lead the league by three points from Atalanta. Zlatan Ibrahmovic, at the age of 39, scored both their goals in the 2-1 victory over rivals Inter at the weekend.

Being a young team, they are fearless going forward but can be wasteful in front of goal.

However, Ibrahimovic, who made his comeback against the team’s city neighbours following a positive test for Covid-19, could be the answer with his record of upsetting the odds and a sports bookmaker or two in the process not to be discounted. 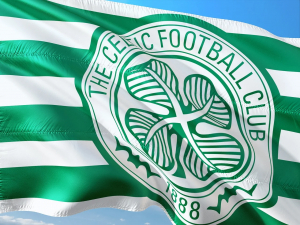 Nothing can beat a good Prague away day, with the city still as beguiling as it ever was. However, Celtic will be in for a rude awakening if they think this will be the gimme game of the group.

At the time of writing Sparta, after six games, lead their cross-city rivals, Slavia, by two points at the top of the Czech elite. They are also averaging almost three goals a game, meaning Lennon must make sure his defensive unit is up to the task both home and away.

The last time Celtic played Sparta, they drew 0-0 despite outplaying them for large periods of the game. Let’s hope the team can go one step further this time around.

Lille are the early pacesetters in the French Ligue 1 and are currently two points ahead of Paris Saint-Germain this season going into the October international break ahead of the likes of PSG and Rennes after seven games.

They are a team that is built on solid defensive foundations, which is perhaps no surprise seeing as they are led by former defender turned manager Christophe Galtier, who just so happens to be one of the rising stars of the European managerial circuit having won manager of the year in France last season.

All this means that any positive result against LOSC will be hugely impressive. Especially given that their front line is led by Turkish international veteran Burak Yilmaz who acts as something of a battering ram that the rest of his attacking colleagues buzz around.

Do not be surprised if Celtic and AC Milan are the ones left playing catch up to Lille after the first few games of Group H.

Obviously any prediction will involve one of Celtic, Lille or AC Milan losing out on qualification and to make a case for Celtic not being that team is bold in itself. However, the relative inexperience of the new-look AC Milan side – as well as them focusing on Serie A – may mean that it is the Italians who end up having to say arrivederci.