ASSISTANT boss John Kennedy believes Celtic are on the right course after watching the goalless stalemate against Rennes at Parkhead.

Neil Lennon’s No.2 singled out three players for special mention ahead of Wednesday’s Champions League opening qualifier second leg against FK Sarajevo with the Hoops already 3-1 up on the Bosnians.

Kennedy, speaking to the club’s website, talked about the Hoops comeback man and the new Bhoys.

“I’m delighted with Leigh. He’s done terrifically well throughout pre-season in terms of his application – and he has trained every single minute.

“That was a challenge in its own for Leigh after coming from a period of time out. So, it was about making sure he got the training in and didn’t pick up another injury that could set him back.

“He’s got through the hardest part of it and now we’re beginning to see a bit more of what Leigh Griffiths is all about.

“When he’s playing off the shoulder, he’s looking sharp in his pressing. He tailed off a bit towards the end so we made the change, but that’ll hold him in great stead going forward. Leigh will definitely be in contention for Wednesday.” 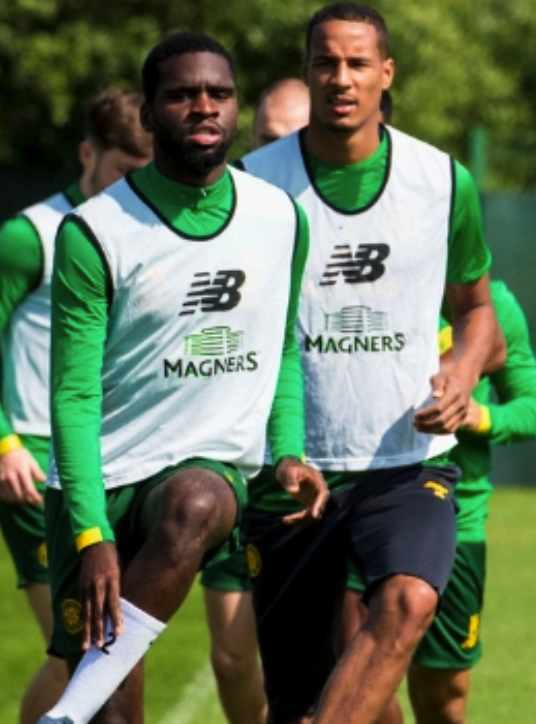 “Christopher has had a longer period off than our guys, so, for him, it’s about getting the fitness and sharpness back.

“He’s a big guy who takes a bit of time to get going when his fitness is down, but in terms of where he was when he came in and where he is now, we’re seeing a big difference in how he’s moving, his fitness levels and his sharpness.

“We’ll continue working that and now that he’s had a game under his belt he comes into contention.”

“Luca is a guy who’s got talent. He came in and did very well at Bolton. He’s been around the Irish squad and we spoke to people there who rate him very highly. We brought him here because of his talent.

“He’s a young player who’ll need time to develop and he comes into a club where he can do that.

“He had a thigh injury during the summer and arrived late in camp, so his fitness levels are a bit lower than everyone else and he’s one that will have to build up over time, as well.”

Kennedy reflected on the 90 minutes of action and added: “After the difficult game on Tuesday night, with the heavy pitch and the travelling, we got out of it what we wanted. We would have liked a bit more action in front of goal in terms of in the box and maybe some goals, but the fitness benefit will be great for us.

“The games in between the European ties are very important in terms topping up the fitness levels of the ones who maybe didn’t play in midweek, while the ones who have had a longer off-season maybe need a bit more sharpness.

“We got that on this occasion, which is the most important thing. There doesn’t seem to be many knocks or injuries, so we just prepare now for Wednesday night.”

Two others who did their cause no harm were midfielder Ewan Henderson and winger Lewis Morgan, two youngsters who could have a big season ahead.