The Scotland international winger, 28, signed an extension last September to keep him at the champions until 2022.

However, Lennon is keen to extend last season’s Player of the Year beyond that and effectively make him a one-club man.

The Hoops boss, speaking to the Evening Times, said: “Rather than talking about people leaving the club, we’ve got one there who wants to stay.

“So, that’s one we’ll look at. I think he’s still got two years left on his deal, but we’ve already talked about an extension. Well, me and him have! 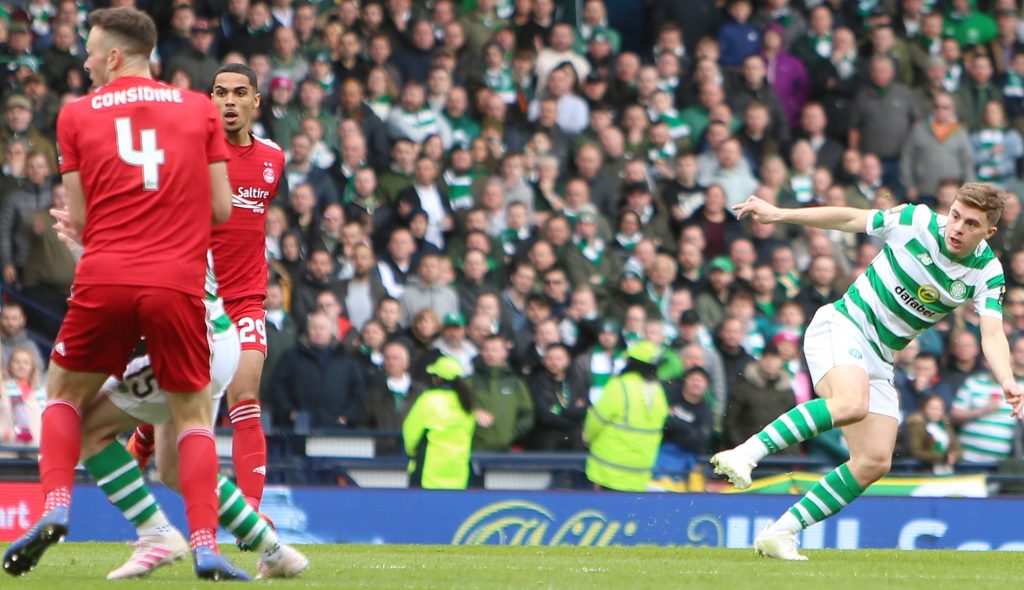 “He’s a top, top player. He’s been brilliant. From the day I first saw him until now, over that 10-year period, he’s been magnificent for the club. He’s achieved a lot, but there’s still that hunger in him. He’s from a humble background. He’s not on social media. He’s not interested. He just wants to play football.

“Physically, he looks great. He’s got strong thighs and shoulders, quite broad, but compact. And he’s still got that great burst of pace. The quality and speed of his technique is superb and he’s a good finisher when he’s in there as well.

“He does everything very clean and he still has that desire.”

Forrest has been one of the Hoops’ most consistent performers since being handed his first-team debut by Lennon a decade ago.

The exciting raider is now a key component in the team’s domestic domination and has played an integral part in the club’s phenomenal treble treble.

He has also picked up a remarkable SEVENTEEN winners’ medals in his glittering Parkhead career and there is the promise of more to come in the future.