SCOTT BROWN has revealed he hasn’t a clue what he’s doing sometimes when he joins the Celtic attack.

The 34-year-old skipper came to the champions’ rescue with the dramatic stoppage-time winning goal in the 2-1 triumph over Hamilton Accies last night that opened up a two-point advantage at the Premiership pinnacle.

The midfield dynamo acknowledged the Hoops were not at their best as they allowed their opponents back into the game after opening the scoring through Ryan Christie in the 13th minute. The visitors thought they had earned a point with a 90th-minute strike until the onfield leader’s timely intervention as he surged forward to score with a delightful low angled drive.

Brown, speaking to the club website, admitted: “I don’t know what I’m doing up there half the time. 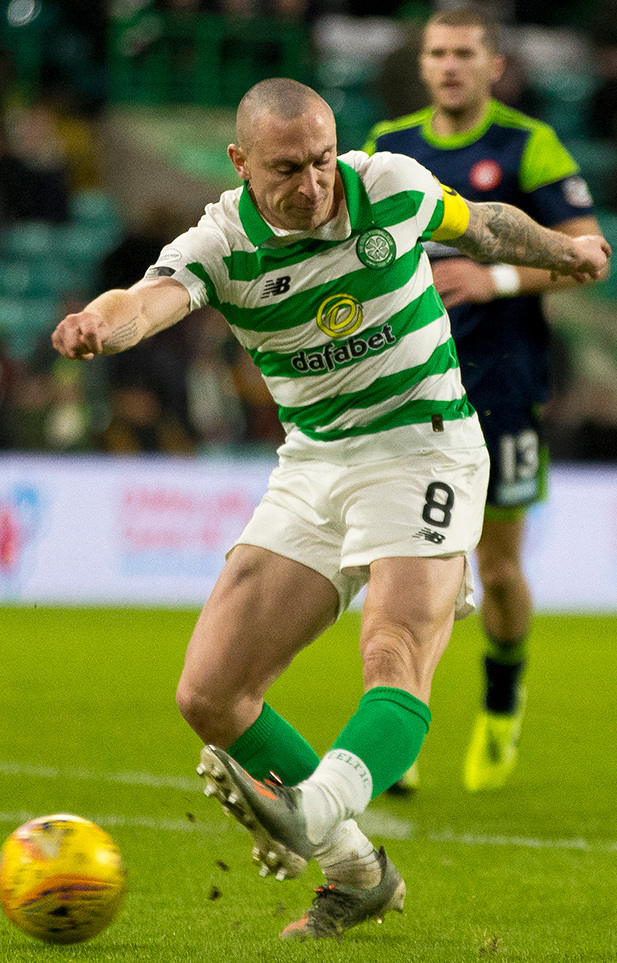 “I got a bit lucky with the touch with my left foot and then, somehow, it managed to find the back of the net in slow motion.

“Any result for us at home is always pleasing. We got the three points at the end of the day, I know it wasn’t pretty and it was late on, but it’s still three points for us.”

Brown, who took his strike rate to four with his points-clincher, added: “I cherish every single moment of being here, playing in front of 60,000 fans at Celtic Park, especially being a little bit older.

“You have to take all of that in. We’re doing really well at home and really well in the league. We have 11 straight wins and we need to make sure we play better if we want to win games here.”

Brown’s next task will be to lead his troops into action in the Betfred League Cup Final at Hampden on Sunday where Neil Lennon’s men are aiming to pick up the trophy for the fourth successive season and their TENTH domestic honour on the bounce.