CELTIC may be on the brink of a historic multi-million pound jackpot.

Luxembourg minnows FC Swift Hesperange have filed a lawsuit against Europe’s governing body and their own Football Federation.

The Parkhead outfit would be able to boost their earning power considerably by taking part in transnational leagues with more lucrative television markets – if, of course, the dramatic move is successful. 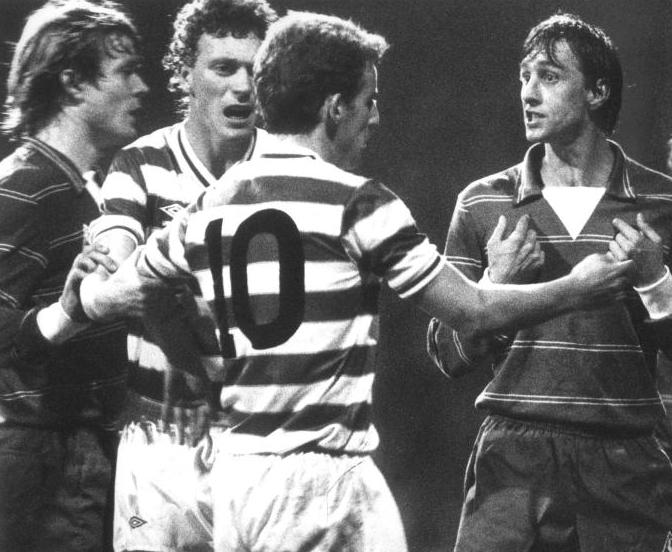 DUTCH TREAT ONE…Tommy Burns and Ajax superstar Johan Cruyff have a frank exchange of views in the 2-2 draw in a memorable European Cup clash at Parkhead on September 15 1982. Team-mate Davie Moyes and the Dutch club’s Soren Lerby listen in. 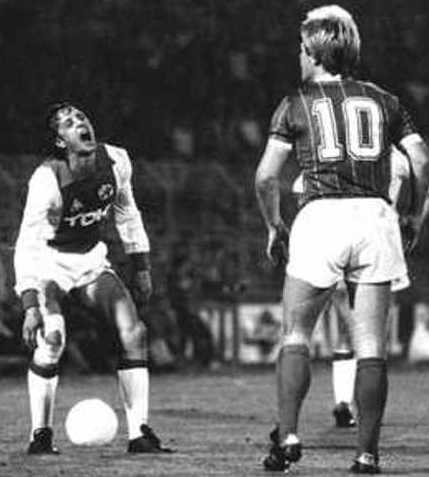 DUTCH TREAT TWO…Johan Cruyff and Murdo MacLeod have a “chat” during Celtic’s 2-1 victory in Amsterdam in September 1982.

The Luxembourg team, operating in a country with a population of under 650,000, claim UEFA’s opposition to cross-border leagues has hampered their ability to join a proposed Benelux League with teams from the Netherlands and Belgium.

The club, who play at the 9,386 capacity Stade de Luxembourg, have filed a claim with the Tribunal D’Arrondisement in their country insisting UEFA and their national FA are restricting their prospects of growth via “rules prohibiting clubs from creating and running transnational competitions”.

In 2020, the Hoops, along with Aberdeen, Hibs, Hearts and the Ibrox outfit, were informed of plans for a 20-team competition featuring other clubs from Sweden, Denmark, Norway and the Republic of Ireland.

Drawn up by Andrew Doyle, co-owner of League of Ireland side Shelbourne, the blueprint had the backing of investment bank JP Morgan and projected annual broadcasting revenue of almost £340million. 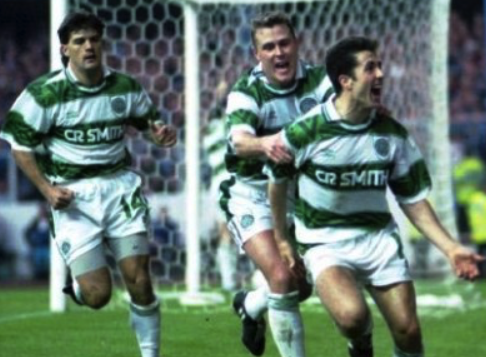 HOOP HOOP HOORAY…John Collins celebrates the equaliser in a 2-1 win at Ibrox in October 1993 with Pat McGinlay and Paul Byrne about to join in with their congratulations. 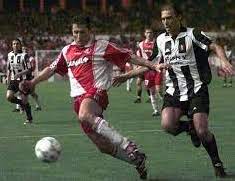 FRENCH FANCY…John Collins in action for AS Monaco following his Bosman transfer in the summer of 1996.

Dupont is confident that cross-border leagues are coming “sooner rather than later” and will ask a Luxembourg judge to refer the case to the Court of Justice of the European Union at a preliminary hearing in autumn.

The top legal authority, who was heavily involved in the Bosman ruling, is a promiment figure in the fight between UEFA and the clubs pushing for a European Super League.

Dupont, speaking to the Daily Mail, said: “Swift and its sponsor, Leopard, are ambitious. The club had already complained publicly in the past regarding some FLF and UEFA rules – in particular, the homegrown players rules, that disadvantage the clubs from small countries.

“But their voice was not heard. They decided to make it heard in court. Clubs will not ‘move’. But clubs from small countries would be entitled to produce their domestic football in a larger territory, in order to match the production power of the big leagues.”

He added: “Celtic and Rangers are great clubs. But how much do they get for their media rights compared to the smallest Premier League club?

“And this is the lack of domestic incomes that determines negatively their competitiveness on the European stage.” 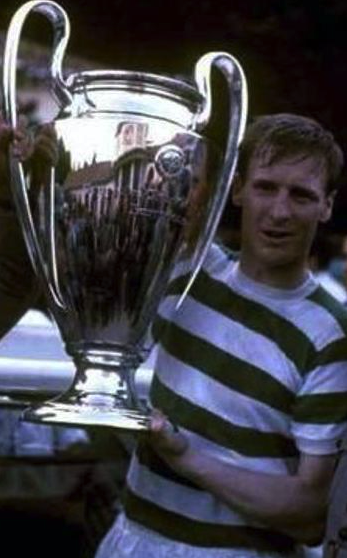 HISTORIC MOMENT…skipper Billy McNeill with the European Cup in Lisbon on May 25 1967.

Dupont, 58, was an integral part of the legal team which secured the Bosman ruling in December 1995, a move which prompted a revolution in football transfers.

Midfielder John Collins, Celtic’s first £1million player when Billy McNeill signed him from Hibs in June 1990, was allowed to leave under Freedom of Contract and join AS Monaco in the summer of 1996, a move that was legally challenged by Fergus McCann.

The Hoops’ bid to receive a transfer fee was rejected and the 58 times-capped Scotland international was transferred to Everton two years later for £2million.

Asked if a successful court challenge to UEFA’s competition rules could have an even bigger impact on European football than Bosman, Dupont answered: “Yes, because it affects the production market rather than ‘only’ the labour market.”

The legal eagle would not put a timesacle on the introduction of cross-border leagues, but said: “Sooner rather than later.”

Celtic, of course, made history when they became the first UK club to conquer Europe when they won the European Cup with a 2-1 triumph over Inter Milan in Lisbon on May 25 1967.

* DON’T miss the unbeatable match report and the best action images from Ross County v Celtic this afternoon – only in your champion CQN.