ODSONNE EDOUARD and Nir Bitton are fit and ready to play some part of tonight’s Europa League Group H match against Lille in France this evening.

It is unlikely the French striker and the versatile Israeli will both start the game, but they are on the brink of a comeback after both tested positive for coronavirus while on international duty earlier this month.

Neil Lennon’s side have struggled during their enforced absence and dropped five out of six league points while losing the opening outing in the section to AC Milan a week ago today.

With Christopher Jullien and James Forrest, suffering back and ankle injuries respectively, both still ruled out, the Hoops gaffer will welcome back the club’s main goal threat and the dependable defender/midfielder.

Lennon, speaking to the Daily Record, said: “Bitton and Edouard have travelled and they are up to speed to play a part in the game whether we start them or not, that is something that we have to assess.

“I don’t think we can start the both of them, but they’ll definitely be available to play some role in the game. 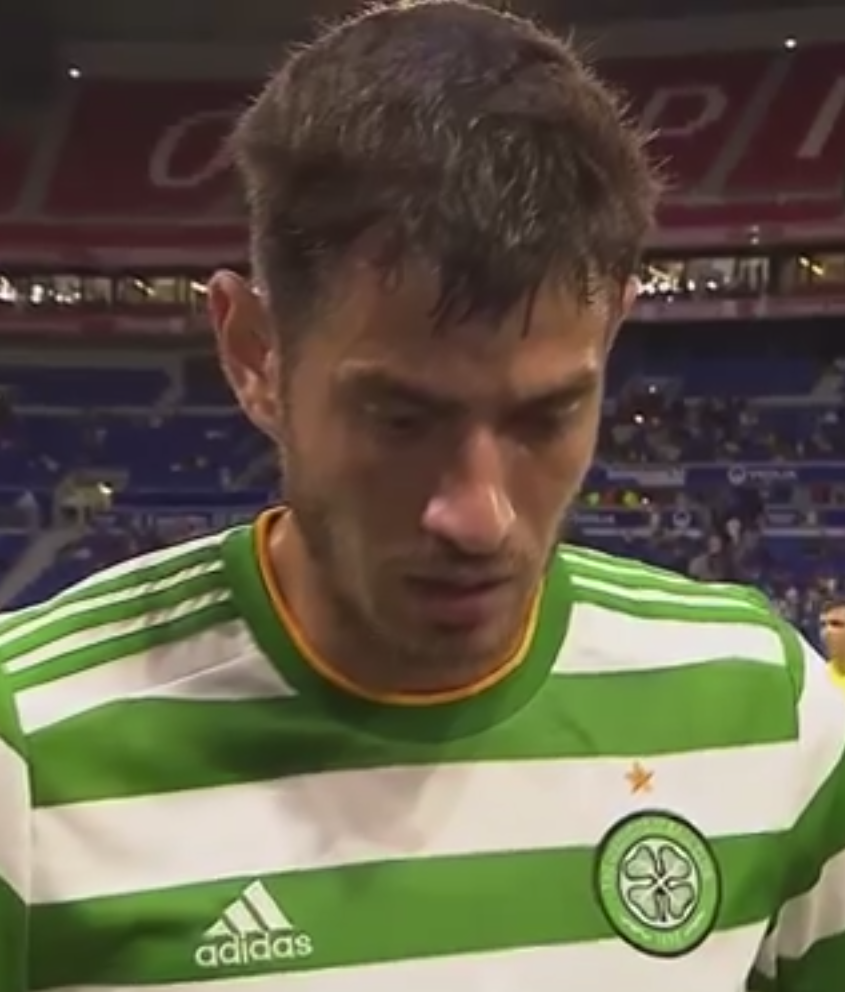 NEARLY MAN…Nir Bitton is on the brink of a comeback.

“Nir had it pretty heavy in terms of how much the virus took out of him. Physically, he is getting there.

“Odsonne, it’s not been too bad for him. He seems pretty strong now, he has had a few days longer than Nir in terms of training with the boys and training on his own.”

There was a further boost provided by Bitton’s international colleague Hatem Abd Elhamed. The right-back also tested positive, but he, too, is on the verge of a return to the first-team squad although he has remained in Glasgow.

Greek goalkeeper Vasilis Barkas, who missed Sunday’s 3-3 draw with Aberdeen at Pittodrie with a back problem, has also made the journey to France.

Lennon added: “Elhamed seems to have recovered quite well and, hopefully, he will be available at the weekend.

“Vasilis’s back seems to be okay. He has an on-going shoulder issue, but nothing too strenuous.”

Scott Bain, who deputised for the Greek No.1 against the Dons, is again on stand-by to go in against the French pacesetters.