Celtic Quick News on News Now
You are at:Home»Latest News»‘DEFENCE LET US DOWN,’ RODGERS
By CQN Magazine on 14th August 2018 Latest News
BRENDAN RODGERS watched his dithering defence cost Celtic a place in the Champions League play-off after they crashed 2-1 to AEK Athens in the Olympic Stadium tonight.
The Hoops gifted the Greeks two goals to go with the one they presented them with at Parkhead to be knocked out 3-2 on aggregate.
Craig Gordon had hardly anything to do over the two legs, but AEK now go through to the play-off against the Hungarians of Vidi – only three hours away for the £40million windfall that comes with participation in Europe’s elite tournament.
Celtic were without the suspended Kristoffer Ajer and Belgian Dedryck Boyata who insisted he was unfit to play. The defender has not kicked a ball in anger since June 28.
After the narrow defeat, where a late Scott Sinclair header reduced the deficit after goals from Rodrigo Galo and Marko Livaja had put the home side 2-0 up, the Parkhead boss confirmed Boyata had been fit. 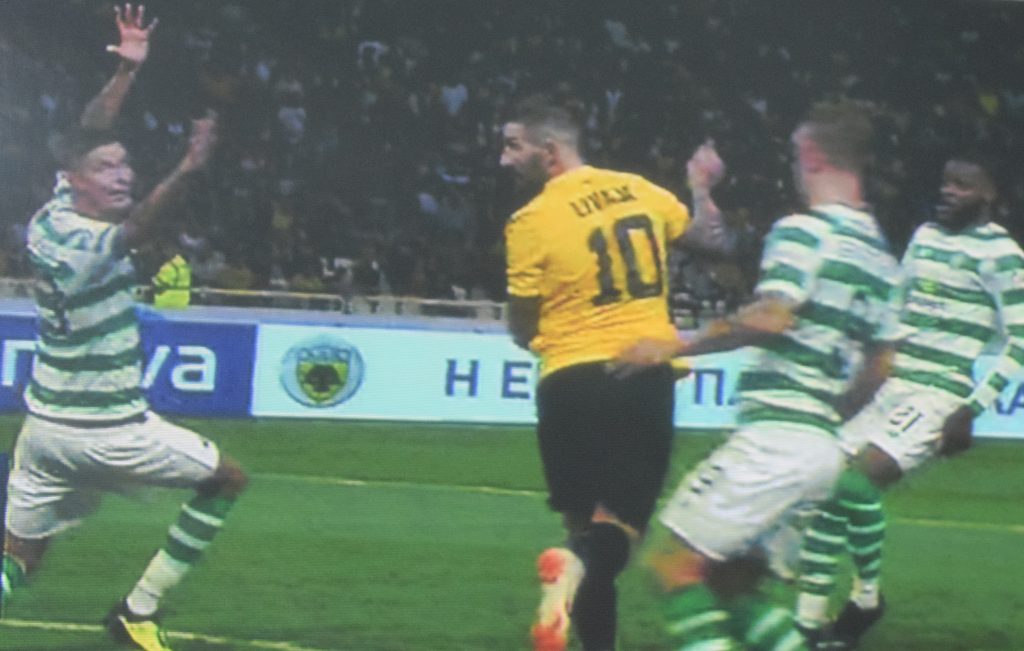 He said: “Yes, we were obviously missing our two best centre-halves this evening, unfortunately.

“My concentration really until I get back is only with the players who are here.

“But, yes, Dedryck would have been fit to play.”

Asked if he felt frustrated on a night where defensive inadequacies proved costly, Rodgers replied: “Yes, of course. He (Boyata) has been with us on the journey now for a couple of years and helped us get to this position and, of course, someone of his quality, a World Cup semi-finalist in our team, would certainly have helped.

“But he wasn’t here and we look at the performance without him and I can’t think any more than that.”

Rodgers admitted it was “very difficult” to get his head around his side’s defending which left them in a Europa League play-off spot where they will play Latvian side Spartaks Jurmala or Lithuanian side Suduva. 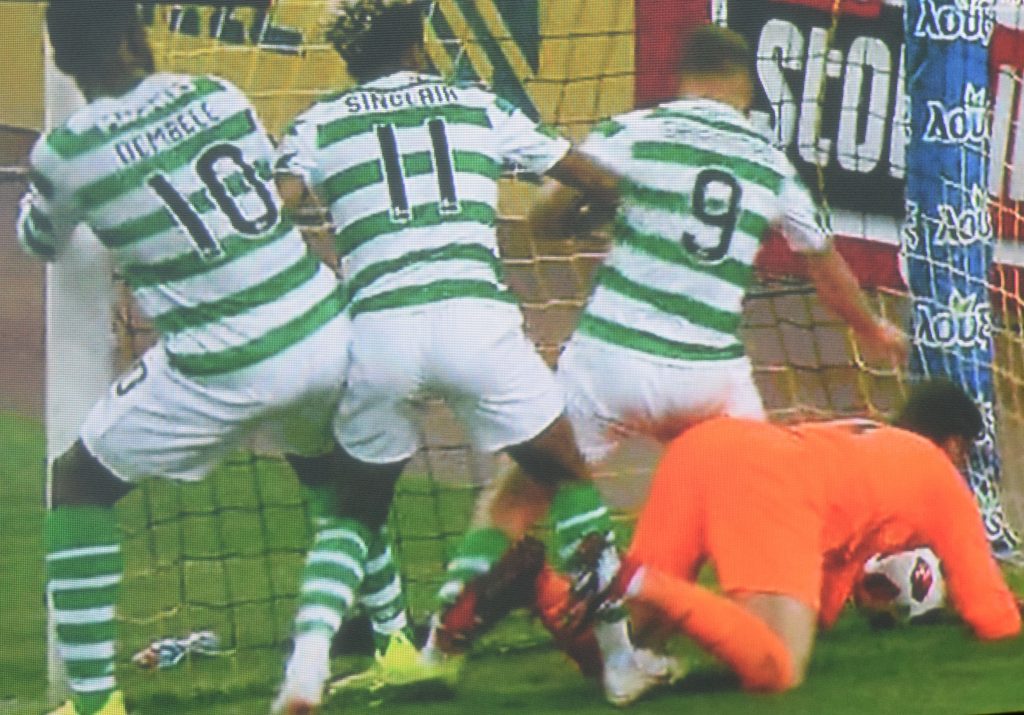 THREE INTO ONE WON’T GO…Celtic strikers Moussa Dembele, Scott Sinclair and Leigh Griffiths follow the ball into the net after the Hoops’ late goal.

He said: “We conceded a soft goal against Livingston and Rosenborg and against Hearts we gave away a goal.

“We are not getting opened up and fantastic goals scored against us, it is concentration and basic defending.

“So, it is hard to get your head around it. I always say you shouldn’t have to lose to learn, but when you do lose you have to learn, so that is our message and we get back to the training field and try to improve.”

The Celtic board have little over two weeks to hand Rodgers the reinforcements he craves.

He remains confident missing out on the Champions League will not hinder the calibre of player the club can attract.

Rodgers added: “Celtic’s still a fantastic club. The European level, we wanted to be Champions League, but, if not, the Europa League is still a very good competition.

“We want to be in it, of course. Celtic will always attract very good players and that’s something we hope we can do between now and the end of the window.”