Former Dundee United boss Micky Mellon worked with the Scotland Under-21 keeper at Tannadice last season and is keen for a reunion, according to a report in the Daily Record.

Doohan impressed during his stint as emergency cover after Swiss No.1 Benjamin Siegrist broke a hand and the Paisley-born gaffer is eyeing a move to take the 23-year-old highly-rated Hoops shotstopper to Prenton Park on a season-long temporary transfer. 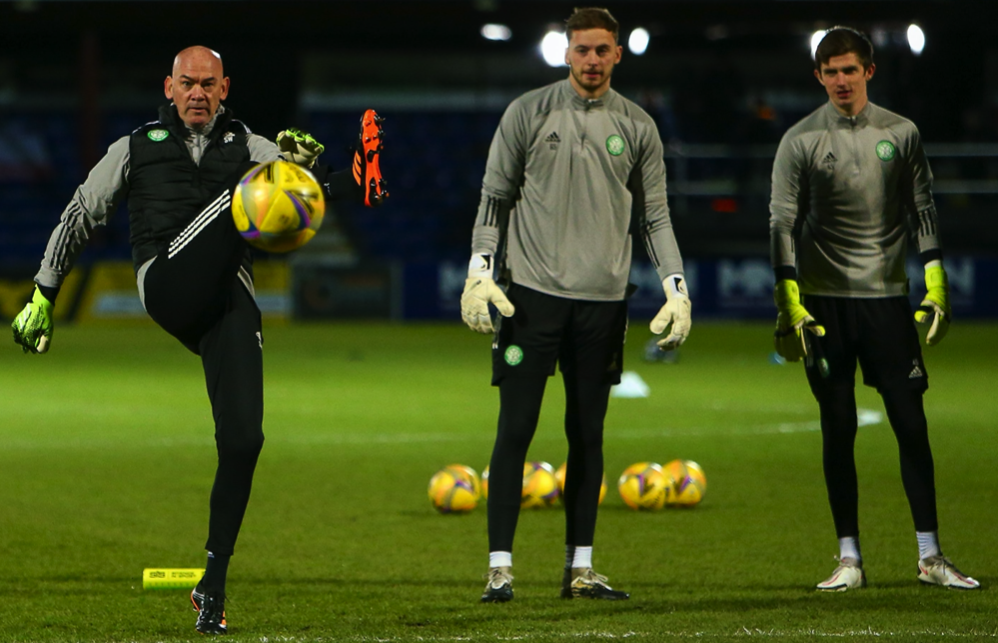 THREE OF A KIND…Celtic goalkeeping coach Stevie Woods goes through a routine with Connor Hazard and Ross Doohan.

The international shotstopper, who has made 11 appearances for the Under-21s, has also had loan spells at Morton, Ayr United and Ross County as he awaits his breakthrough chance at the Hoops.

Coincidentally, Connor Hazard, Celtic’s hero with two saves in the Scottish Cup penalty-kick shoot-out against Hearts that sealed the phenomenal quadruple treble in December last year, is also on the wanted list of newly-promoted Dundee.

It is highly unlikely Ange Postecoglou will allow both of his promising youngster to leave at the same time as it is clear he still needs back-up to Vasilis Barkas and Scott Bain.