FORMER Celtic team-mates Kelvin Wilson and Tony Watt have got involved in an offield war of words.

The ex-central defender, who joined from Nottingham Forest on a Bosman in 2011, insisted the striker wasn’t “focused” during his time at Parkhead.

But Watt, 25, who is currently playing for CSKA Sofie in Bulgaria, hit back with the message he “couldn’t care less” what the Englishman says about him.

Wilson, speaking on the Si Ferry on Open Goal show back in January, claimed the one-time Scotland international frontman couldn’t follow in James Forrest’s footsteps at the club.

He also said Watt used to enter the Celtic dressing room “like he was the main man”.

Wilson remarked: “Jamesey wasn’t chirpy – he just wanted to learn the game and do well where Tony maybe wanted the limelight of a footballer kind of thing. 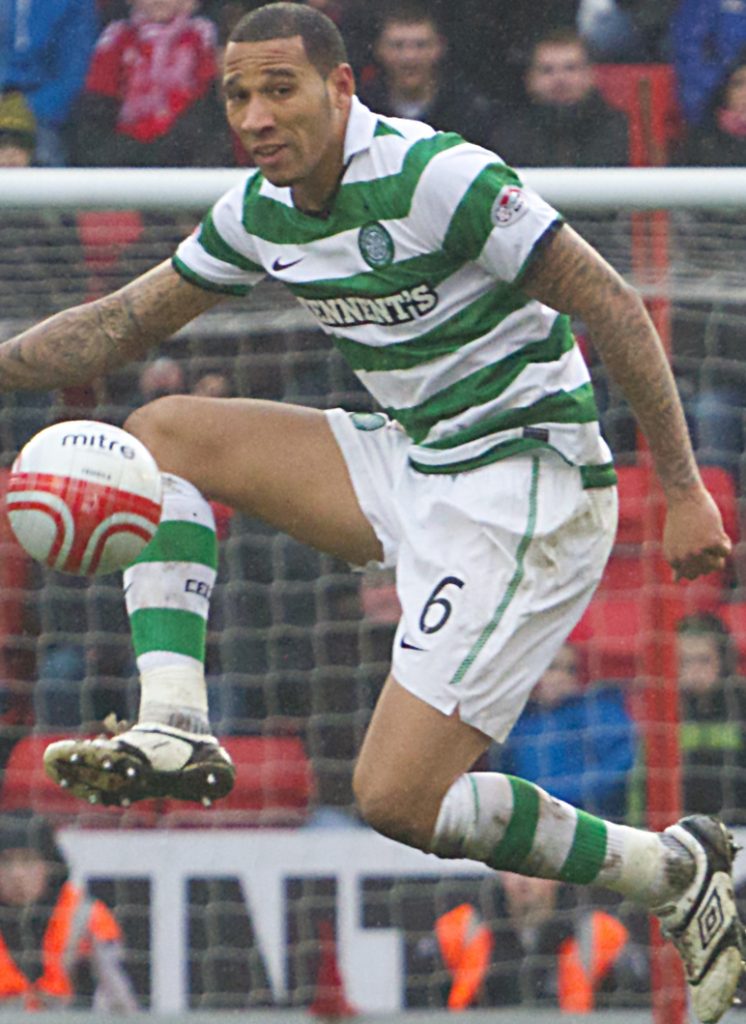 UP IN THE AIR…Kelvin Wilson in action for Celtic.

Watt has waited until now to reply to Wilson comments.

He wrote on Twitter: “Couldn’t care less what Kelvin Wilson says about me to be honest!

“Respected him as a player and still respect him as a man but his opinion means nothing to me. And I don’t agree with it!!”

In another tweet, Watt added: “Not everyone’s going to like me, I get that. But some people who comment on my career make my head feel numb.

“Don’t comment on someone’s talent if you have zero talents.”

Wilson and Watt played together several times for Neil Lennon’s side and were in the team that beat Barcelona in the memorable Champions League victory in 2012 when the attacker scored the winning goal in the 2-1 triumph.

The homesick centre-half returned to Forest in 2013 and Watt was on his way when Ronny Deila took over in the summer of 2014.