DANIEL ARZANI is determined not to become the forgotten man in Neil Lennon’s plans for the new season.

The 20-year-old Australian international accepts he is on a wing and a prayer as he hopes to break into the squad following his rehab after knee surgery.

The unfortunate Arzani, who has one year of his loan deal from Manchester City to run, was injured only minutes into making his Hoops’ first-team debut in the 5-0 win over Dundee at Dens Park on October 31.

He returned from last year’s World Cup Finals in Russia as one of the game’s hottest properties after making appearances in all of his nation’s group matches alongside Tom Rogic. 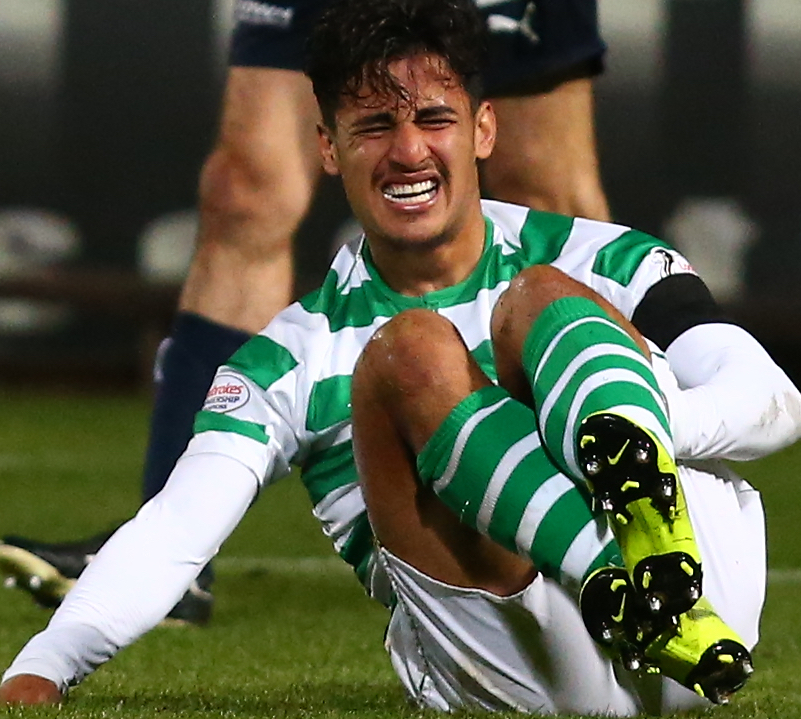 PAIN GAME…Daniel Arzani is grounded on his Hoops debut.

However, his career stalled with his cruciate ligament problem that was brought on when his studs stuck in the turf as he attempted to make a quick turn without an opponent within touching distance. The youngster went down in agony and had to stretchered off.

He had been on the pitch exactly 22 minutes.

Arzani hasn’t featured in Lennon’s first-team squad for the two outings against FK Sarajevo and Rennes where Mikey Johnston, Lewis Morgan and Karamoko Dembele have been given the nod to impress the Irishman.

Maryan Shved, the £2million Ukrainian flanker, will also provide opposition in the months ahead.

The former Melbourne City prospect, speaking to the media in his homeland, said: “I’ve talked a little bit with the gaffer and, as everyone knows, he’s really passionate about Celtic. 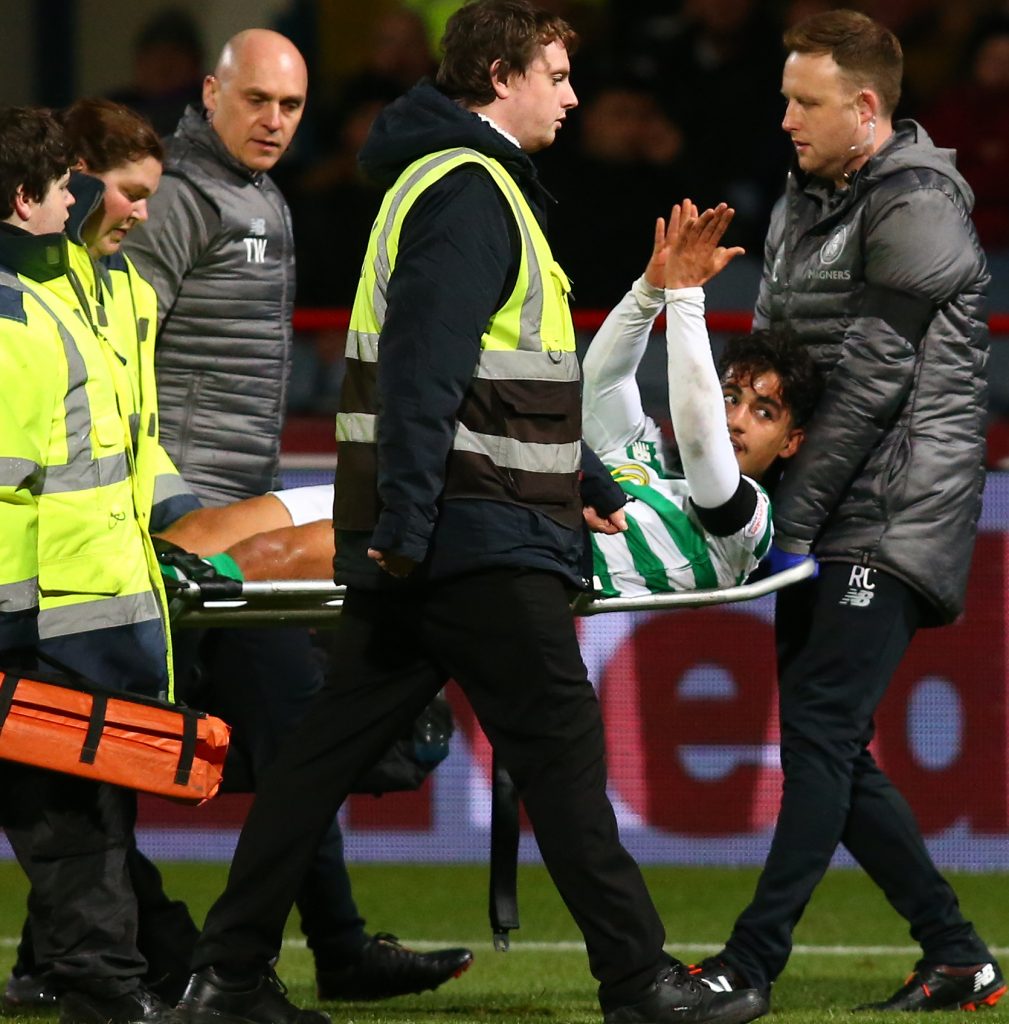 HELLO AND GOODBYE…Arzani is stretchered off only 22 minutes into his first appearance.

“For me, Neil Lennon is always asking about my rehab and my fitness.

“The gaffer telling you he wants you back, that’s great to know that he’s keen to get me back in the team.”

Arzani is unlikely to get a place against the Bosnians in midweek in the second leg of the Champions League qualifier at Parkhead, but he lives in hope of being able to demonstrate his qualities in the hoops.

The Bhoy from Oz definitely deserves a change in fortune.