JOHN HARTSON has warned Celtic they will have to splash the cash to get back on track after a massively disappointing campaign.

The Hoops have meekly surrendered all three domestic trophies that have been their exclusive property for four consecutive years.

It had been a campaign that promised so much in the summer, but one that stumbled towards oblivion in an error-strewn season that saw the bid for a historic tenth successive title dynamited shortly after the turn of the year.

The club had already exited the Betfred League Cup after an inexplicable and unacceptable 2-0 loss to Ross County in the east end of Glasgow in November and the holders relinquished their grip on the Scottish Cup with a mind numbing performance at Ibrox yesterday where they squandered four excellent opportunities – including a dreadful penalty-kick from Odsonne Edouard – before collapsing through the trapdoor to failure.

Hartson, who cost Martin O’Neill £6million when he arrived from Coventry City in the summer of 2001, reckons the rebuild at his old team will be massive as they prepare for the crucial 2021/22 season.

The Welsh legend said: “To play for Celtic or Rangers you have got to be a certain type, a certain character. You’ve got to have a winning mentality.

“Celtic have had the winning mentality for nine years, but you look at the recruitment, the goalkeeper, people don’t think Scott Bain is good enough to continue in goal. They need a goalkeeper. 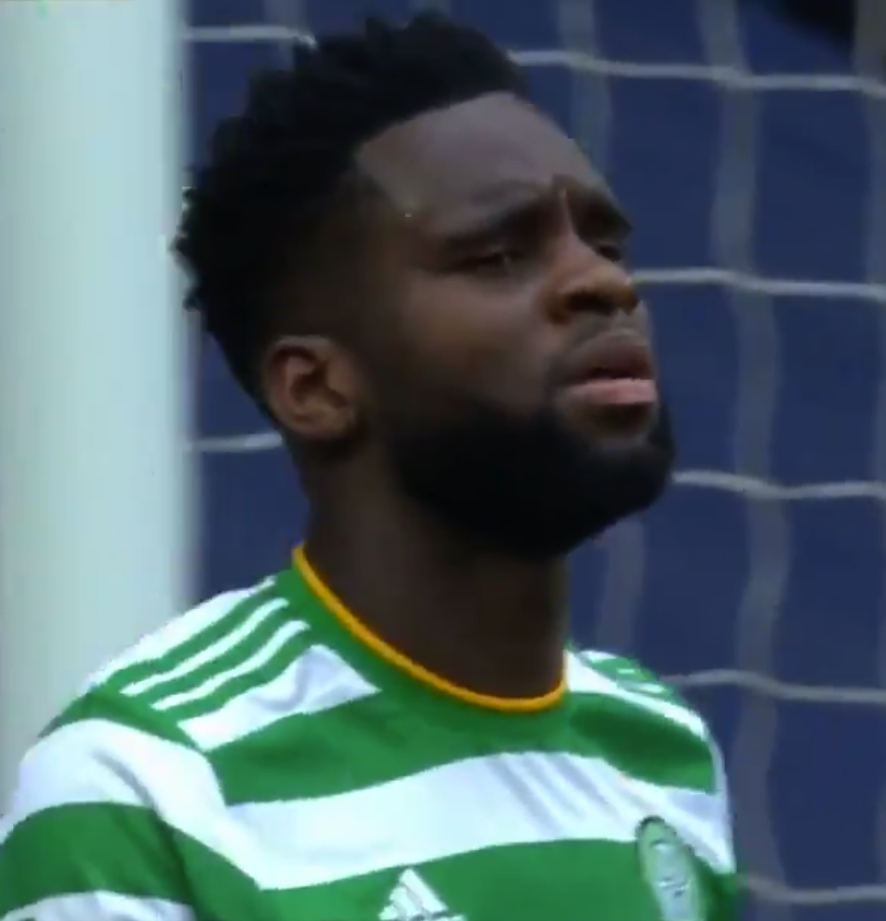 ON HIS WAY…Odsonne Edouard is heading for the Parkhead exit in the summer.

“You can’t just replace players who won’t be here next year, they have to be of a certain quality. Good players cost a lot of money.”

Hartson is puzzled at the sudden demise of the club in a depressing, disappointining season and, speaking in the Daily Record, added: “To lose the league by 20 points, there is certainly a lot of work to be done.

“It’s incredible to think they were so far ahead, I was actually going about telling people they will do 12, 13, 14 in a row.

“Scott Brown is leaving the football club, Peter Lawwell is leaving after many years, and Celtic, at this moment in time, are still searching for a manager. There’s not even a manager in place. In terms of players leaving, who is coming and going, who is making those big decisions?

“There is so much work to be done staff wise and personal player wise.”