CELTIC players have scored more goals at Ibrox than their opponents in Glasgow derbies this season.

The Govan side have celebrated three strikes against their Parkhead rivals in two games – two courtesy of visiting performers.

The unfortunate Jonjoe Kenny, on loan from Everton, obliged with the second goal in Steven Gerrard’s team’s 2-0 Scottish Cup fourth round victory yesterday. The defender got in ahead of Ryan Kent to a right-wing cross from Joe Aribo.

Scott Bain was left helpless as the ball flashed past him to double the opponents’ advantage.

Remarkably, the blethering Ally McCoist, co-commentating with Chris Sutton, described Kenny’s effort: “It is absolutely a top-class goal, it really is a brilliant goal.”

CQN cannot think of too many own goals that have been described as “brilliant”, but you have to assume the legend that is Ally knows what he is talking about.

Alas, Callum McGregor beat Kenny to scoring for the Ibrox club in a campaign that has offered more questions than answers. His moment in Govan folklore arrived on January 2 when he deflected in a right-wing corner-kick for the only goal of the game. On this occasion, the baffled netminder was Vasilis Barkas in one of only two of his appearances this year.

Odd man out in the scoring stakes is Steven Davis who netted the opener yesterday and as is actually a home player.

OOPS…Jonjoe Kenny dives in before Ryan Kent to get his foot to a cross beyond Scott Bain.

OOPS…Callum McGregor diverts in a corner-kick for the winner in the January 2 Premiership clash. 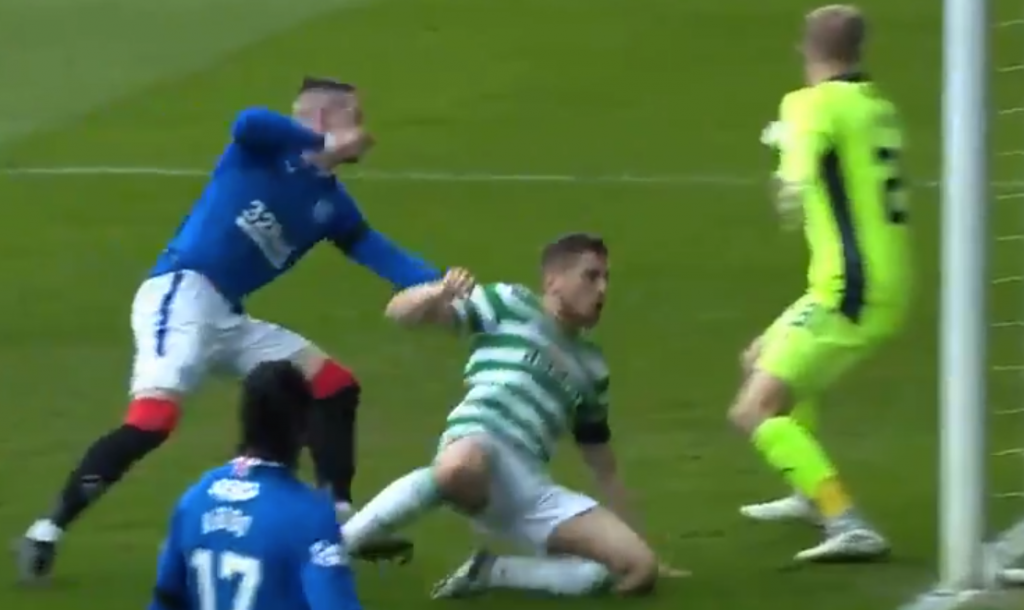 SINKING FEELING…Jonjoe Kenny hits the deck after beating his own keeper. 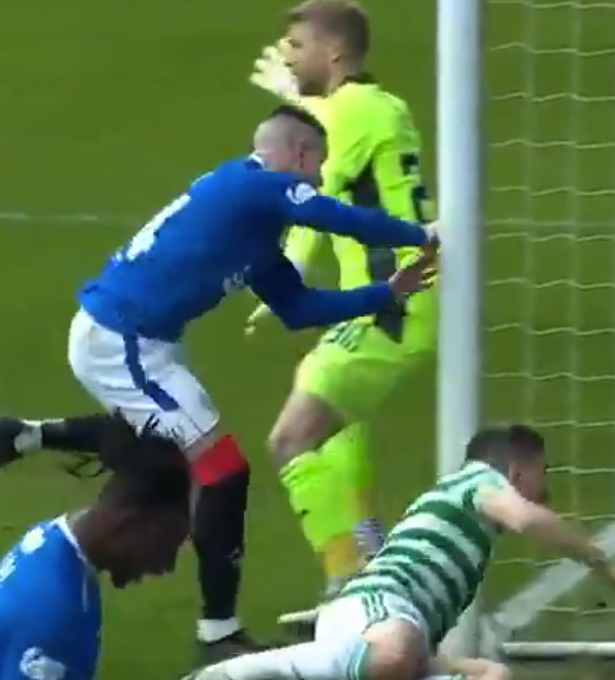 BAFFLED…Scott Bain can only wonder what happened at a cruucial goal. 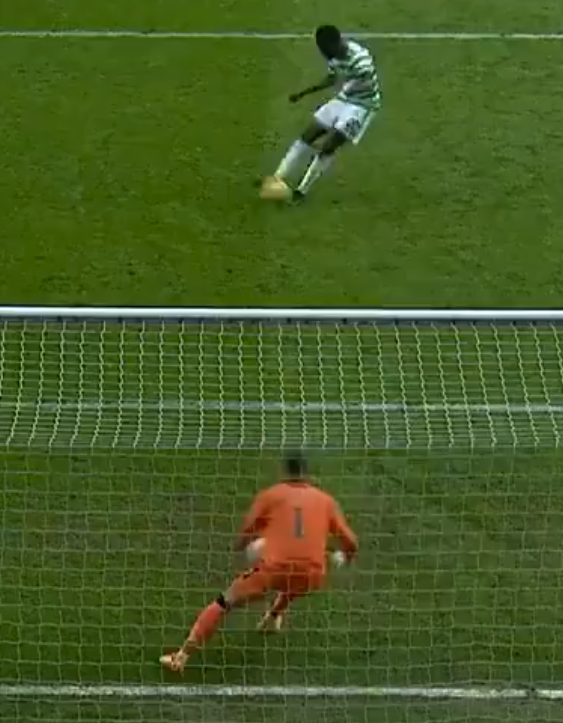 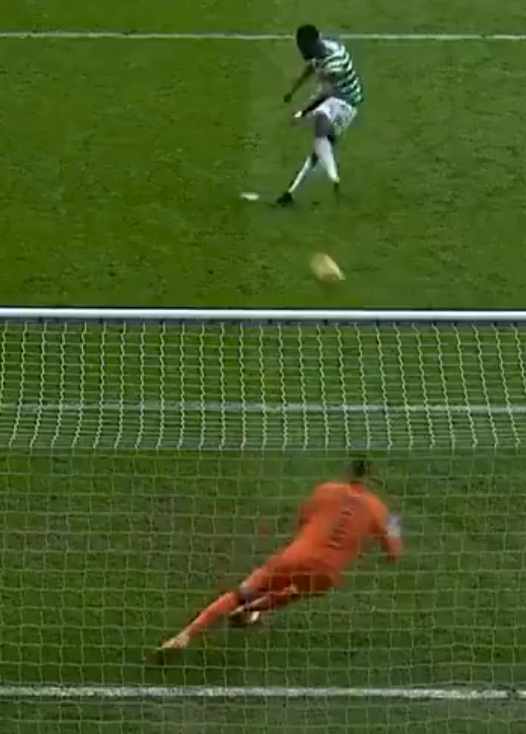 ON THE MOVE…Allan McGregor anticipates the direction of the Frenchman’s effort. 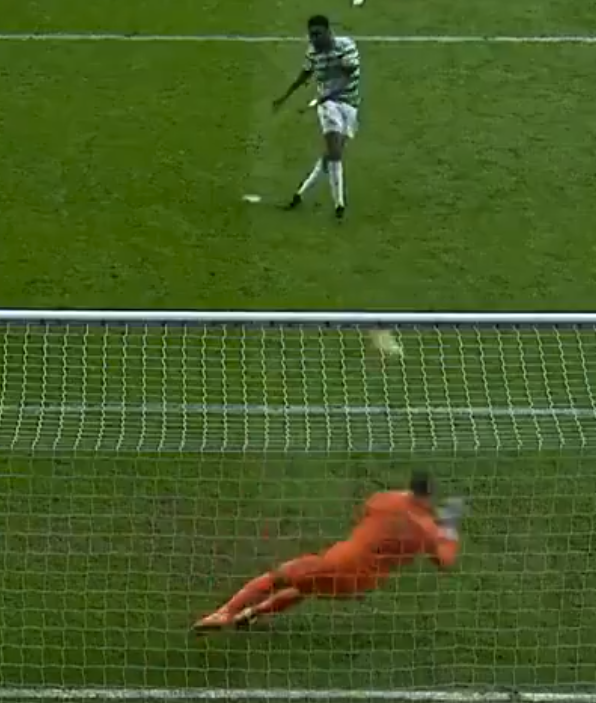 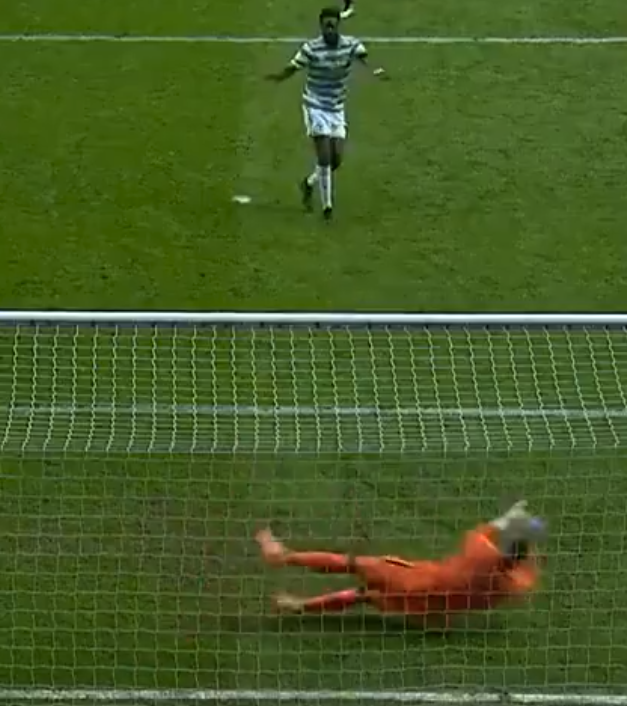 MOMENT OF CONTACT…McGregor gets his hands to the ball as Edouard realises he has fluffed the opportunity. 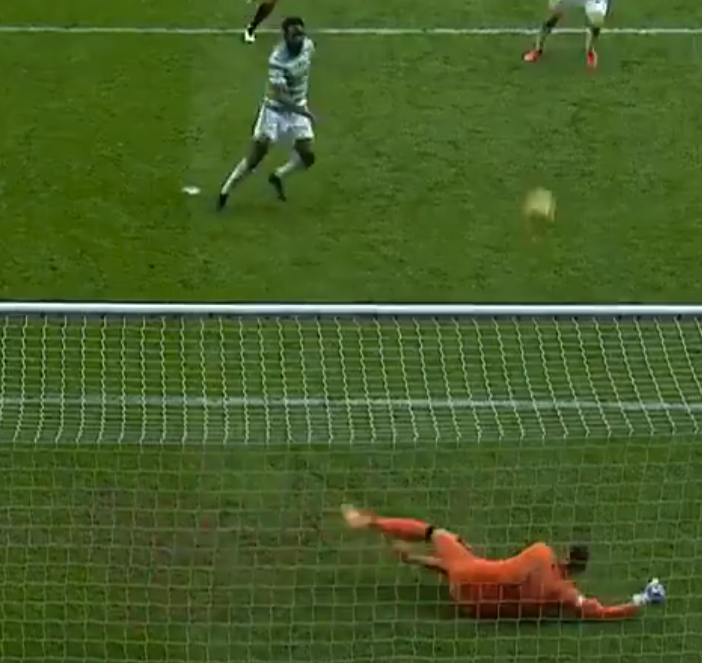 ON THE REBOUND…the ball bounces clear as Edouard looks on in dismay.