Celtic Quick News on News Now
You are at:Home»Latest News»‘I DON’T THINK I NEED TO PROVE ANYTHING,’ GRIFF
By CQN Magazine on 28th October 2020 Latest News

The 30-year-old’s effort in the 3-3 draw with Aberdeen at Pittodrie on Sunday was his 117th Hoops goal which put him level with Bobby Collins, a Parkhead hero whose career spanned from 1949 to 1959 when he left for Everton.

Griffiths’ target is to get into the parade of hot shots that is led by the legendary Jimmy McGrory on 552.

The prolific Scotland international hopes to get on the mark against Lille in the Europa League Group H clash in France tomorrow night after last Thursday’s disappointing 3-1 loss to AC Milan in the opening encounter in Glasgow.

Griffiths, speaking to the Celtic website, said: “It’s great, being back in the team and scoring, it’s the thing you work hard for every week.

“Whether I’m starting or coming off the bench, I want to contribute to the squad and Sunday was another example of that.

“I don’t think I need to prove anything. The manager knows what I can do. I want to try and contribute as much as I can. But it’s not just about me, it’s about the squad and trying to get positive results.” 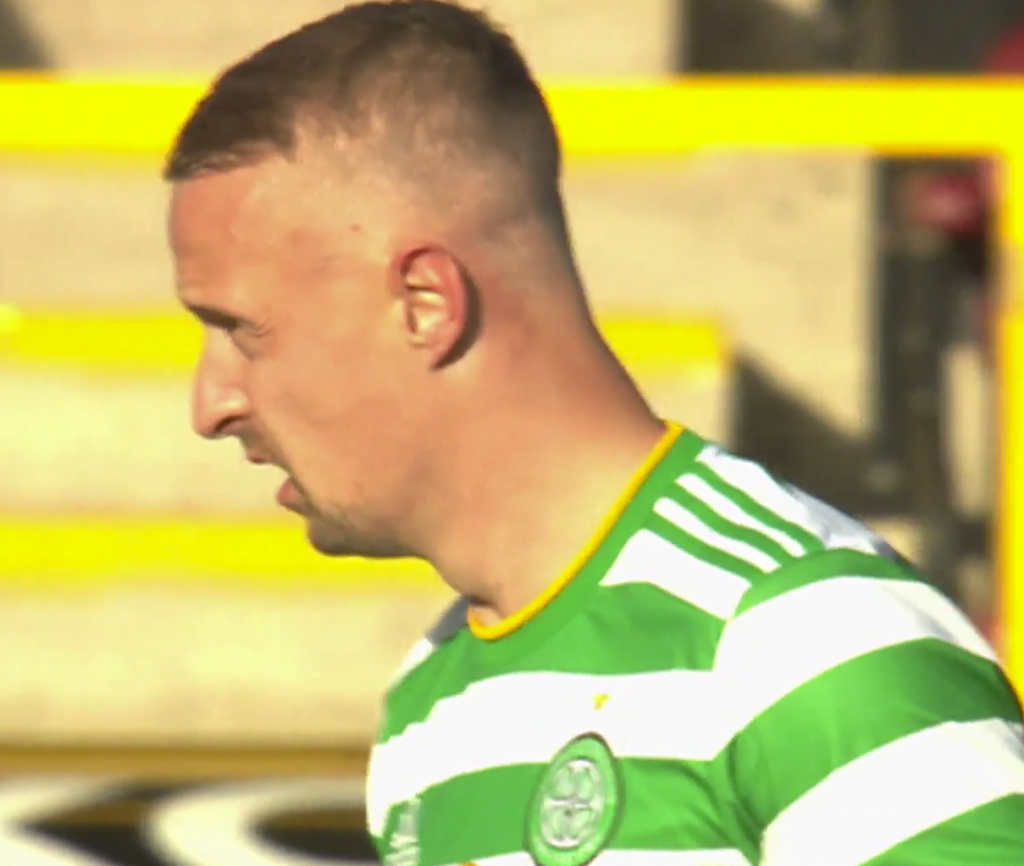 The team has taken some savage criticism in recent weeks after a particularly dismal performance in the 2-0 loss to Steven Gerrard’s Ibrox outfit where they contrived to go through the entire 90 minutes-plus without getting a solitary shot on target.

Griffiths added: “Everybody just needs to stick together. Performance-wise, I don’t think we’ve been too bad. Against Rangers, I think they deserved to win the game, they were better than us. On Sunday, I thought we were the better side, and we were unlucky not to come away with three points.

“For me, the only opinions that matter to me are the coaching staff here at the club and whether they feel I’m ready to start games or come off the bench to make a contribution.

“I’m raring to go, I’m training every day. If I get a start, then great, if not, I’ll do everything I can to help the team get the three points – in Europe or at home.

“You’re going to get pressure at a big club and just because we’ve had a couple of bad results that doesn’t mean the whole world is coming to an end.

“We go again on Thursday.”

Celtic return on Friday morning to prepare for the crucial Scottish Cup semi-final against Aberdeen at Hampden which, of course, has been held over from last season due to the coronavirus pandemic.

The Hoops are two wins in the national competition away from the phenomenal quadruple treble – and Griffiths is determined to play his part.