And the deep-thinking Bazza has urged the Govan players to “get in Scott Brown’s face” during Sunday’s Scottish Cup semi-final at Hampden.

The ex-Clyde boss said: “When I said Brendan Rodgers got lucky in last month’s derby it seemed to get right under the Celtic manager’s skin.

“I was surprised he chose to react so strongly and it’s a pity if I upset him because I have nothing but the utmost respect for him and everything he has done in the game. But I’m not in the least bit sorry.

“In fact, not only do I stick by every word, but I’ll go one step further and say I hope he used up all his good fortune that day because it’s about time my old club catch a break or two when the two sides come together again at Hampden on Sunday.

“And, as far as I’m concerned, Rangers were the better team even though they lost the last Old Firm game 3-2.

“Also, I feel I’m as well qualified as anyone to talk about this particular fixture as I’ve played in enough of them down the years.

“And I’m telling you now, luck plays a massive part in almost every single one of them. 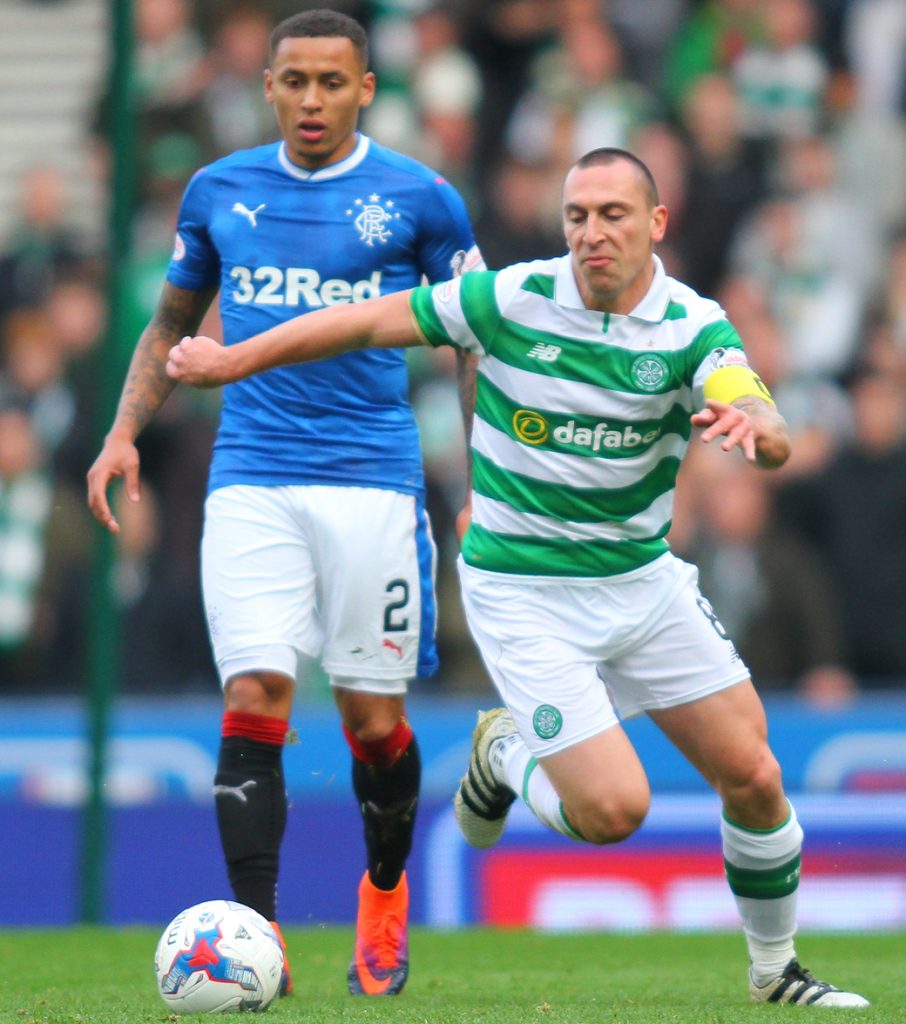 ‘WATCH YOUR BACK, BROONY!’ Former Ibrox skipper Barry Ferguson
has a warning for the Celtic skipper.

“I can remember walking off the pitch almost laughing to myself after winning some Old Firm games, wondering how on earth we had done it. Similarly, I’ve sat there afterwards in a state of shock after losing games we had completely dominated.

“Trust me, nine times out of 10, you need a bit of luck on your side to win an Old Firm derby. While I understand you need to earn that luck, there’s no doubt in my mind the gods were smiling on Celtic last time out.

“If Rangers are going to get their own back this weekend, they’re going to need the roles to be reversed. And, let’s face it, It’s about time.

“Rodgers has done a magnificent job since coming to Celtic and his record against Rangers of seven wins, two draws and no defeats underlines that fact.”

Bazza has a masterplan for his old club to turn the fixture on its head. He said: “Any Rangers player who doesn’t believe he can win on Sunday shouldn’t bother turning up.

“They have to embrace this challenge and realise they are 180 minutes away from winning a trophy and marking a major milestone in the club’s recovery.

“They have a chance to repay the supporters for everything they have done for the club. Who wouldn’t give their right arm for an opportunity like that?

“Never mind standing off Scott Brown and letting him dictate things. Get in his face and knock him out of his stride right from the very first kick. That’s what I’d be doing.”

That rattling noise the Celtic support will hear above the din at the national stadium on Sunday will undoubtedly be Broony shaking in his boots.