BRENDAN RODGERS has enjoyed a full week of training at Lennoxtown to get his Celtic players up to speed for Sunday’s Scottish Cup semi-final.

The Hoops boss is preparing for his fourth Hampden Cup semi-final and admitted he has stuck to the routine that has proved to be the foundation for success since he arrived at Celtic in May 2016.

Rodgers said: “We got the recovery done after Sunday and then we’ve had a clear run at it. Nothing changes.

“We will be relaxed and focused. We enjoy the occasions at Hampden and we have done well in the games there, so, hopefully, we will again this time.

“It’s important the players relax and stay focused. Avoidance is a good way to do it. Avoid all the newspapers and media. 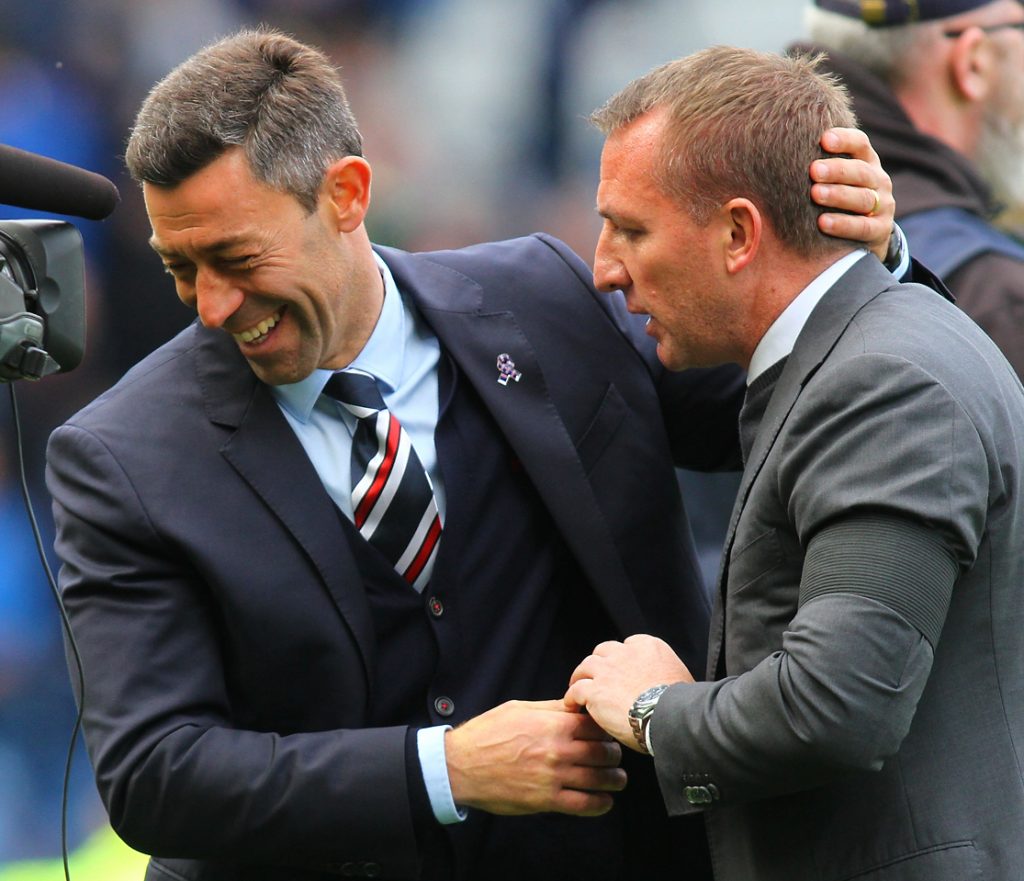 “There’s always plenty of hype in these games, but no matter the game or the occasion, we don’t need to magnify a Celtic versus Rangers (sic) game, whatever the competition.

“They are always big games. The key thing for a manager is to manage the players and that is every week, no matter the opponent or occasion.

“There’s no more or less. There’s no travelling away, unless it’s the preparation for every game.”

Rodgers outwitted two Ibrox managers at the national stadium last season with a 1-0 win over Mark Warburton’s team in the League Cup semi-final and then 2-0 over Pedro Caixinha’s outfit in the Scottish Cup.

Now Graeme Murty is in line to make it a happy hat-trick for the Irishman in his relentless pursuit of success.

Who would bet against him?