ALEXANDRO BERNABEI agreed a five-year deal with Celtic this morning – and admitted he can’t wait to sample the “crazy” atmosphere of Parkhead.

The 21-year-old left-back – who made history by becoming the first Argentinian player on the Hoops’ books – was finally unveiled after arriving in Glasgow last Friday from Buenos Aires.

Bernabei, who caught the eye of Parkhead talent scouts with his performances with top-flight club Lanus in his homeland, is eager to get started after being handed the No.25 shirt.

The former Argentina Under-19 star said: “I’m very happy to be here and I feel grateful to the club for giving me this opportunity. 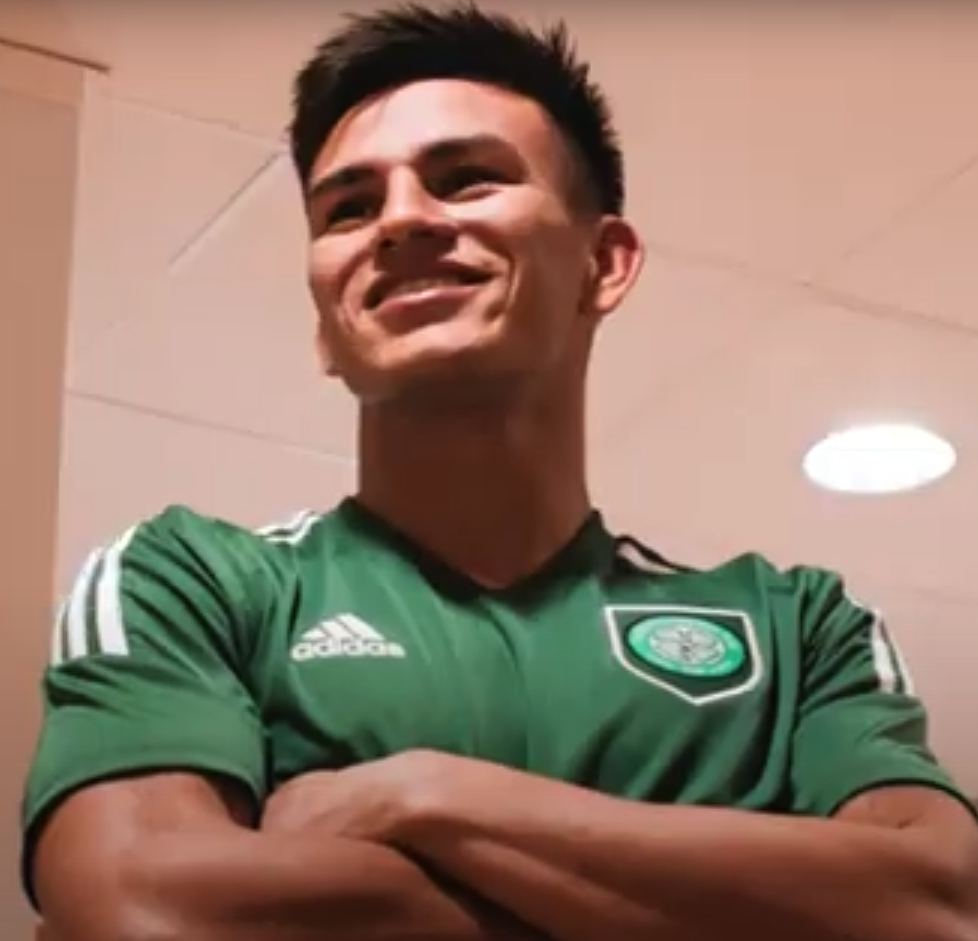 “I feel proud to be playing in Europe because it was one of my dreams and I’m excited to train with and play with my new team-mates.

“The stadium is just incredible. The people, the club, team-mates and the coaching staff are all incredible.

“I’m very excited and happy and I can’t wait to be playing in the Champions League.

“I’ve heard that the people are crazy, so I can’t wait to sense that feeling and emotion in Celtic Park.”

Bernabei is excited at the prospect of performing in a new country and working with Ange Postecoglou.

The defender, speaking to Celtic TV, added: “I spoke to the manager and he said he believed in me and my quality and that I can adapt to the team quickly. 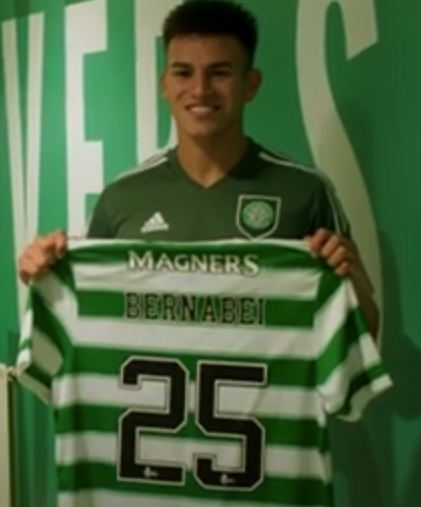 “This is my first time in Scotland and Glasgow and I’ve seen the city on the internet and it looks very beautiful, so I’m excited to be able to get to know it more.

“The objective is to become champion and we want to achieve big things as a club and I would like to achieve all of our objectives this year.”

Bernabei is Postecoglou’s third signing of the summer after Cameron Carter-Vickers arrived in a £6million four-year deal from Spurs following last season’s impressive loan spell in the east end of Glasgow.

Swiss keeper Benji Siegrist followed after leaving Dundee United at the end of his contract following four years at Tannadice.

Filipe Jota will be unveiled as the fourth signing with the Portuguese winger arriving on a £6.5million transfer from Benfica.