REO HATATE did all his talking on the pitch following his Hogmanay arrival from J-League champions Kawasaki Frontale.

The midfielder signed on the same day as his fellow-Japanese Daizen Maeda and Yosuke Ideguchi to catch up with Kyogo Furuhashi who had joined the Ange Postecoglou revolution five months earlier.

Hatate made an immediate impact with the Man of the Match award on his debut as he shone in the 2-0 win over Hibs at Parkhead where Maeda opened the scoring inside four minutes at a packed and rocking Parkhead on January 17. I’M IN CHARGE…Reo Hatate on the ball as he plays his part in Celtic’s surge to the title.

The all-action performer took the eye with his tireless running and stunningly-accurate passing. Of course, he became a firm favourite with the Hoops support at the start of the following month when he scored two goals and set up the third for Liel Abada in the breathtaking 3-0 derby victory over Giovanni van Bronckhorst’s Ibrox outfit.

That runaway success somersaulted the Celts to the Premiership pinnacle for the first time in 18 months – and they remained in pole position until they made certain of the title in the 1-1 draw with Dundee United at Tannadice on May 11.

And 24-year-old Hatate will be even BETTER this season, that’s the firm conviction of Hoops hero Stiliyan Petrov who can see similar patterns in his early career at Parkhead and those of the Japanese.

The Bulgarian is convinced the player will really excel once he picks up the lingo, a problem he faced after joining in a £2.8million switch from CSKA Sofia in 1999, one of the first signings of the ill-fated Kenny Dalglish-John Barnes one-year reign.

Asked to select the most difficult thing about adapting, Petrov replied: “Everything! 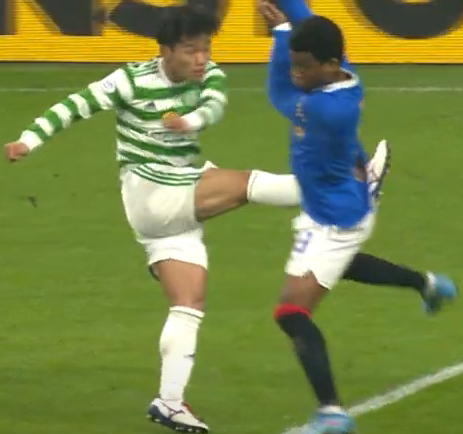 WALLOP…Reo Hatate thumps a right-foot effort past Amad Diallo to open the scoring for the Hoops in the 3-0 derby win in February.

”He is miles away from family and friends and there is a language barrier. The language is a big thing. I know people say you have interpreters, but that is not going to help him all the time.

“When you are in a playing environment, players want to hear you speak. Even if you don’t speak the language they want to see you try and make the effort.

“That is why he has to understand the language and that is difficult. You listen and, when you are not involved in that and don’t understand those conversations, it is very, very difficult.

“I would go home and I would not be able to discuss having something on my mind.

“Or if I was happy or unhappy, I couldn’t say it. This will be him.

“It takes time and I think the club is in a better place now, too, with club liaison officers.” 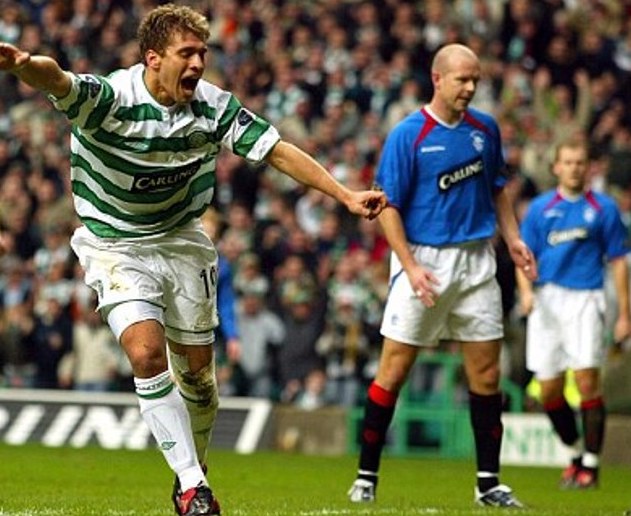 Petrov, 42, speaking to the Daily Record, continued: “The fact Hatate still made such an instant impression in such a vital area of the field spoke volumes for the work of the individual, the club in helping him to settle, his team-mates and, of course, the management of Ange Postecoglou.

“He will have learned well from last season. He will understand Scottish football, the physicality, the technical side of it, the players.

“When I came to this country I had to learn a lot about Scottish football, the players I was playing against and with. It takes time.

“Reo started really well and then had a dip which is normal because of the way he plays. He plays with so much intensity.

“He has to get fitter and stronger and get better stamina, but he will do that. What I expect him to do is to trust the process, trust the manager.

“If he does that then it will take his mind off the pressure because he will be thinking that there is a demand on him to score all the time. He does not have to do that.

“It will come as long as he enjoys his football and understands the demands of Scottish football.” 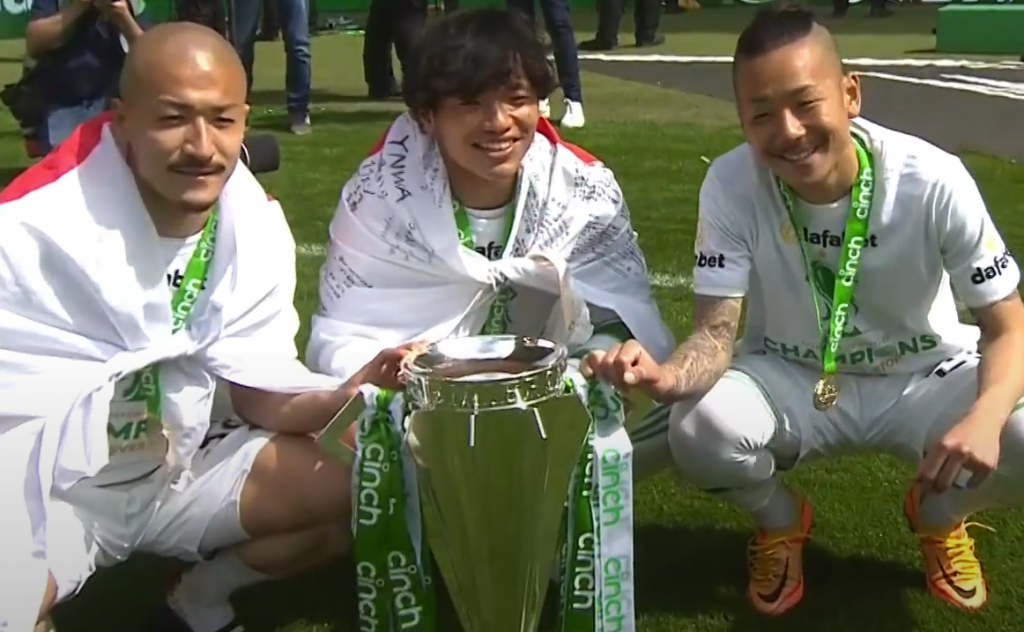 Petrov, who joined former Hoops boss Martin O’Neill at Aston Villa in August 2006 for £6.5million, added: “I love him as a player. You can see his strengths and how he loves running from behind and getting into the right position to score.

“He gets into perfect positions. But you have to take your time. Just now his running is everywhere.

“What he has to do sometimes is stand still, enjoy the game and don’t let the game pass him by.

“I believe the manager will help him to understand his game.”