FILIPE JOTA admits he “fell in love” with Celtic as he agreed a five-year permanent deal, as CQN reported earlier today.

The 23-year-old winger sealed his £6.5million move from Benfica and is now looking forward to an exciting new chapter in his Hoops career after scoring 13 goals in all competitions during his season-long loan last time out.

Jota, who netted matchwinning strikes in two crucial games against Aberdeen at Pittodrie as Ange Postecoglou’s side steered a steady path towards the club’s tenth title in 11 years, said: “I’m feeling great. It’s a tremendous step in my career.

“I’m really happy to have joined Celtic and I just want to give some joy to the fans, to our team and conquer as many things as we can. 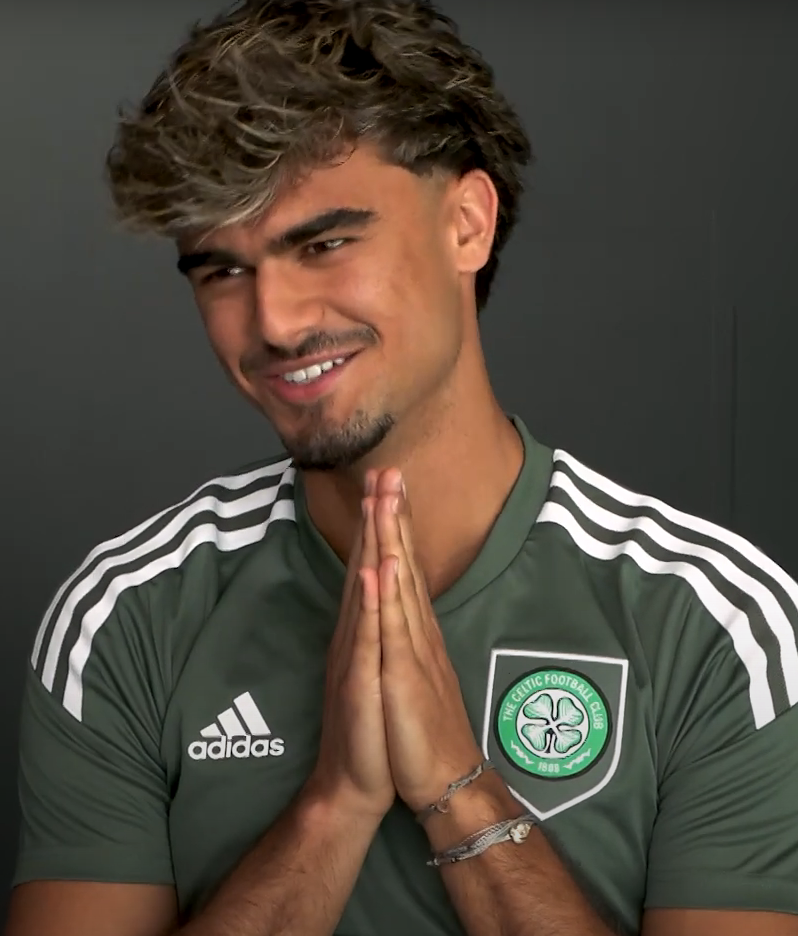 ON A WING AND A PRAYER…Filipe Jota looks pleased after agreeing five-year deal.

“It was a great experience last season. I already knew, more or less, how big Celtic was, but I think people only realise once you are inside the club and inside the structure.

“With the season that we had with all the winning and all the trophies, I think it was very good for everyone. I just got to know the club in another perspective and I just fell in love. So, I think it’s a good time to be here and I just want to develop.”

The Portuguese ace is keen to return to action and, speaking to Celtic TV, continued: “I really missed the Celtic fans and Celtic Park, the atmosphere – even the away games, I think they are terrific.

“It’s something that I was not expecting and it really pushed me. 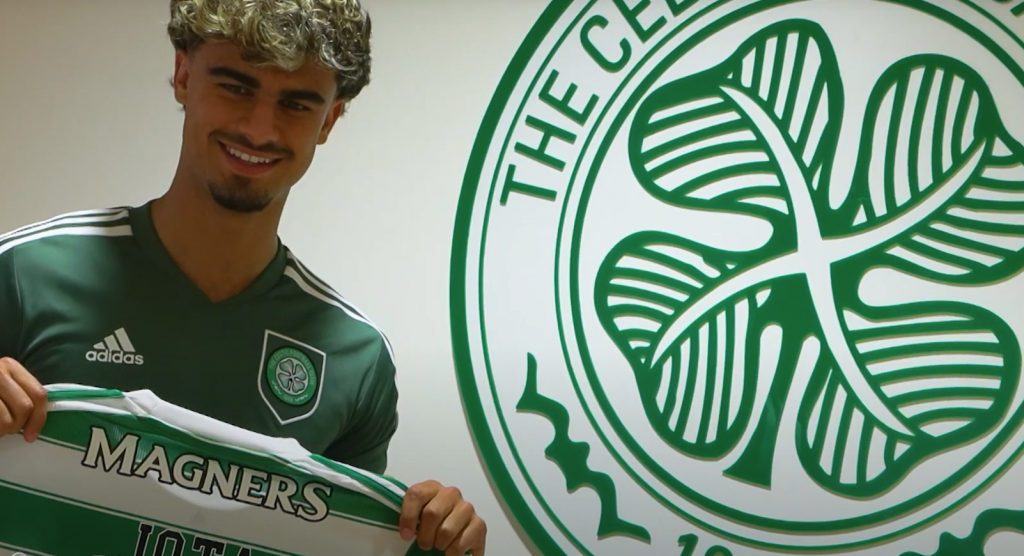 ON THE CREST…Filipe Jota looks forward to again playing in front of the “terrific” Celtic fans.

Jota added: “Ange has a philosophy of the game which wants us to be better in every training session and every game, so he aims for us to be better and better every week and that’s something a player likes because there’s no point staying on the same level always.

“Pre-season is always a very important time for us to prepare for what’s ahead because during the season we don’t have the time to be meticulous about all our tactics or whatever.

“So, we need to work hard now because this will be the place until the end of the season and that’s what we’re going to look for, to get the mind and the body ready for what’s coming.

THREE CHEERS…Filipe Jota holds aloft the Premiership silverware as he celebrates with Giorgos Giakoumakis and Matt O’Riley after Celtic’s 6-0 win over Motherwell on May 14. 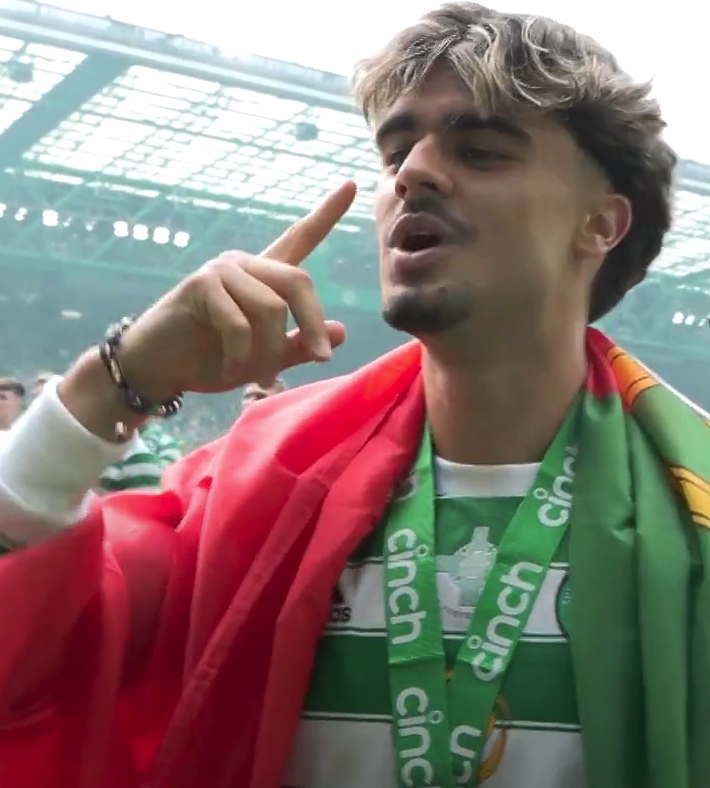 CHOIRBHOY…Filipe Jota conducts the Celtic singing following the final curtain call at Parkhead i May.

“Trophy Day was amazing. Once we got to the celebrations, everyone just entered in a pure state of freedom and that’s what happened.

“And I just want that thing to happen a lot of times, to give the joy and the happiness to our fans, and let’s work. We are here to work.”

Jota has followed former loanee Cameron Carter-Vickers in agreeing a permanent deal after the US international centre-back’s £6million switch from Spurs last month.

There is every indication the Greek-Australian gaffer has other targets in mind before the Hoops kick off the defence of their Premiership crown against Aberdeen at Parkhead on Sunday July 31.