JOHN KENNEDY watched calamity Celtic topple into the abyss of failure with a misfiring performance in the lamentable 2-0 Scottish Cup downfall at Ibrox yesterday.

The Hoops fumbled their way towards the end of an era with another dreary, disappointing and all-too-predictable performance.

Too many of the visiting players just didn’t turn up for the encounter that offered them their last chance of silverware amid the carnage of a wretched campaign. A truly dreadful term will limp to a conclusion with the team failing to win silverware for the first time in 11 years.

The caretaker gaffer, who took over after Neil Lennon departed in February, must have winced when some of his team, seeking the easy option, continued to play safety-first balls backwards and sideways – most notably full-backs Jonjoe Kenny, Diego Laxalt, in the first-half, and Greg Taylor, his replacement at the interval.

The on-loan Everton defender, in particular,  looked terrified to cross the halfway line and, as a consequence, the team lacked any width, especially with James Forrest being forced to sit it out again. 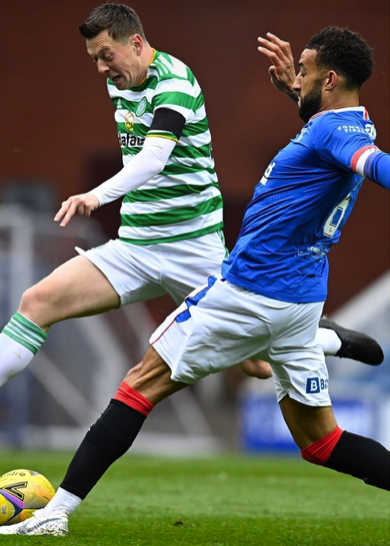 CRUNCH…Callum McGregor and Connor Goldson tussle for the ball.

Others failed to spark, including Callum McGregor and Ryan Christie, while Odsonne Edouard plunged into his own personal nightmare, contriving to miss a penalty-kick while also putting the ball over the bar from six yards.

Kennedy suffered his first defeat as interim gaffer at the sixth hurdle and said: “First-half, I thought we were passive and soft in our pressing and allowed Rangers to pass when they wanted.

“We probably lacked a bit of belief and I said that to the players at half-time both in how we defended and pressed and with the ball we were passing the ball for the sake of it for someone else to do the job.

“Second-half, we reacted. We went on the front foot and that’s when we are at our best.

“We made chances to pose the question and get it back to 2-1, but we weren’t decisive enough in the big moments.

“The big chances we had, we weren’t clinical. That’s when you need quality.

“We’re bitterly disappointed. Second-half was better, but this game was all about the result and nothing else.

“You can’t give cheap goals away and not be decisive at the top end, especially when you come to Ibrox. You may not create a lot of chances, so when you get them, you need to be decisive. That’s where Rangers have been better than us this season. 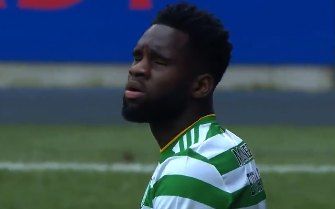 “It’s not for the lack of trying, They are working and trying their best. But sometimes when confidence isn’t quite so high, it can affect decision making and performance a little bit.

“I thought we were in a good position going into this game, playing well, got belief back.

“But there were little glimpses in the first-half where we lacked that belief again. So we have to get over that and show more character in terms of imposing our style on the game.

“The difference in the game is Rangers had a couple of half-chances, one breaks to them and the other one is a flash across goal, and they take them.

“We have not been in that form consistently enough to have that full belief.” 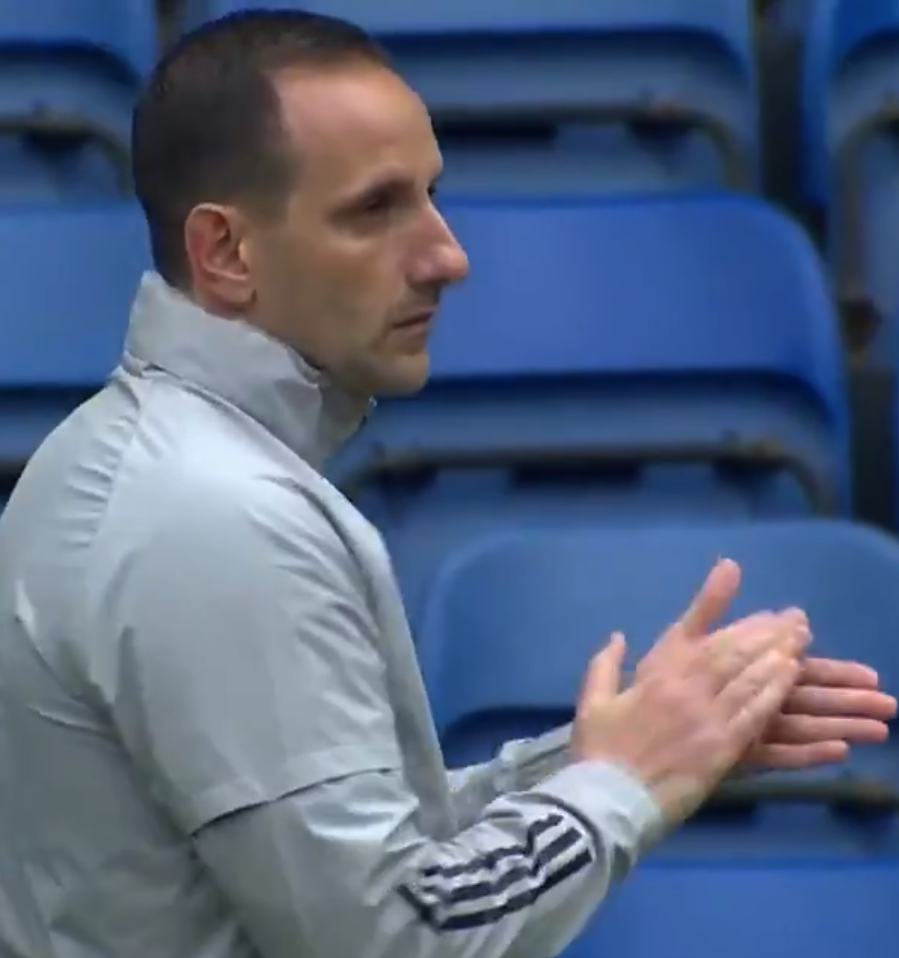 THE FACE OF DEFEAT…John Kennedy fails to get his players to respond.

Edouard’s feeble and badly-placed penalty-kick which was easily saved by Allan McGregor with 10 minutes still to go summed up a dismal day in Govan and Kennedy, speaking to the Daily Record, added: “We have been there before in terms of being relentless in front of goal and putting teams to bed.

“We have gone through a difficult patch this season when that has not been the case, for me a large part of it is confidence.

“You saw the penalty. He has scored many a good penalty for us, unfortunately it wasn’t the case.

“Even Stephen Welsh first-half, Moi Elyounoussi has had a chance. For a game like this that is more than enough to go and take care of the game and then, obviously, Rangers score two and that puts you on the back foot.”

The sad story of Celtic’s awful campaign summed up perfectly.