Celtic Quick News on News Now
You are at:Home»Latest News»‘GUTTED,’ ADMITS TURNBULL AT THE END OF AN ERA
By CQN Magazine on 19th April 2021 Latest News

DAVID TURNBULL will miss out on the feeling of lifting silverware in his debut season at Celtic.

The 21-year-old stylish midfielder, a £2.25million arrival from Motherwell in the summer, was one of the team’s top performers in the 2-0 nosedive into obscurity at Ibrox yesterday.

The holders turned in a calamitous performance to be dismissed from the Scottish Cup, the trophy they have won for the previous four years. Two first-half strikes – an acrobatic opener from Steven Davis and a sickening own goal from Jonjoe Kenny – obliterated any hope of success in the grand finale at Hampden on May 22.

The Betfred League Cup was meekly surrendered with an inexplicable collapse at home to Ross County in November while any hope of a tenth successive title was blown at the turn of the year. 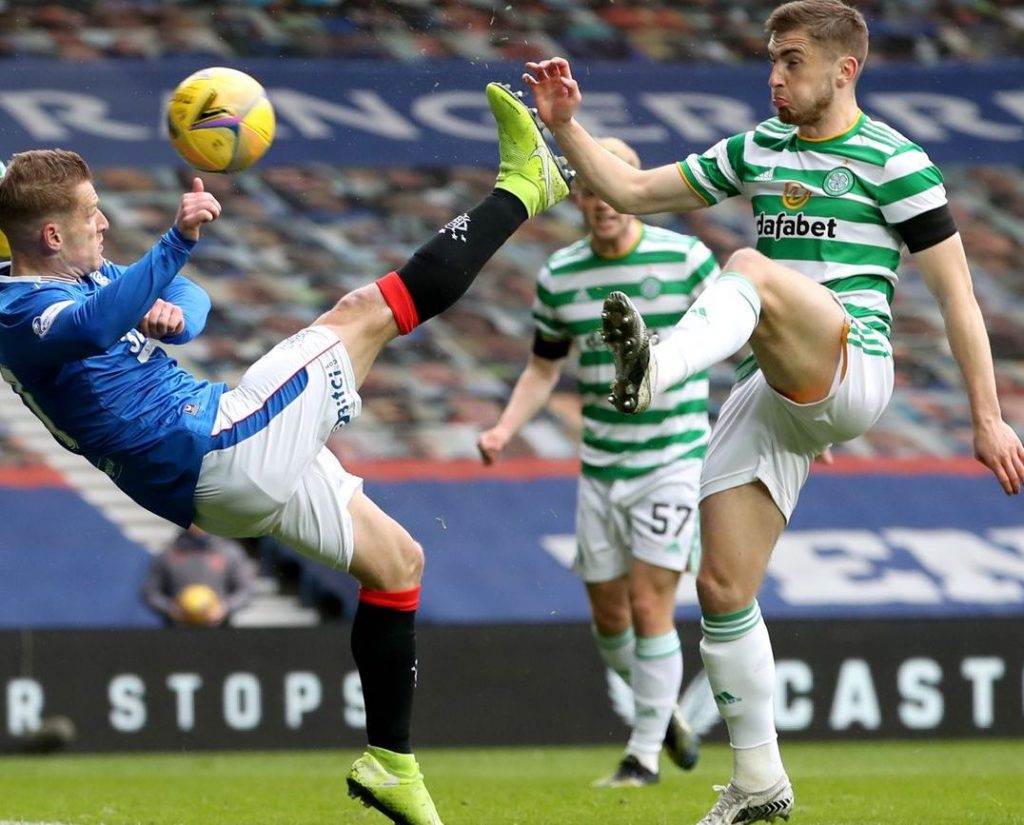 HIGH HOPES…Steven Davis reacts quicker than Jonjoe Kenny to a rebound to score the opening goal.

Turnbull has arrived amid the wreckage of a team clearly lacking in confidence and self-belief after achieving the phenomenal quadruple treble in such fabulous style.

The Scotland Under-21 international revealed the end of an era for the Hoops was ushered in by silence in the away dressing room yesterday.

For the first time in ELEVEN years, the Parkhead men will complete a campaign without a trophy to show for their efforts.

Turnbull, who was still at primary school when the spectacular silverware sequence kicked off, told the Daily Record: “It’s tough to take after all the success we’ve had. The dressing room was pretty quiet. The players weren’t really saying much. Obviously, we were all gutted.

“I feel we have been performing well as a team over the past however long it’s been. But it’s about being clinical and we’ve not been that.

“It’s been like that in a good few games this season. We created a lot of chances, but it’s about taking them at the end of the day.

“Since the start of the season, or since I’ve been in especially, it feels like we’ve created plenty, but not taken as many as we should have.

“I’m not sure what needs to change. We go into each game looking to win and getting some form until the end of the season and then pushing on and we’ll see what happens next season.”