NEIL LENNON has emphasised Celtic are in no rush to part with Kieran Tierney after a second bid from Arsenal was booted out.

And the Hoops boss reckoned the champions’ Scotland international defender is “a far more experienced and rounded full-back” than Aaron Wan-Bissaka who joined Manchester United from Crystal Palace for a whopping £50million earlier this month.

The Londoners made a derisory offer of £15million for Tierney over three weeks ago which was immediately rejected. They came back with an enhanced £25million bid at the weekend, but the champions were not satisfied with the structure of the bid and that, too, failed.

Emirates boss Unai Emery has now got involved – as CQN reported yesterday – in an attempt to push the deal over the line and there are expected to be further negotiations between the clubs before the end of the week.

Lennon, speaking to Sky Sports News, said: “We can’t do anything about what clubs do in England.

“The £50million for Wan-Bissaka is a lot of money and we feel that Kieran is a far more experienced and rounded full-back at this juncture in his career.

“He’s an asset for us and we do have a value for the player and we rate the player very highly. 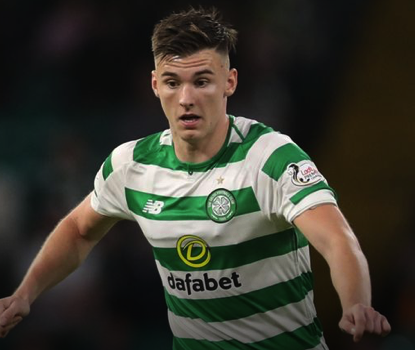 “So disrespectful is the wrong word, but we’re certainly not going to be pushed over in any negotiations and we’re in a very strong position with regard to a number of our assets in the team.

“I don’t know what Arsenal’s financial state is. I know what ours is and we are quite comfortable with the situation at the moment.

“There has been a second bid, the bid has been rejected and it’s as you were.”

Lennon added: “Kieran’s a great player and a great talent. He’s just 22 years old and has so much more to give to the game.

“It doesn’t surprise me that there are potential suitors. It’s a compliment for all the work he’s done over the years.

“He’s got a long-term contract and we don’t want him to go.”

The fans’ favourite is currently sidelined with a pelvic problem following a double hernia operation in the summer.