Celtic Quick News on News Now
You are at:Home»Latest News»LENNY DELIGHTED WITH PERFECT 10 – AND THEN FIRES WARNING
By CQN Magazine on 23rd August 2019 Latest News

NEIL LENNON has warned the Europa League play-off encounter with AIK Stockholm is NOT over, despite achieving a two-goal advantage at Parkhead last night.

Second-half strikes from James Forrest and Odsonne Edouard, with another exquisite free-kick, gave Celtic a 2-0 first leg triumph, as reported in the CQN match summary.

Now Lennon’s men face the return in Sweden on Thursday before they can think about taking their place in the group stages of the competition.

The Irishman saw his players dominate opponents without turning that superiority into goals and a third would have eased the pressure ahead of next week’s confrontation, but he was satisfied with what he had witnessed following a few rocky days after the disappointment of the Champions League exit and the nervy display before overcoming Championship outfit Dunfermline 2-1 in extra-time in the Betfred League Cup at the weekend.

Man-of-the-moment Forrest came off the substitutes’ bench to score the winner against the Fifers and the Scotland international winger was on target again with the breakthrough goal against AIK.

The 28-year-old forward and his frontline partner Edouard took their strike rate to 10 between them to put a smile on the face of their manager and give the fans something to cheer.

Lennon, speaking to the Daily Record, said: “Odsonne is playing brilliantly. He is in brilliant goalscoring form and is leading the line superbly. I can’t speak highly enough of his talent and mentality.

“He is becoming such an integral part and important figure in the team. His goal was absolutely outstanding.

“I think Jamesie’s underplayed in terms of the public image he has. I think that suits him, anyway.

RELIEVED…James Forrest and his Celtic team-mates Jozo Simunovic and Kristoffer Ajer after his opening goal.

“That’s five in five now, so we don’t take it for granted what he does.

“I was saying to him it looked like he had the hump with me when I took him off near the near the end, but I just wanted to give him a bit of a break.

“He’s an outstanding player. He’s got so much more to come. I’ve known him for a long, long time. He’s done wonders for me first time around and he’s doing it again. He can be delighted with his contribution, as can many of the others.”

Lennon snnubbed £10million defensive double-act Christopher Jullien and Boli Bolingoli against Cluj, but reinstated the pair against the Swedes to help the club to a crucial clean sheet.

Craig Gordon had so little to do he could have taken a seat in the stand alongside Fraser Forster, who agreed a season-long loan deal to return to the club from Southampton just before kick-off.

The Hoops gaffer added: “It was really important because we’ve not had one for three or four games. We defended resolutely when we needed to.

“The centre-halves were very strong and Boli played particularly well. Kris Ajer’s having an outstanding time of it.

“I was very pleased with Boli and, hopefully, that will settle him down. I thought Jullien had a great game, a strong game, as well.

“Maybe they’re not that bad, after all.

“We were big and physical when we needed to be and let the others get on with it.

“It’s an outstanding performance, a great team performance. We played particularly well in the first-half, but, in the second-half, we had real good control of the game. We could have scored more. 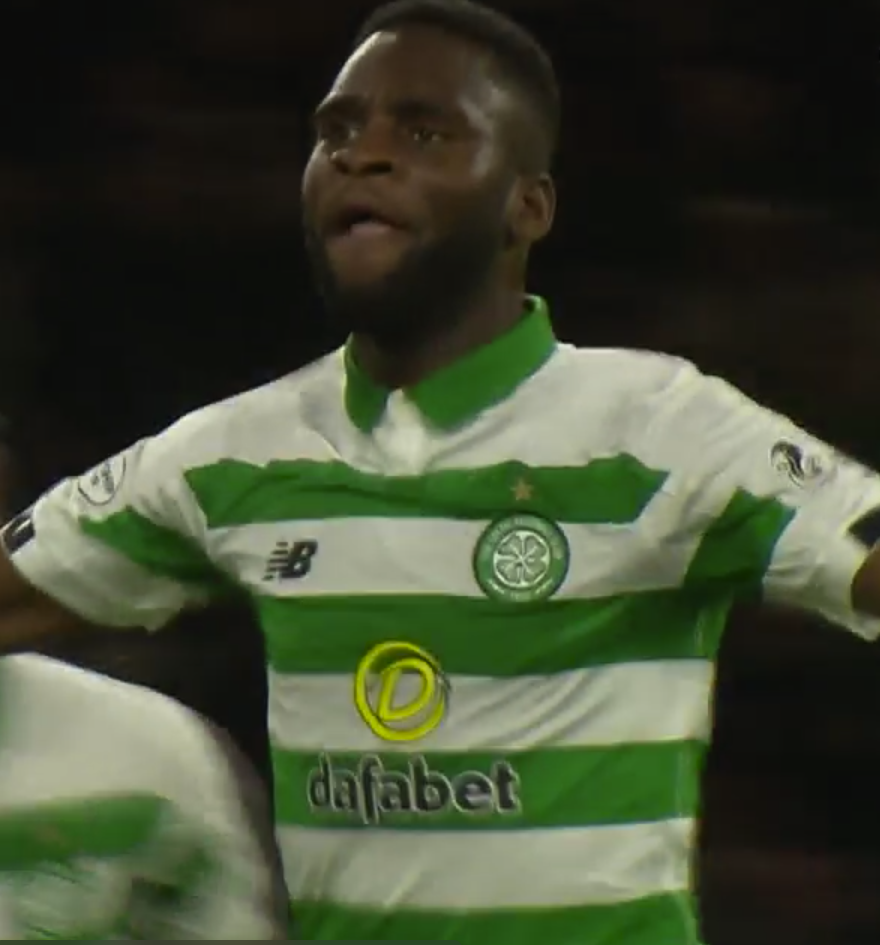 “You get greedy. We had chances, but again that would be nitpicking. The overall performance off the back of what has been a difficult few days was excellent. It can’t have been easy for the players and they went out there and played brilliantly.

“I’ve got to be delighted. All round, everyone was in good nick. Some of the football we played was great and we scored two fabulous goals.”

However, Lennon acknowledged the mission was not over and a tough 90 minutes lay ahead in Stockholm.

He added: “You never say it’s enough. We have a big game at the weekend and then we’ll approach the second leg against AIK as professionally as we always do, make sure we can get the job done properly and look forward to the group stage.

“We still have a very important 90 minutes ahead of us and we can’t take anything for granted.

“It’s a European tie away from home next week against the Swedish champions I expect it to be very, very tough. They have a good mentality, they won’t give up on the tie.

“We’ve given ourselves a foothold which is important and we need to see it through now.

“I’d take an away goal in the 90th minute so long as it gets us through.”