Celtic Quick News on News Now
You are at:Home»Football Matters»‘NO CRISIS,’ SAYS GARY MACKAY-STEVEN
By CQN Magazine on 14th September 2015 Football Matters
GARY MACKAY-STEVEN insists there is no crisis at Celtic following their Champions League qualifying failure and the weekend loss to Aberdeen.
However, the winger admitted the players will have to be stand up and be counted in the Europa League encounter against Ajax in Amsterdam on Thursday night.
GMS said: “It’s not a crisis in our eyes, to be honest. It’s early on in the season.

“We didn’t play as well as we could against Aberdeen. We know they are a good team and they punished us.

“A lot of people will be thinking: ‘Aberdeen will be riding high now’. 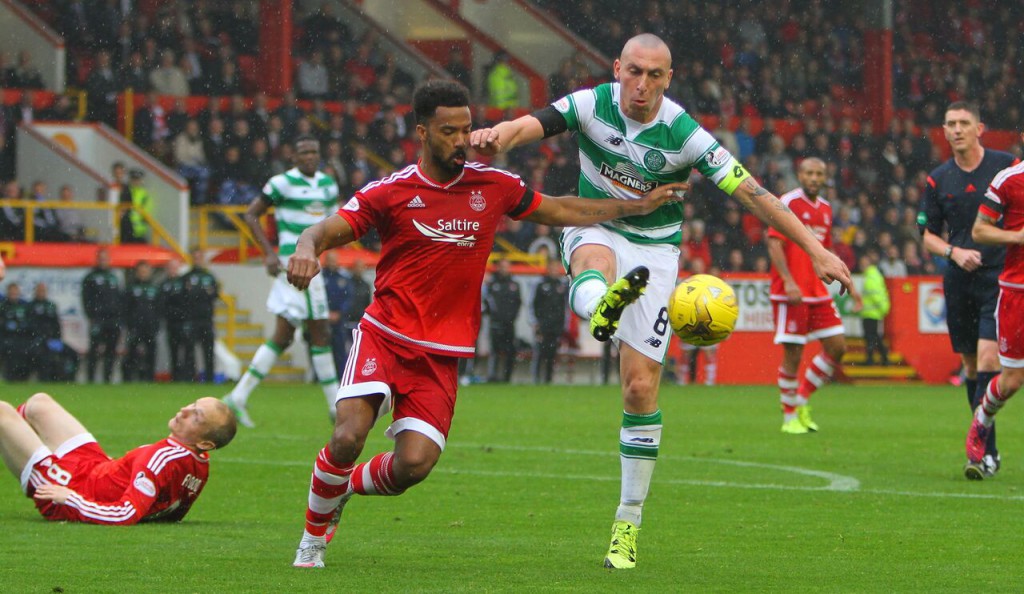 “We need to prove why we have been champions before and I think there are enough big characters in the dressing room to make sure that was just a one-off. I think we will put things right.”

Another European crunch awaits and the former Dundee United star said: “It’s good we’ve got a massive game to look forward to.

“We can put a lot of things right. It’s never nice. We’re not used to losing. It’s not the way the players approach the game. We have a winning mentality. Nobody accepts a loss.

“But they happen and we need to show what we are made of. Now Ajax can’t come quickly enough.

“It’s away from home and we will need to be at the top of our game if we’re going to take anything from it.

“We didn’t feel we played to the levels we can through one thing or another in our last away game against Malmo.

“So, it’s definitely a chance to showcase that we belong at that level and we need to prove it.”