CELTIC are used to getting close to glory in Seville and having to settle for the consolation prize.

It was so near and so far in 2003 in the UEFA Cup Final against Porto and it was a similar story tonight when the Hoops were two goals ahead against Real Betis in the opening encounter of the Europa League Group B encounter.

Goals from Albian Ajeti and Josip Jurnanovic, from the penalty spot, had the Parkhead side 2-0 ahead and then tricky Filipe Jota, one of the team’s best performers, blew the chance to make it three.

And then the roof collapsed in on the visitors with the home side scoring four goals without reply in just over 20 minutes to turn the game on its head.

IN THE SPOTLIGHT…Ange Postecoglou patrols the touchline in Seville.

Anthony Ralston headed in a third in the fading moments, but the damage had been done by some suicidal defending that sees Celtic still waiting for a win in Spain after 20 attempts.

This was the evening they should have ended that jinx. They moved the ball about superbly, looked dangerous and then lost the plot with a defence that is far too easily dismantled.

So, it’s another tale of European woe for the Parkhead side that just didn’t have the know-how to take advantage of their early superiority and invited the opposition back into the game.

There was no sign of disappointment and dejection in the 13th minute when the Hoops scored an excellent opener with some sweet movement all over the pitch. Tom Rogic and David Turnbull were involved before Jota flighted over an inviting ball from the right. 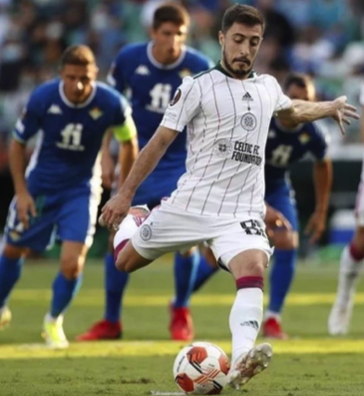 NUMBER TWO…Josip Juranovic prepares to thump in his penalty-kick. 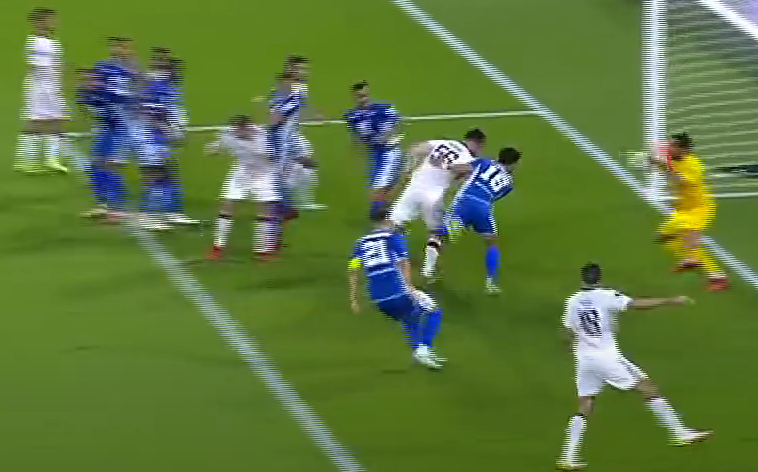 Albian Ajeti threw himself at the ball and deflected it beyond Claudio Bravo. As the visitors celebrated, the ref held up proceedings and they had to wait while VAR examined the validity of the effort. After a lengthy wait, the goal was eventually – and deservedly – given to Ajeti.

Captain Joe Hart was called into a good block before Rogic volleyed one over the bar and Turnbull was also just off target.

But the second goal arrived in the 27th minute when Ajeti was hauled down by keeper Bravo as he raced onto a pass from Turnbull and a penalty-kick was the only sensible outcome.

Josip Juranovic was elevated to take the award and the Croatian defender scored his first goal for the club with an accomplished effort that thundered over Bravo’s right shoulder.

But two goals in two minutes shook Celtic to the core when Jaun Miranda pulled one back after he took advantage of some weak and indecisive defending to leave Hart helpless and then Jaunmi was played onside by Cameron Carter-Vickers to fire in the leveller. 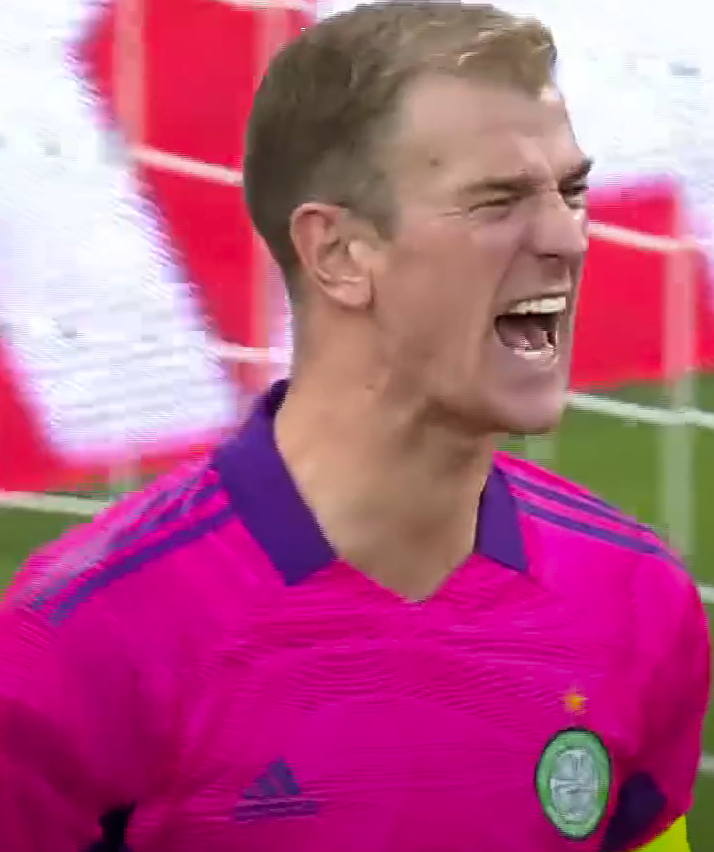 BIG NOISE…Joe Hart ‘has a word’ with his defence.

A minute after the turnaround, Rogic set up Ajeti, but the Swiss striker was wayward with his finishing and the Hoops were made to pay a heavy price.

Betis went ahead when Borga Iglesias got in front of Carter-Vickers and Carl Starfelt at the near post to turn in a left-wing cross and moments later the home side netted a fourth.

Carter-Vickers gave away a needless corner-kick on the left and the defence failed to deal with the cross with Juanmi slamming a low shot in off the upright.

It was sickening for Celtic after having so much possession, but once again a flimsy defence had no answer to questions asked by the opposition.

Postecoglou made a change when he withdrew Ismaila Soro for James McCarthy in the 57th minute and the Hoops were out of luck when Rogic smacked a volley off the right-hand post with Bravo helpless.

Turnbull threw Postecoglou’s men a lifeline with a neat free-kick from the left that was thundered behind Bravo by the inrushing Ralston, but there was to be no comeback on an evening where the team managed to shoot themselves in the foot with some lamentable defending.

Hart, Rogic, Jota, Ajeti and Turnbull certainly got passmarks, but others struggled to see it through.