Celtic Quick News on News Now
You are at:Home»Latest News»SIMUNOVIC AND DENAYER FRUSTRATION FOR CELTIC
By CQN Magazine on 31st August 2016 Latest News
CELTIC central defender Jozo Simunovic’s proposed £4million move to Torino has fallen through.
The 22-year-old Croatian international, who has been dogged by injury since moving to the Hoops in September last year, travelled to Italy and is believed to have passed a medical.
However, it appears the Serie A outfit decided to attempt to make the move a temporary one-season deal which did not suit the Parkhead side.
When asked if he was happy to return to Glasgow if a move failed to materialise, Simunovic replied:  “Yes, of course, that is no problem for me. I am ready to go back if the clubs cannot find an agreement. I just want to play football.”

Simunovic has only made 17 appearances for the Hoops – his last in January against St Johnstone. 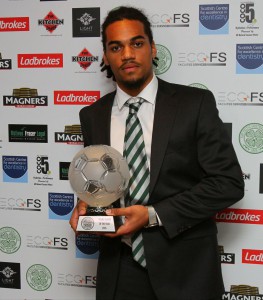 Brendan Rodgers will now be able to add him to his central defensive partners Kolo Toure, Erik Sviatchenko, Eoghan O’Connell and Dedryck Boyata with Mikael Lustig also around as a back-up.
Once central defender not arriving is former Scottish Young Player of the Year Jason Denayer. Despite Celtic’s best efforts today the player looks to be heading for Sunderland as Manchester City preferred to loan him to a Premier League club only.
The Belgium international has the relegation dog fight Davie Moyes has promised the Sunderland fans to look forward to rather than the excitement of the Champions League with Celtic.