CARL STARFELT has suffered a setback as he attempts to make sure he will be fit to face Aberdeen in the opening Premiership game of the new campaign at Parkhead on Sunday July 31.

The 27-year-old Swedish centre-back is still trying to overcome a hamstring injury he sustained during his country’s Nations League clash with Slovenia at the beginning of last month.

Starfelt is with the champions’ squad at their Austrian base, but won’t figure against Rapid Vienna tomorrow or Banik Ostrava in the Czech Republic on Wednesday while he goes through rehab. 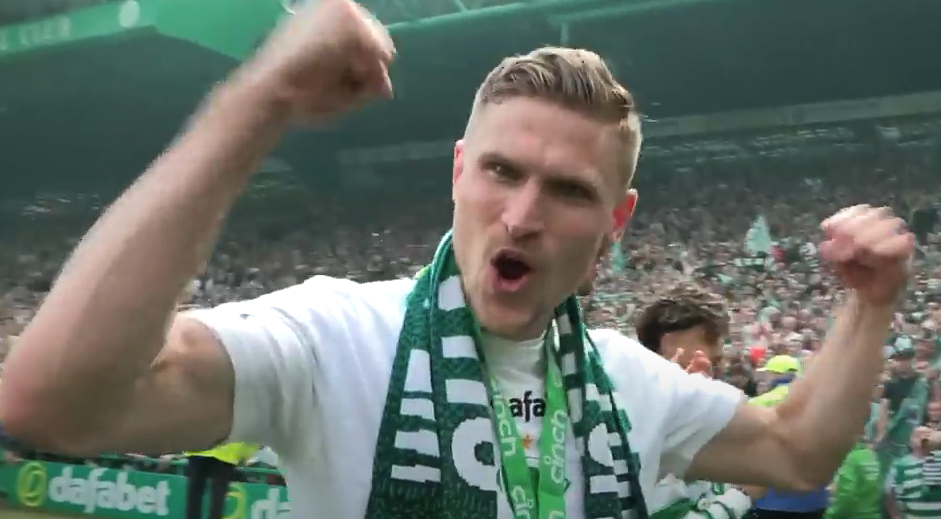 PARADISE…Carl Starfelt celebrates Celtic’s title success after the 6-0 victory over Motherwell on May 14.

The Greek-Australian, speaking to the Scottish Sun, admitted: “We’ve got a couple of guys with niggles.

“Obviously Carl, and Josip and Liel trained well this morning. We had a hard session this morning, so he might have pulled up slightly. I haven’t spoken to him. But we’ve got nothing significant.

“Carl is the one who will probably miss a lot of this pre-season. But we’re pretty confident we’ll have him back for the start of the season.

“Everyone else should be fine for the bulk of this pre-season, hopefully.” 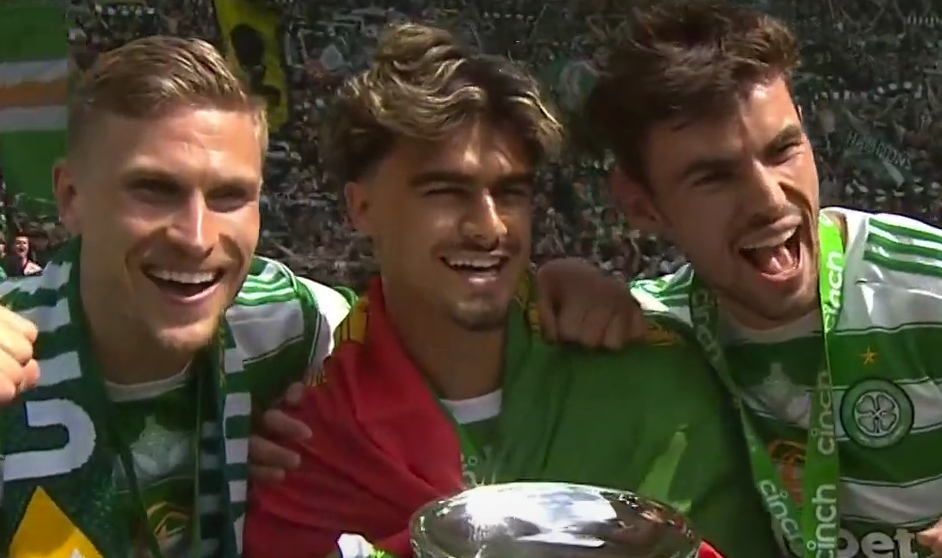 To be fair to the new Bhoy, he was pitched in against Hearts at Tynecastle for the league opener only two days after arriving in Scotland, but he picked up the pace as the season unfolded.

By the turn of the year, Starfelt and Cameron Carter-Vickers had cemented their partnership in the middle of team’s rearguard and Postecoglou will be aiming for the same again in the new campaign.