CRAIG GORDON has remained positive in the wake of the awful disappointment of crashing out of the Champions League.

The Celtic keeper was blameless as AEK Athens edged a 3-2 aggregate triumph to end the Hoops’ ambitions of playing in the group stages for the third successive year.

And Gordon has warned his team-mates not to mess up the opportunity of making an impact in the Europa League.

Before the Parkhead outfit can look at that competition they will have to negotiate a play-off.

Lithuanians Suduva and Latvians Spartaks Jurmala will fight it out tonight for the right to face Celtic over the next fortnight and the Scotland international No.1 insisted no-one can take anything for granted.

Gordon said: “We can do well in the Europa League. However, we need to get there first. It was always going to be a tricky tie no matter who we end up with and we have to make sure we’re in the group stages first before we start looking ahead.

“We’ve got to get back to winning ways in our next game. We have to ensure we win next week.

“Of course, it was disappointing against AEK, but we have to pick ourselves up and try to go on a winning run.” 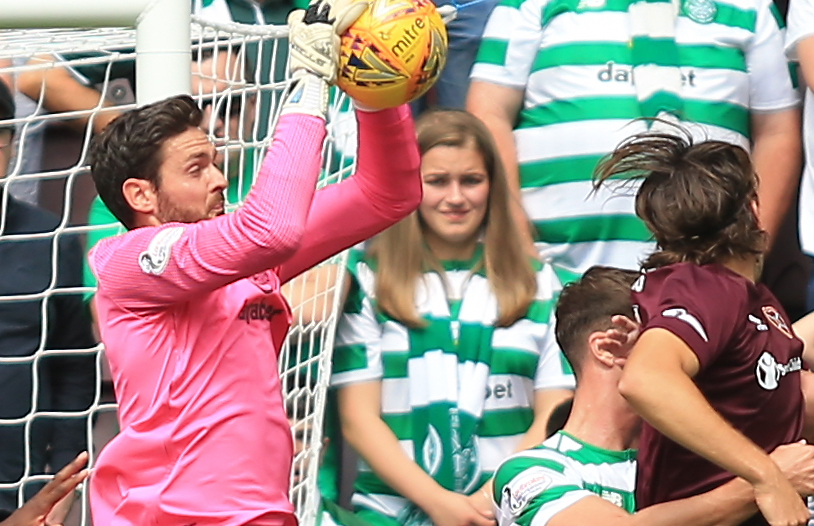 Poor defending brought about the downfall of Brendan Rodgers’ team against the Greeks and Gordon said: “We played well in the two games, we had most of the possession, dominated the games, but ended up getting beat.

“We’ve lost bad goals in both games. We can’t deny that. As a team, we’ve not managed to defend it and you can’t go pointing fingers.

“Everyone’s back for free-kicks and we didn’t do our jobs. We lost two headers in a row and lost a goal for their second.

“That’s disappointing. As a collective group, we played the game fairly well. Tactically, we were good and we passed the ball really well.

“We also created a few opportunities. Maybe not as many as we needed to, but we played a good game. We just didn’t get the goals. Their second goal gave us a mountain to climb.

“We nearly climbed it. The last 10 minutes we did really well, pushing forward. We just couldn’t create that second clear-cut chance for what would have been a winner.”

Jozo Simunovic came closest in the fifth minute of stoppage time with a flick which curled just wide, but Gordon said: “It was always outside the line of the post, so I knew it was never on target. I was right behind it.

“I never thought at any point it was that close because I could see the distance between the ball and the post. It was never curving back.

“As I said, I felt we felt we were the better team. We played better. But we’ve lost bad goals and it doesn’t matter how well you play in the game if you shoot yourselves in the foot like that and lose bad goals.

“In that situation you’re always going to be up against it.”