Celtic Quick News on News Now
You are at:Home»Latest News»‘GET OFF OUR BACKS,’ GRIFF
By CQN Magazine on 16th August 2018 Latest News

LEIGH GRIFFITHS has told Celtic’s over-the top critics: “Get off our backs!”

The striker and his team-mates are crestfallen following their Champions League exit against AEK Athens only three days after losing to Hearts at Tynecastle.

Brendan Rodgers has now sampled defeat in back-to-back games for the first time as the Hoops gaffer and he is also being forced to deal with the non-appearance of Dedryck Boyata in the Greek capital.

Snipers have now opened fire on the manager, the board and the players with some claiming the bubble has burst.

But Griffiths hit back: “It does say it all about the standards set here.

“People will jump on that bandwagon that Celtic’s in crisis, blah, blah, blah. But it’s been two losses on the bounce for the first time since the manager took charge.

“That’s over two years now. As disappointed as we are to be going out of the Champions League, that’s not bad, is it?

“Does that not say it all about us as a squad? Yes, people might jump on it and say the squad’s not good enough and everything else. 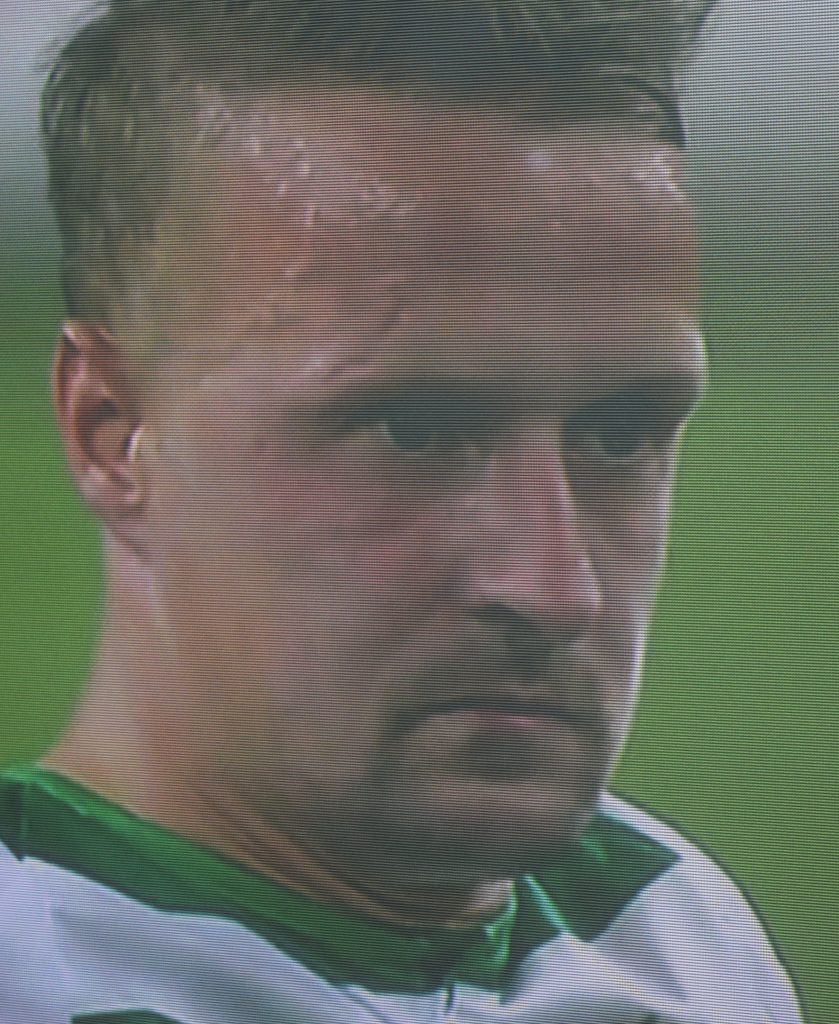 “But it’s still the bulk of the squad that won the double treble which is an incredible feat.

“We’ve not had this kind of disappointment in a while and it’s hard to take.

“Given circumstances, the things surrounding the club at the moment, everyone seems to be saying there’s a bad spirit with the manager and the board and everything else.

“But all I can say is that everyone is still together. We’re fighting for the same cause.

“Yes, we’ve had two bad results. But we need to pick ourselves up. As players, we need to stick together, get back on the training pitch, work hard and recover well. We’ve got a busy couple of weeks coming up.”

Rodgers felt let down by Boyata’s no-show, but  Griffiths said: “To be fair, the boys weren’t really concentrating on that.

“We had a job to do, regardless of what’s been said about Dedo and his agent. Whatever happens to Dedo is up to him, his representatives and the club.