ANGE POSTECOGLOU admits the sudden and unexpected departure of Dominic McKay on Friday was a surprise to him.

However, the Celtic manager hinted the outgoing chief executive may not have been the man who arranged his move from Japan to Scotland.

Postecoglou revealed he already has a strong working relationship with Michael Nicholson, the club’s Legal and Football Affairs guru, who has taken over the role on a temporary basis.

He said: “We have to be careful with the narrative of who brought me to the club.

“I was surprised as anyone that Dom resigned, but I am going to be respectful of him and his family. When people cite personal reasons, there are reasons for that.

“Michael is now in charge and that’s good because I already know him.” 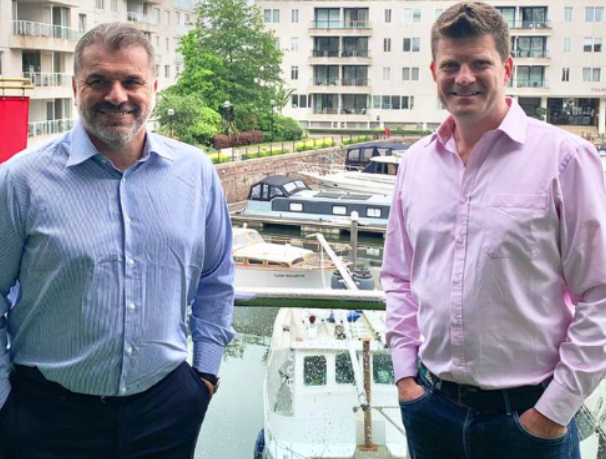 THE WAY WE WERE…Ange Postecoglou meets Dom McKay for the first time in London on June 18.

The Greek-Australian gaffer was asked about the McKay exit before the 3-0 Premiership win over Ross County at Parkhead where Albian Ajeti claimed two goals after a deflected effort from debutant Cameron Carter-Vickers had opened the scoring.

Postecoglou, in a BBC Radio Scotland interview, admitted his surprise and said: “I’m not across all aspects of the club, my focus over the last 48 hours has been on preparing the team for today. So that’s where I’ve had my mind.

”My relationship with Dom was good. It’s been good with everyone in the club.

“I came in late in the piece and I’ve had a hell of a lot of support within the club and outside the club to make sure I could hit the ground running, that includes Dom. The club has done all it can to support what we have in place.”

Asked about Nicholson’s position, he answered: “I know Michael well. He’s one of the ones who has been very supportive of me. I’m sure he’s keen to put his own impact on it. 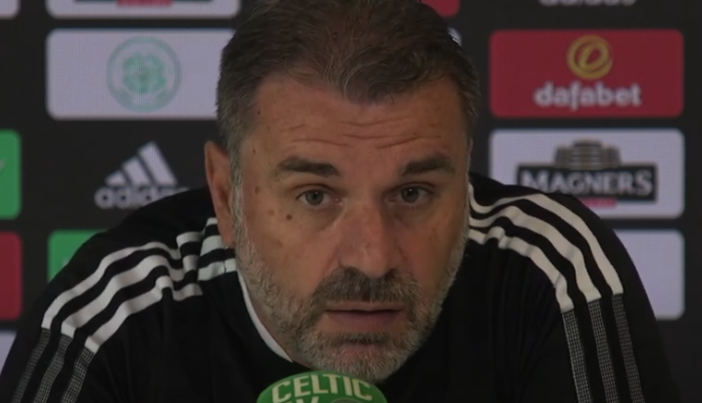 “If you think between those four walls in the dressing room there’s been anything other than discussion about Ross County over the last two days you’re missing the point of what we’re all about.”

Postecoglou then pushed back on any suggestions that a Director of Football should be a part of any possible Celtic future boardroom restructure.

He said: “I’ve never said anything about a Director of Football. Do I need one? What I need is to continue to build a football club and a football team that can bring success to this great institution.

“What I’ve never done over the course of my whole career is do what other people suggest. I’ll always do what I feel is the best for the situation.

“We’ve come through a really hectic period where I felt getting our squad together was the number one priority. Now I get the chance to build a structure around it.

“If I feel changes need to be made, I will make them, but at no stage has the board, or anyone else at the club, got in the way of me doing anything.” 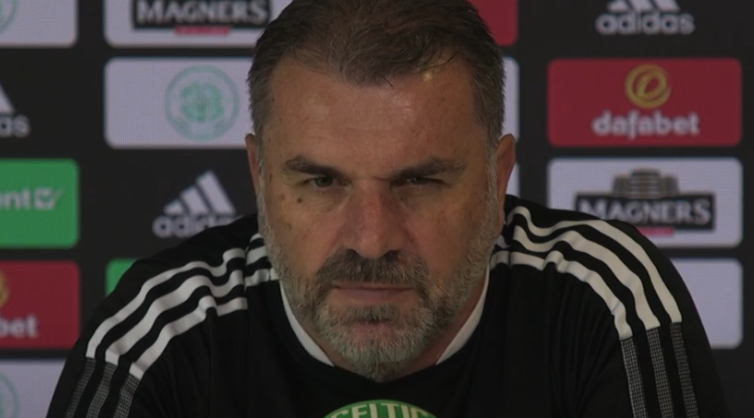 In an interview after the team’s third successive home league win that has seen them score 15 goals and concede none, Postecoglou admitted he welcomed criticism from the Hoops support.

A section of fans raised a banner which read ‘A Board Like No Other’ and, asked about the reaction of the followers, the Hoops boss, speaking to the Scottish Sun on Sunday, answered: “We are all transient figures at this great club.

“The constant is the fans and they expect us to get on with it. I’ve done that throughout my career and will continue to.

“Everyone is allowed to express opinions in whatever way they choose to, our job is to send the 60,000 who are here home happy and that goes for the millions around the world.

“Sometimes it’s good to be kept on your toes and I am sure our supporters will do that.”