NEW Bhoy Cameron Carter-Vickers is hoping he can mark his Celtic debut with a goal.

The on-loan Spurs centre-back saw his 64th-minute 25-yard shot take a deflection as the ball looped up and over the head of helpless keeper Ross Laidlaw for the breakthrough strike in the 3-0 win over Ross County at Parkhead yesterday.

Southend-born US international Carter-Vickers said: “I think it was on target, so I think I’ll get the goal. Sometimes in these kind of games, you need a bit of luck. If you keep going and keep pushing forward, luck comes and that’s what we needed. 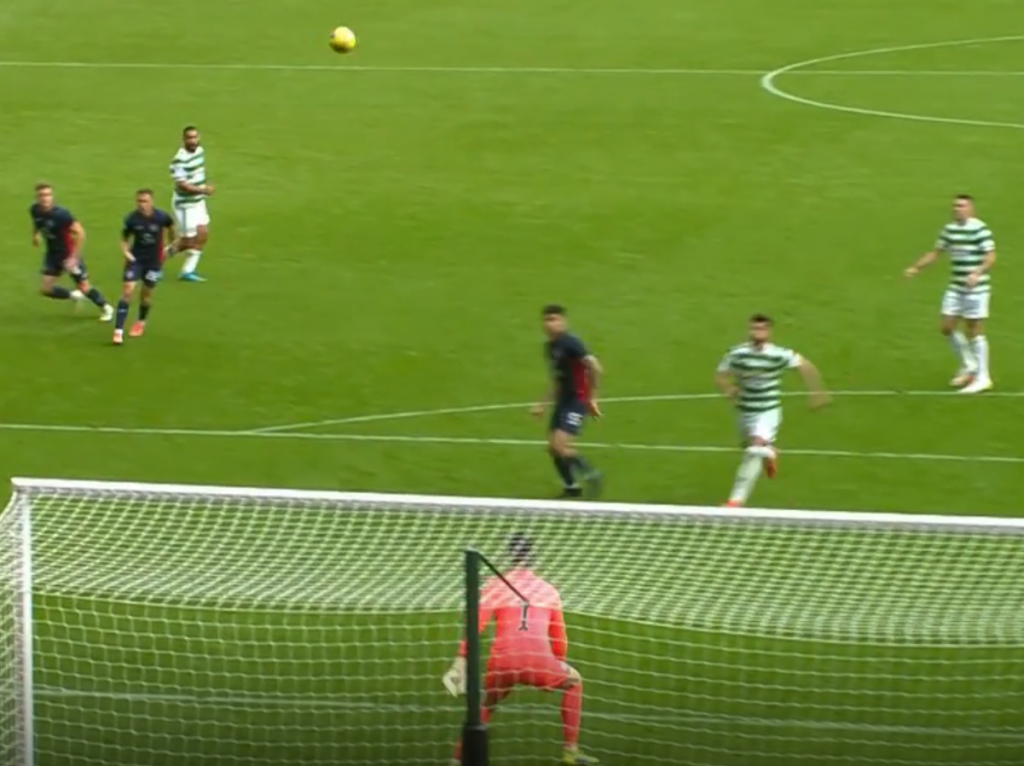 UP IN THE AIR…Cameron Carter-Vickers (third left) watches the ball soar on its way into the back of the Ross County net. 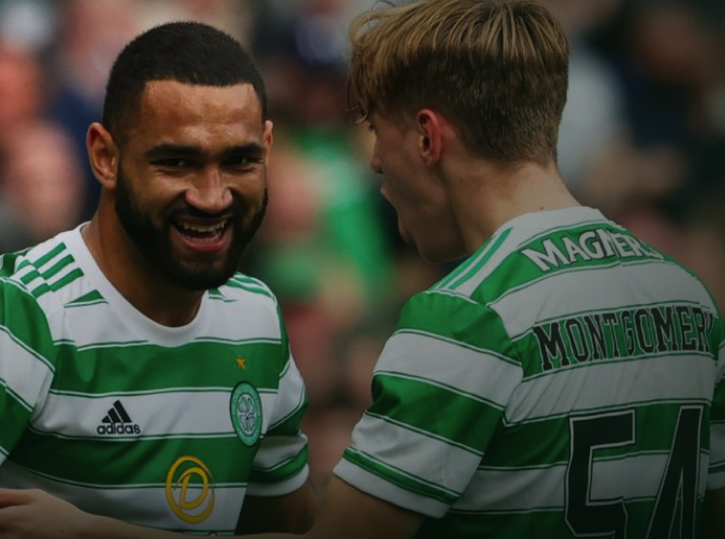 “I thought we played well. We persisted as they were tough to break down as it took a bit of time to get the first goal and then the other two.

“But I thought we played fairly well, although there are things we can improve on, defensively and going forward, but I think that will come.”

Carter-Vickers, who agreed a season-long loan on deadline day, was also voted Man of the Match online, a vote that was roundly cheered and agreed with by the capacity crowd at the ground.

The 23-year-old defender, speaking to Celtic TV, added: “I’m delighted, playing in front of 60,000 is great, the atmosphere was good and I’m looking forward to playing here more.”