Celtic Quick News on News Now
You are at:Home»Other»Another Easy Title Win Next Season?
By Tom Murphy on 15th June 2019 Other

Newco didn’t really come close to troubling Celtic last season, did they? They’ll no perhaps improve next season under Steven Gerrard, but with such strength in depth throughout Neil Lennon’s squad now, and with a few new faces undoubtedly set to arrive at Parkhead before the start of the season, will it be another easy title-winning season for the Bhoys? Arguably so. But there are some things to think about ahead of the new season in the Scottish Premiership. 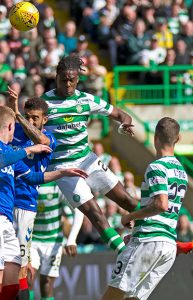 Newco Will Get Better

Steven Gerrard will not like being without a trophy for long. Far from it. You can get around 9/4 on Newco to pip Celtic to the league title, whereas Neil Lennon’s side are around 1/3. All of the popular, well-known bookies like bet365 have their prices up ahead of the new season, so if you want to back Celtic to win it again, have a look at who offers the best price and go for that.

Gerrard will also look to the cup competitions as a chance to win some silverware, but as long as Celtic are in the competition, they won’t have it easy.

The Newco manager has already started to improve his squad ahead of next season with the arrival of former Killie forward Jordan Jones. Ex-Rangers frontman Kris Boyd fully expects him to hit the ground running. Whether he slots straight into the starting lineup is for Gerrard to decide, but he’s a threat.

Newco may be tough opponents next year, however, Celtic, on paper, still have enough about them to win another title at the expense of their challengers. 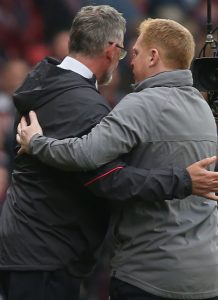 Can Anyone Else Trouble Celtic?

In a word, no. Aberdeen might be the only other club who can trouble the champions, but they certainly aren’t good enough to win the league. They’ve always been there or thereabouts, but that’s probably all they will be for the foreseeable future.

Hibs will be a tricky fixture when it comes around. They managed to win one and draw one against the Bhoys at Easter Road last season. But again, they won’t have enough to trouble Celtic at the top over the course of a season. Hearts don’t have enough about them, and Kilmarnock are in the same boat; good on their day but just not enough to trouble those at the top. The rest of the teams in the league will raise their game for the matches against Celtic, but you can’t see many points being dropped at home or away really.

The Champions League is arguably the pinnacle of any player’s club career. There have been some magical nights in the Champions League for Celtic fans over the years. Celtic aren’t going to come close to winning it next season, let’s get that straight right away. Will they even qualify for the group stage? Hopefully. However, with the fixture congestion, a Champions League campaign can hinder league form.

Celtic begin their journey in the first qualifying round at the start of July. There are fans that aren’t happy at yet another early start to the season, but there are plenty of others who think that these early and meaningful games are far more beneficial than a boring friendly. Fitness levels will rise quicker, and it will give the squad a competitive edge heading into the season’s opener.

If Celtic manage to get to the group stage, only time will tell if it will have a negative effect on their league form. Rangers have their own European issues to don’t forget with the Europa League. They begin their journey at the same time, so there’s no real advantage for either club. The only advantage might come if one club makes it to the group stage, and the other doesn’t.

The Old Firm clashes will be another great spectacle again this season that’s for sure. What’s far less certain is where the Premiership title will end up by May 2020. Celtic are favourites once more, but Rangers will push them every step of the way. Neil Lennon needs to stay focussed all season, and he may need to call on some youngsters to produce the goods when if the fixtures begin to pile up.

Oli Burke recently showed Lennon that he was wrong to leave him out of the Celtic team at the back end of last season with a couple of fine displays for Scotland. And maybe the Celtic manager needs to be careful with some of his choices next season to ensure he has the best possible dressing room to go for another treble. It’s going to be another exciting season in Scotland.

Tom Murphy
Do Not Sell My Personal Information
This site uses cookies: Find out more.