BOLI BOLINGOLI has revealed he could be involved in a family at war if Celtic do not beat Cluj in Romania tonight.

A victory for the Hoops in the final Europa League Group E encounter could open the door to Lazio making the last-32 of the tournament.

And the Belgian left-back has been asked to do his cousin Jordan Lukaku, who plays for the Serie A outfit, a massive favour by keeping their foot on the gas despite already winning their section which will give then a top-seed position in Monday’s midday draw in Nyon.

Neil Lennon’s men, of course, beat the Rome-based side home and away to put the Italians under pressure to battle their way through to the knock-out stages of the competition in February.

Bolingoli, who arrived in a £3million switch from Rapid Vienna in the summer, has been struggling to overcome injury in recent games with Jonny Hayes and Greg Taylor taking over the No.3 duties.

The defender hopes to return for this confrontation and, speaking to the Daily Record, admitted: “I got a message before we left Glasgow from Jordan saying we’d better win the game because they need to go through.

“Most of the time, we speak after Europa League games about what happened.

“Let’s say after the first Lazio game, he was saying we were lucky and the second game was coming, so we’d see what happened then.

“The second we showed them again, so I was like: ‘What happened now?’ He couldn’t say anything! The messages stopped. I was like: ‘Thank you, bye!’.” 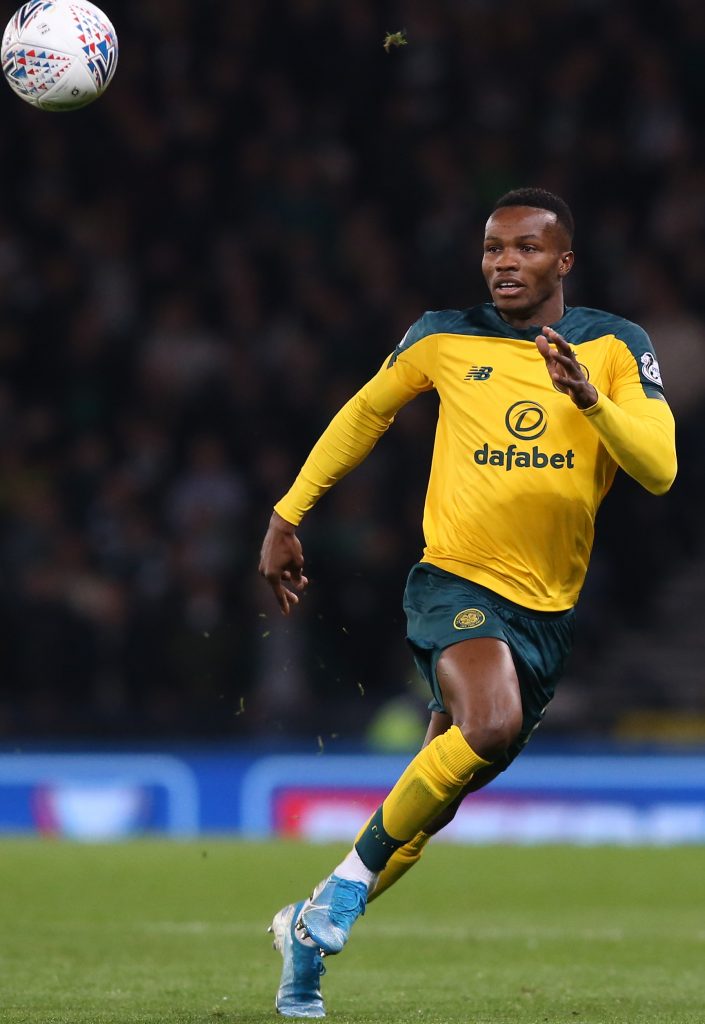 Boligoli reckons the Hoops have answered some of their critics with their four wins and a draw from their five group games and said: “A lot of teams underestimated us, like Lazio, the last game against Rennes. They came with a B team and I was like: ‘We are Celtic, show us some more respect’.

“We showed we are a big team with quality players.

“We are first and I think if you see the whole campaign we deserve to be first and let’s hope we can continue until the end.

Celtic won their first trophy of the campaign with their 1-0 Betfred League Cup Final triumph over Steven Gerrard’s Ibrox side where the defender had to watch the action from the Hampden stands.

He added: “I was really nervous on Sunday. I don’t know why. It was a difficult game. It feels different when you’re on the bench or watching from upstairs.

“I even watched the penalty because I was really confident about Fraser Forster. He’s doing very well and, hopefully, he can help us a lot more in the future.

“When you see the players playing you want to be out there. But it was a nice game and I’m very happy to have my first Cup medal with Celtic.

“After you forget everything. Just to win against Rangers, if you play or not you don’t think about it afterwards.

“I can only be proud to be a part of this team. Of course you want to play, but it’s a Final. When you win you forget everything.”

Bolingoli is poised to play against Cluj and added: “The coach is giving a few players a rest. It’s important for me to get some minutes again after a few weeks injury.

“The game is going to be a nice one to give chances to other players who haven’t played and to show their qualities.

“Every game we go into we go to win it. This game is the same. Even though Cluj need a point, we want to go back with three points and to finish the Europa League campaign in a good way.”

* DON’T miss the unbeatable match report from Cluj v Celtic this evening – only in your champion CQN.