The Hoops skipper will almost certainly lead out the team in the game against Livingston at Parkhead on Saturday where a victory will put them in pole position in the Premiership.

But McGregor was left with two nasty gashes in his right shin following the wayward challenge from the Edinburgh club’s defender who was returning to the team after a suspension following a sending-off at Ibrox. 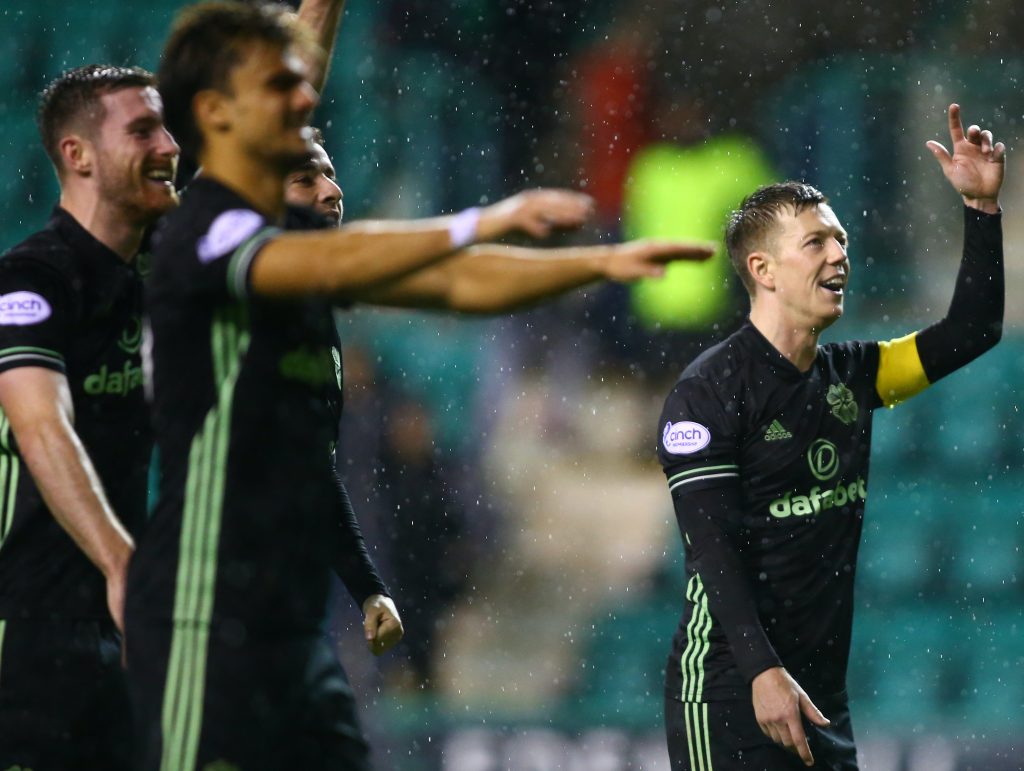 CHEERLEADER…Callum McGregor leads the Celtic players in the victory celebrations.

Porteous was booked by referee Don Robertson and a free-kick awarded to the visitors for the obvious infringement, but there were calls for a straight red card.

Thankfully, McGregor was able to complete the 90 minutes as he piloted his team-mates to a fourth successive league triumph – three away from home – over Aberdeen (2-1), Motherwell (2-0) and St Johnstone (2-0).

Goals in the first half-hour from Anthony Ralston, Cameron Carter-Vickers and Kyogo Furuhashi gave Ange Posetcoglou’s side their first Premiership win in Leith since January 2014.